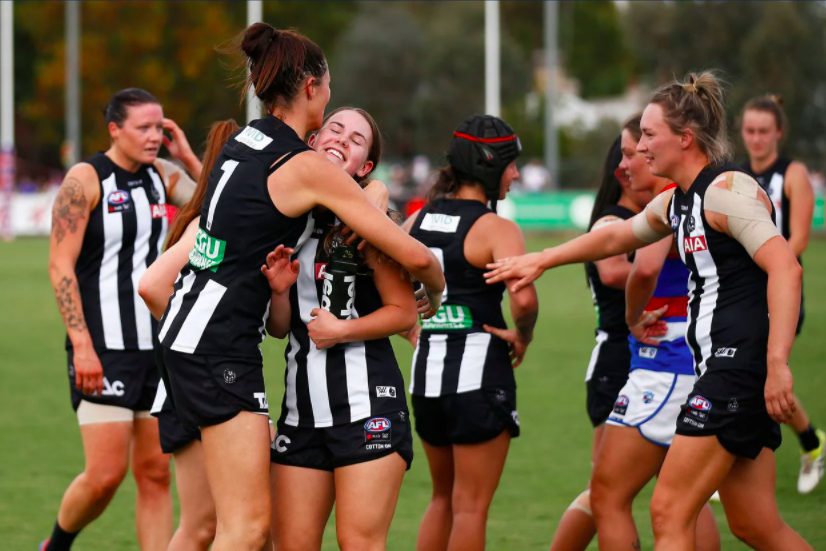 ROUND 6 of the 2021 AFL Women’s season saw no margin drop below 30 points, with a number of fresh faces continuing to make their mark on the competition having established their roles in each team. We run you through how Generation W’s generation next fared across the latest weekend, focusing on players in every match under 21 years of age and from the most recent draft crop.

It was no surprise to see Ellie McKenzie again feature among Richmond’s best players, despite the Tigers being comfortably defeated by North Melbourne. The number one pick gathered a team-high 16 disposals and laid four tackles. Roos rookie Bella Eddey hit the scoreboard in her side’s win, sneaking home a major in the first term before finishing with five touches, two marks, and two tackles.

Brisbane fielded the only under 21 first year players in its clash against Greater Western Sydney (GWS), with Courtney Hodder and Indy Tahau establishing their spots in the starting side. Both players notched seven disposals and showed promise forward of centre. Hodder was particularly impactful with her touches, kicking a goal and managing four inside 50s while also laying six tackles in the big win.

Adelaide’s forward potency proved far too much for Gold Coast on Saturday, with first year gun Teah Charlton playing her part in the 70-point rout. The number four pick notched her second-highest disposal haul (13), which included four inside 50s but no major scores. Gold Coast’s Lucy Single managed the same feat, except with 12 touches to go with four tackles and three marks. She was the pick of the Suns’ draftees ahead of Wallis Randell and Daisy D’Arcy.

Fifth and sixth picks Alyssa Bannan (Melbourne) and Tyanna Smith (St Kilda) ran out for their respective sides on Saturday, as the Dees won out in style at Casey Fields. Bannan was one of two players to notched a couple of goals in her usual forward role, while fellow first year Demon Eliza McNamara also kicked a major among her 11 touches and three inside 50s. Smith dropped below 10 disposals for the first time in her career, ending on seven.

Geelong young guns Darcy Moloney and Olivia Barber returned to senior action as the Cats suffered another hefty loss, but showed some promise individually. Barber was a lively forward target for her four touches and single goal, while Moloney had a career best nine disposals and three inside 50s from further afield. Unfortunately, outstanding Carlton draftee Mimi Hill was confirmed to have torn her ACL on the day, ruling her out for the remainder of the season.

Collingwood and the Western Bulldogs continue to blood promising youth, and both sides fielded debutants in their clash on Sunday. Magpies forward Abbi Moloney booted two goals in her maiden outing, while the Bulldogs’ Isabelle Pritchard spent some time in midfield and had six touches.

Collingwood father-daughter selection Tarni Brown had her consistent form recognised with a rising star nomination, providing fans at Victoria Park with some nostalgia as she registered 15 disposals and booted a goal. Jess Fitzgerald also hit the scoreboard in red, white, and blue. Sarah Hartwig and Joanna Lin were the other 2020 draftees to run out in the all-Victorian clash.

Fremantle gave West Coast a hiding in the second Western Derby of 2021, with established young players continuing to impact on either side. West Coast’s Bella Lewis achieved a career-high 17 disposals in her side’s loss, while Amber Ward (11 disposals, four rebound 50s) and Demi Liddle (six disposals) also played their part. Mikayla Hyde and Sarah Verrier were the representatives from Freo’s draft crop, but were both held to under five touches.