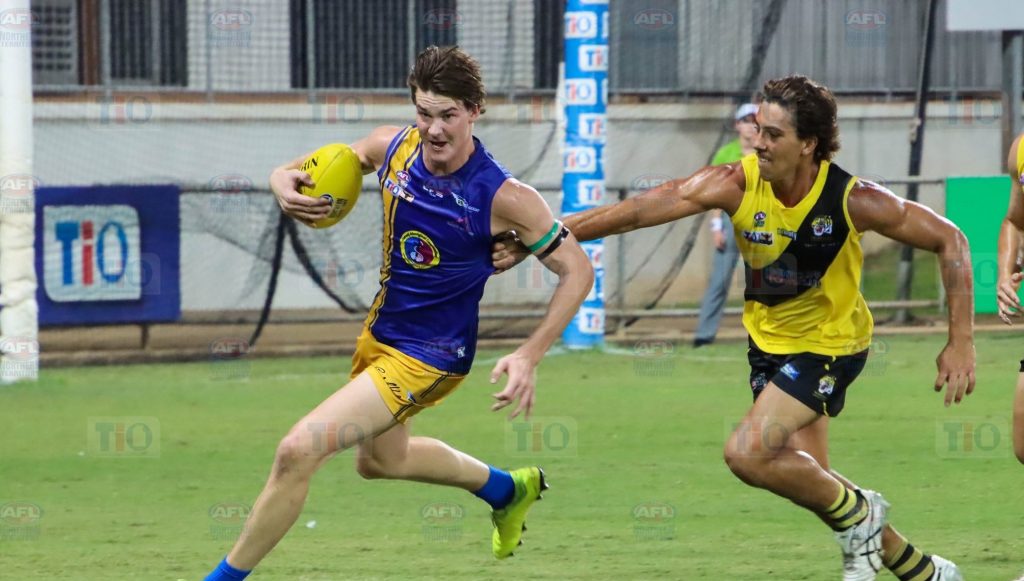 THE 2020/21 Northern Territory Football League (NTFL) Men’s Premier League finals series rolls on this weekend, with two exciting semi final match-ups set to take place at TIO Stadium on Saturday evening. St Mary’s will look to avoid a straight sets exit when it takes on Waratah, while Nightcliff enters the postseason against Wanderers as they play off for grand final qualification. We take you through the key numbers and players in both games ahead of what should be a cracking day of NT football.

St Mary’s will look to avoid a straight sets finals exit when it takes on Waratah in Saturday’s first semi final, which serves as a knockout bout. The Saints ranked second during the home-and-away rounds and began to hit hot form in the second half of the season, but were stunned by a surging Wanderers side last week. Waratah showed its potential with a terrific win over Darwin in their elimination final meeting, but will have to produce plenty of class to overcome the green machine. The Saints have taken out all three meetings between these sides in 2020/21, progressively lifting the margin with each game to hold an aggregate lead of 85 points. That will matter little if they fail to properly reload and rebound, with Tahs as good as any side on paper. Expect a physical contest in midfield and some tall timber to impact up forward.

Minor premier, Nightcliff continues its premiership defence by entering this year’s finals series against Wanderers on Saturday night. The Tigers have once again proven the competition’s benchmark this season and after a week off, remain the team to beat. Last week’s bye could work one of two ways; either giving Nightcliff an edge in terms of freshness, or seeing the Tigers beaten to the punch early. Wanderers’ form in its qualifying final win came as a surprise to some, with the Muk Muks’ drive in transition and potent forwardline difficult to stop. Nightcliff beat Wanderers in their Round 3 meeting, but a thrilling draw seven rounds later is perhaps more a sighter of how things may pan out here. The Eagles will be without defender Braedon McLean through suspension, which could prove costly in their quest to knock off Nightcliff.