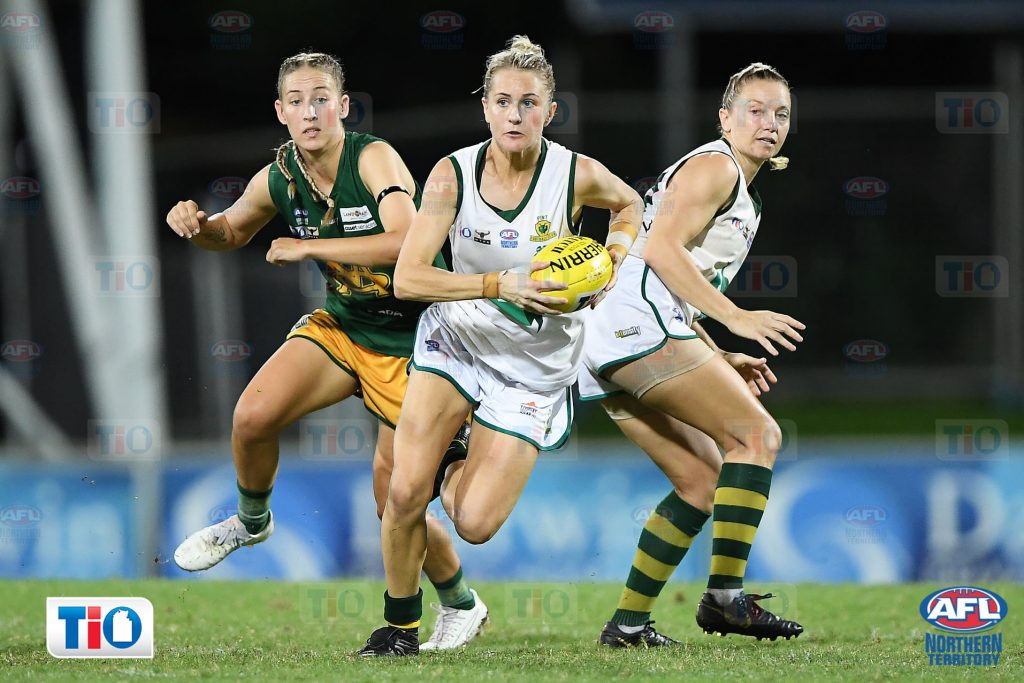 THE 2020/21 Northern Territory Football League (NTFL) Women’s Premier League finals series rolls on this weekend, with two exciting semi final match-ups set to take place at TIO Stadium on Saturday afternoon. St Mary’s will look to avoid a straight sets exit when it takes on Nightcliff, while Pint enters the postseason against Darwin as they play off for grand final qualification. We take you through the key numbers and players in both games ahead of what should be a cracking day of NT football.

St Mary’s will look to avoid exiting finals in straight sets when it takes on Nightcliff in Saturday afternoon’s first semi final. The Saints have been forced to lean on their double chance after going down to Darwin by 73 points last week, with every game now do-or-die for the green machine. Nightcliff comes in having knocked off reigning premier Southern Districts in an elimination scrap, making for ideal preparation coming into another knockout bout. The Saints have beaten the Tigers twice in 2020/21 and ranked two spots above them after the home-and-away rounds, but come in with three losses across their last four games. Winning form is highly important, though St Mary’s will hope it does not count for everything this weekend, with plenty of class still to show.

Minor premier Pint enters the postseason this weekend, poised to take on the second-ranked Darwin Buffettes on Saturday afternoon. The Queenants have been perfect thus far, capping off an unblemished regular season and easily earning the week off in the first round of finals. Darwin did not need to use its double chance in week one, instead thumping St Mary’s by 73 points to set up this mouthwatering contest. Two of the Buffettes’ losses this season have come to Pint, though they have gotten mighty close with a combined losing margin of just 11 points in those fixtures. Last week’s win came after consecutive losses, so the Double Blues will hope to get some consistency going at the ideal time. Pint has been the competition benchmark but after a week off, will need to get to spark to life quickly and should run out the stronger side through four quarters.