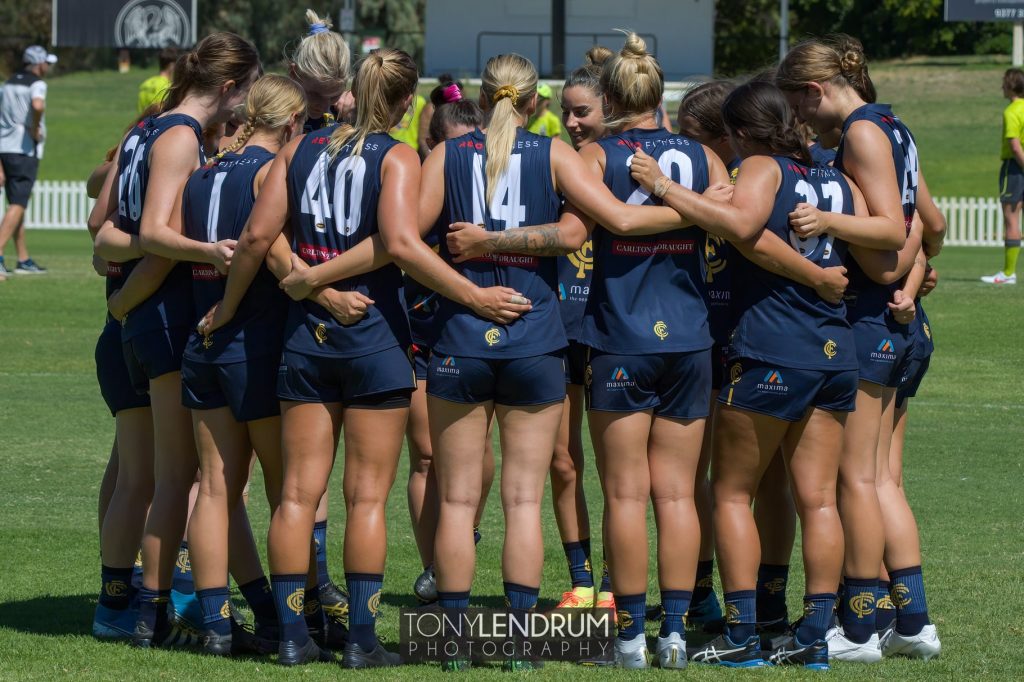 SWAN Districts have reminded the rest of the West Australian Football League Women’s (WAFLW) competition just how dangerous their forward line can be, putting together a complete performance during a 53-point victory over South Fremantle. The Bulldogs showed last week they were a much-improved team on their wooden spoon efforts of 2020, but despite their defence holding up throughout the first half, eventually were overwhelmed by the amount of inside 50s.

From the get-go it was clear the Bulldogs were up for the challenge, though the game was going to be played on Swan Districts’ terms. Mikayla Hyde needed only a couple of minutes before she snapped through a major returning to the team after playing for Fremantle in the AFL Women’s. Her clever goal got the team going, though the next would not come until the final minute of the term. The amount of inside 50s for the Swans was enormous, and full credit to the South Fremantle defence for holding up, but eventually some Nyra Anderson broke the drought, winning a loose ball in the pocket, then with some help and a one-two, received the ball and put through a major.

Pia Durk and Ella Higgins were doing what they could for the underdogs, but the midfield of Swan Districts was overwhelming. Jess Cox was dominating in the air and at ground level one-on-one, Tara Stribley was providing the touch of outside class, and Dana East roaming up from half-forward was being that link in transition. Despite their dominance – and an early goal to Bella Edgley in the opening few minutes – Swan Districts only led by 22 points at half-time.

That was soon going to change in the second half, though it did not look like it at first, as the Bulldogs were keeping the ball more in midfield than in defensive 50 for a change to the first two quarters. Once it went deep inside 50 though, the Swans were just too good. East kicked back-to-back goals to drive the nail into the coffin of the Bulldogs and lead by a game-high 37 points and a blowout was threatening. Luckily for South, the Bulldogs would not go scoreless as a terrific play in the final 90 seconds from Ashleigh Reidy to Aaliyah Ugle and into Lauren Vecchio resulted in a running goal.

It was reward for effort after holding up so well defensively in the first half. Unfortunately for the home team, that would be about it as Swan Districts really stepped up the pressure in the final term to run rampant. A number of chances went begging early for the visitors, before Anderson kicked her second eight minutes into the quarter. It triggered something special from Edgley who somehow managed to dribble a goal under pressure from deep in the pocket. With 90 seconds left in the match, Anderson led out strongly off a perfectly weighted Stribley pass, went back and slotted the goal for a memorable 53-point win, 8.11 (59) to 1.0 (6).

East was named best on ground by the Swans coaches, while defender Aimee Ralph, Cox, ruck/forward Sarah Wielstra and Edgley were also named among the bests for their efforts. Durk and Higgins were standouts in a losing side, while Reidy, Makayla Cocking and Casey Byrne were also named in the best for South Fremantle.

In the later Sunday game, Claremont held off South Fremantle by keeping them goalless for 67 of the 72 minutes of their Round 2 clash. Both the Tigers and Sharks are well suited to low-scoring hard football, and that was exactly what the game presented fans with. Sara Lewis – who would later be sidelined for the game due to injury in the second half – kicked the opening major of the game five minutes into the first quarter. Despite having their chances throughout the game, the Sharks would only scored three behinds for the game, as Claremont would boot 2.5 over the next two quarters.

Chloe Reilly‘s work in defence was outstanding, particularly in the first half when the Tigers were rallying to hit back, but could not seemingly score. Sharks captain Ashleigh Gomes set the tone for her team with a run-down tackle on Sarah Garstone early in the second quarter, but Garstone would get one back by hitting a leading Amy Franklin inside 50 who found Jacinta Valentini 30m out. Valentini made no mistake with a slight angle, slotting the goal and handing her side the lead with a few minutes left in the half.

The second half was a real arm-wrestle with Rachel Ortlepp being a rock in the back 50 throughout the match, and Ella Smith was picking up the pieces for the Tigers in midfield. The East Fremantle defence – led by Alex Williams and Kim Boulton – was unflappable. The issue for the visitors was scoring, which they could not seem to come up with a solution for despite their best efforts. Instead, a Sasha Goranova snap in the final 20 seconds of the quarter gave the Tigers a little breathing space, and it ended up being enough in the 2.5 (17) to 1.3 (9) victory.

Ortlepp was an impressive player in the Claremont defence, while Andie Payne, Brooke Whyte and Queensland import, Amy Fortescue also caught the coach’s eye during the team’s win. For the Sharks, Ann McMahon, Sharon Wong and Brianna Green were named amongst the best in the loss.

The other match saw Peel Thunder flex their muscles with another big win, defeating Subiaco by 44 points in a grand final rematch. After four consecutive losses to the Lions in the WAFLW, the Thunder have won their last two matchups, and it was partners-in-crime Kate Bartlett and Ella Roberts up to mischief inside 50.

The pair slotted seven goals between them as their athleticism, goal sense and overall forward craft was overwhelming for the home side, as Bartlett booted 4.2, and Roberts managed 3.0. Bailey Molloy could have joined them with a big haul, but slotted the 1.4, while youngster Aisha Wright kicked an important goal, as did Greta McKinley. For the Lions, they had four individual goalkickers in Amy Hunt, Kia Buckley, Tarnica Golisano and Courtney Guard.

Cassie Davidson led from the front with her Peel side, while Abby Barnden and Ebony Bilcich also impressed the coaches, and Courtney Rowley‘s outside run, and Bartlett’s scoreboard impact earned nominations in the bests.

A blockbuster match between the top two unbeaten sides in Peel Thunder and Swan Districts is the must-watch match of Round 3, while Claremont and Subiaco hope to improve their 1-1 records when they go up against respective winless opponents, South Fremantle and East Fremantle.