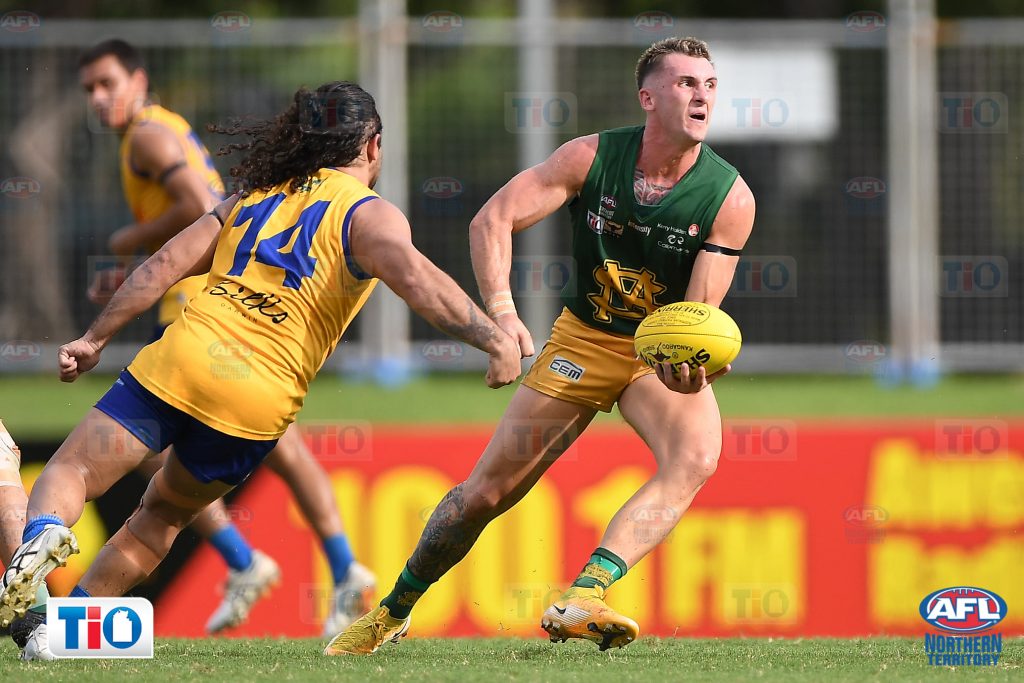 FINALS time is finally upon us after 18 home-and-away rounds in the Northern Territory Football League (NTFL) Men’s Premier League, with two exciting fixtures set to take place at TIO Stadium on Saturday evening. A high-stakes elimination final bout sees Waratah take on Darwin, while Wanderers and St Mary’s lock horns in the weekend’s qualifying final. We take you through the key numbers and players in both games ahead of what should be a cracking day of NT football.

Waratah and Darwin will do battle for the second time in two weeks on Saturday, as they meet for a high-stakes knockout bout at TIO Stadium. Only percentage could separate the records of these two sides (10-8) after 18 home-and-away rounds, but the Buffaloes have come up trumps twice in their three meetings with Waratah this season. Most recently, their Round 17 clash proved that Darwin can overcome any of the top sides on their day. On the other hand, Waratah’s 0-3 run into finals will be of slight concern, with all three defeats coming at the hands of top three opposition. Tahs have a formidable side on paper and their big names will have to lift against a wily Darwin side here. The Buffs have endured some injury concerns of late, but have proven many a doubter wrong thus far in 2020/21.

St Mary’s and Wanderers meet for the second time in as many weeks when they face off at TIO Stadium on Saturday night, with a semi final clash against Nightcliff up for grabs. The Saints sent a resounding message to the competition with a 79-point thumping of their weekend opponents last time out, making it two wins from three games against the Muk Muks this season. With 11 wins in their last 12 outings, the Saint have been in scary form lately. The Eagles have gotten points when expected of them and while they have been competitive against top opposition, have also fallen short on occasion. St Mary’s running game and hardness at the ball will serve well in finals, but Wanderers is a dangerous side with plenty of star names on each line and a spearhead forward who is difficult to stop.