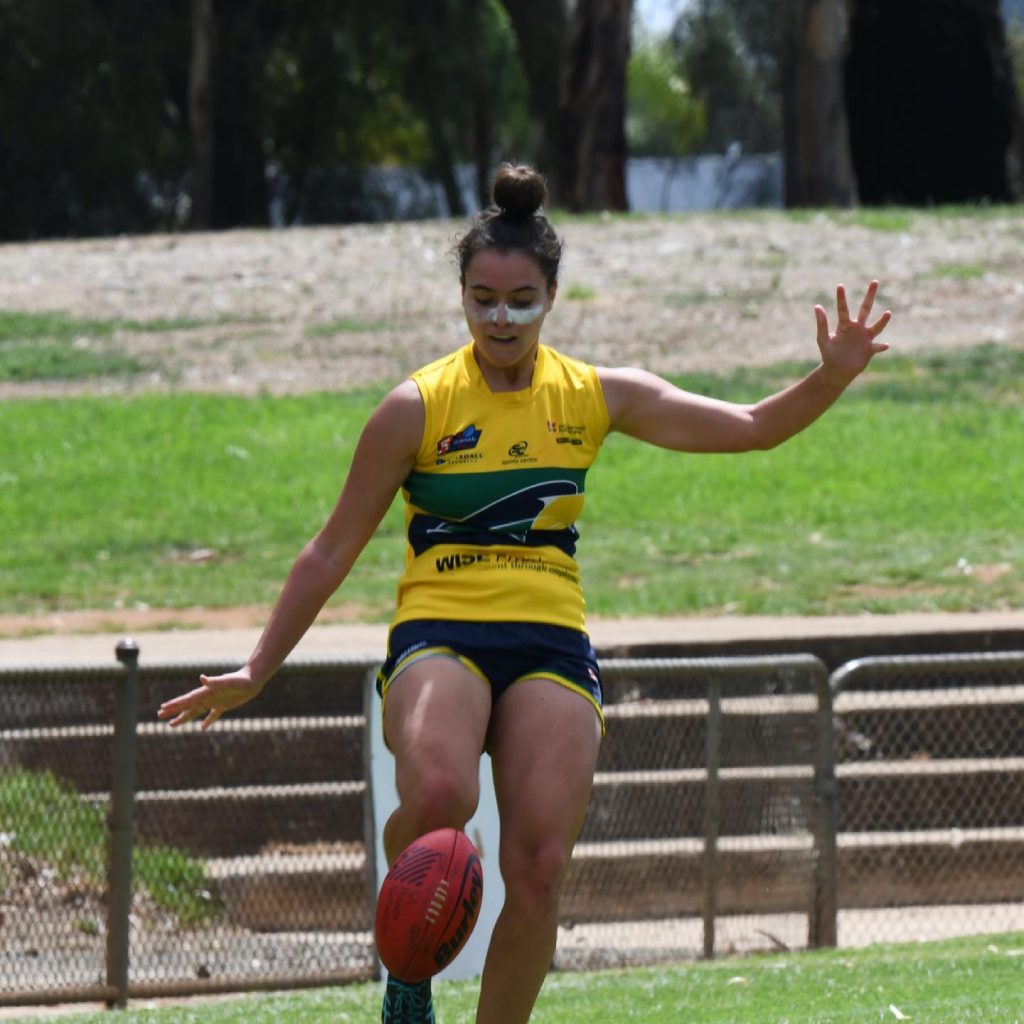 WOODVILLE-West Torrens Eagles boast a young line-up heading into their Round 1 clash in the South Australian National Football League (SANFL) Women’s with development coach, Andy Hood highlighting the amount of work the side has done to become fitter and stronger heading into their 2021 campaign.

“Preseason has been really strong. It started way back in November, we’ve got a real focus on getting fitter. I think in the three years that we’ve been in the competition, I certainly feel we’re better prepared and a lot fitter and stronger than we had been the last couple of years. So it’s been a really good preseason, we’ve got excellent strength and conditioning people in our team that’s been fantastic. It’s been really a strong preseason,” he said.

Over the pre-season, Hood made mention of the number of young players that managed to make their way down and wasted no time highlighting the number of exciting prospects preparing to take on the season.

“During our trials and sort of our preseason we’ve really been able to get some really good young players come into our football club,” he said.

Hood, heaped plenty of praise on the likes of Shineah Goody, Astrid Gooley and Chloe Whitington-Charity with the trio causing waves at the club with their intensity, willingness at the contest and skillset while Audrey Holt has also caught the eye ahead of Round 1.

“The ones that we really have been impressed with is Shineah Goody, young kid,” he said. “From our country zone, really excited about her in the future. She’s definitely someone to keep an eye on. She can play back and up forward, very elusive has a bit of x-factor, reads the ball really well. Just really strong around the front and centre of the contest.”

“Chloe Whitington-Charity another young kid from Henley just a real fit young athletic type player, fast we feel that she’s going to be a future leader this young lady has done really well to get a debut game tomorrow. Just really fast on the outside, good overhead mark loves the contest.”

“Audrey Holt, I’m not sure where she’s from, no she’s from Woodville South. Just a tackling machine hard at it. Will bounce up and just go again and again and again we love her appetite for the contest. She’s someone that you’ll just “geez that girl just goes hard.” A real small frame but just has a real desire for the, for the contest in the battle.

In terms of familiar faces, Hood also made mention of reigning best and fairest winner Jovanka Zecevic along with Lili Gambrainis and Jamie Parish with the trio hoping to elevate their game even further for the Eagles this season.

“[Zecevic] won our club champion last year has had a really strong preseason,” Hood said. “You know, we’re expecting she’ll take her game to another level and starting to develop into one of these players where you’re just a real match winner. Strong midfield player that sets up some opportunities for your team.”

“[Lili] is a real athletic strong at the contest, a real competitor loves the contest and good overhead and you know won’t give her opponent anything.”

“The other is Jamie Parish, of course who has been in the team last year and this year, Jamie’s in the state team and just someone that is going to develop into a really good footballer strong overhead, likes the contests likes to body the opponent has a real strong football brain.”

Although she is new to the team she is not new to the league, as Hood highlighted the influence Brooklyn Kraft has had since crossing over to the club for her first season in Eagles colours despite still being a developing player.

“Brooke Kraft from South Adelaide came over,” he said. “She’s great, overhead mark, tall. “Developing player, but someone that will give us a lot in the aerial contest, which is something that we probably lacked around the ground.”

With youth aplenty throughout the squad it can be somewhat difficult to find that perfect mix of young up and coming players along with experienced members however, Hood believes that the Eagles have really focused on developing a side that can balance all aspects throughout the pre-season.

“I think the coaching staff and just the way we’ve started preseason and trials and just our different phases of how we train is has really been first class and been able to develop the players of our expectations and standards, we’ve set the standards, really early. It was pretty clear what everyone had to do I think that’s been a big help,” he said.

“I think training … it’s an old analogy, but we’re really training the way that we want to play.”

Looking at what the club wants to be renowned for as a whole throughout the 2021 season, Hood made it clear that he was not going to give away all of his secrets but the side is keen on implementing an attacking brand of footy.

“I think it’s just attacking, attacking and taking the game on,” Hood said. “I mean every team wants to do that but you know it’s to win the footy and then attack, you know, get it into the forward line. “It’s to defend and to defend hard and then get the ball in quickly.”

Woodville-West Torrens Eagles are set to kick things off against Central District tomorrow.