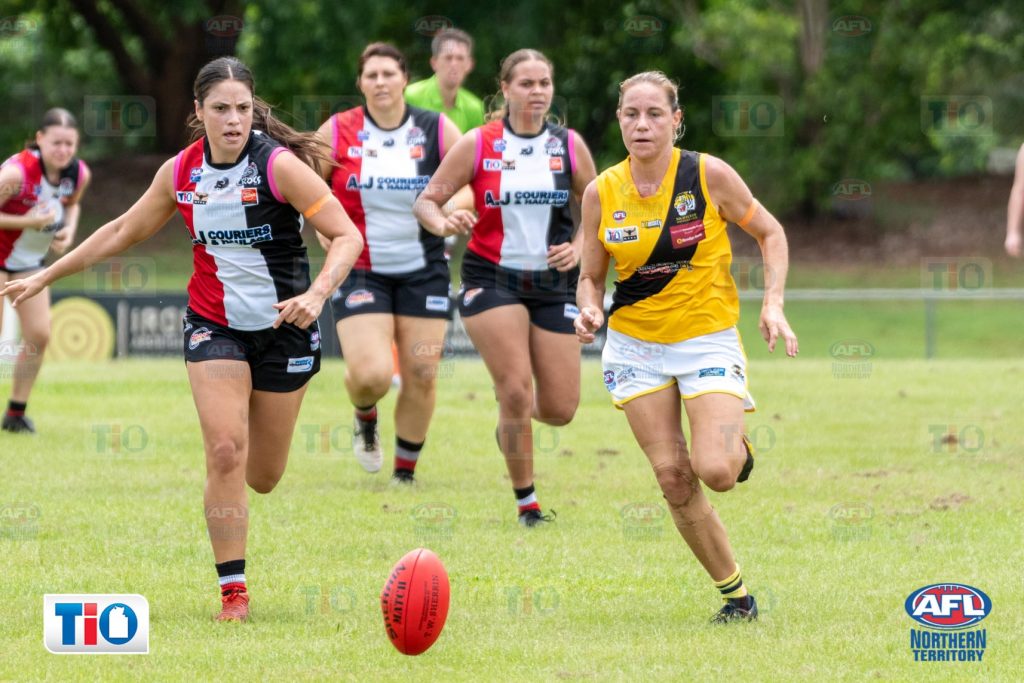 FINALS time is finally upon us after 18 home-away-rounds in the Northern Territory Football League (NTFL) Women’s Premier League, with two exciting fixtures set to take place at TIO Stadium on Saturday. A high-stakes elimination final bout sees Southern Districts take on Nightcliff, while Darwin and St Mary’s lock horns in the weekend’s qualifying final. We take you through the key numbers and players in both games ahead of what should be a cracking day of NT football.

Southern Districts and Nightcliff go to battle in a knockout clash on Saturday afternoon, looking to make the most of their finals qualifications. The Crocs have the upper hand in terms of recent form and ladder position, but Nightcliff is in the ascendancy in a head-to-head sense. After the two sides could not be separated in Round 8, the Tigers created a greater wealth of scoring opportunities to trump their weekend opponents by 12 points just a fortnight ago. The result may see a slight mental edge favour Nightcliff, though the Crocs will be hungry to advance after a strong season which saw them finish percentage away from a double chance. Expect Districts’ team spread and forward firepower to be too much for Nightcliff, who will be far from a pushover.

Darwin and St Mary’s may have double chances in the bank, but will be keen to take a streamline path to this year’s decider when they meet on Saturday afternoon. The winner of this qualifying final will go on to face the undefeated Pint next week, while the loser is set to take on the elimination final victor. Darwin snared second spot despite going down last week, with St Mary’s also set to back up off a loss to Pint. Both sides have 3-2 records over their last five outings, and the ledger is even between them in terms of head-to-head form. It has been a while since they met, with St Mary’s making the better of its opportunities in Round 3, but Darwin hitting back in Round 10. The team which can take the early ascendancy and put some shaky form behind them should come away on top, but expect fireworks between the two best teams outside of Pint.