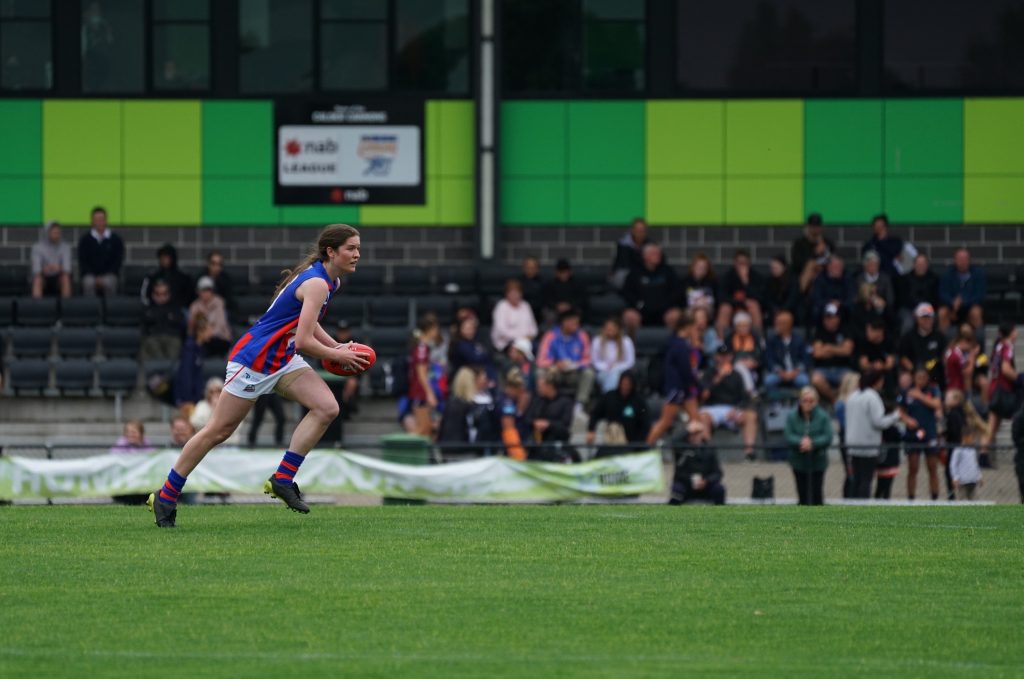 ROUND 3 of the 2021 NAB League Girls season saw the cream rise to the top once again as six high-level games were completed. An unexpected week of and resultant fixture shuffle did little to stop players from hitting the ground running, as many top-end talents picked up right from where they left off.

Condon and Reid were tied with tough Northern Knights midfielder, Maeve Chaplin on a competition-high 24 disposals in their most recent outings, as a raft of ball winners ticked over 20 touches. Condon also notched the most kicks (20) of anyone in Round 3, while Reid took the equal-most marks (six) alongside Van Berkel and two others. Van Berkel was also tied for the most rebound 50s (seven) after standing up in an under-siege Gippsland defence.

Hard-working Oakleigh midfielder, Amanda Ling was productive at ground level and at the coalface with 17 handballs, while Calder standout Georgie Prespakis again showcased her two-way impact with 18 tackles. Prespakis’ latest defensive efforts from the engine room brings her tackle average for the year to 14.5 – over three more per game than the next best player.

In an attacking sense, Draft Central Player of the Week Emily Shepherd topped the inside 50s count this time around with eight, coming from an impressive 23 disposals and three marks to go with six tackles and two goals. Fellow Round 3 Player of the Week nominee, Alyssia Pisano booted the most majors alongside Geelong’s Renee Tierney, though the latter’s feat does not show on the stat sheet.

Data from the Geelong-Bendigo clash was only taken up to three quarter time, which hampered the numbers of a few other gun players. Defender Annie Lee could well have stood alone atop the list of markers, while skipper Poppy Schaap was on track to lead the same category as well as the inside 50s after being credited with six in each.

16-year-old Western Jets tall Krystal Russell again impressed in the ruck, backing up a promising debut performance with 28 hitouts – accounting for nearly 60 per cent of the total hitouts registered as Western fell to Dandenong. See below for the full list of stat leaders from Round 3.