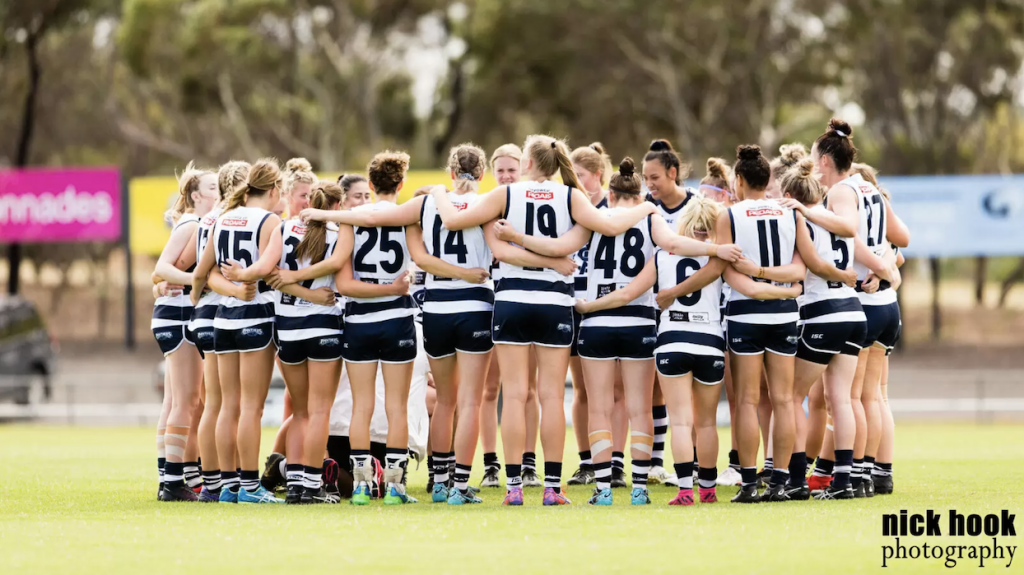 SOUTH Adelaide have been the most successful team in the short history of the SANFL Women’s League. After winning the 2018 and 2019 premierships, they made the grand final again in 2020, but fell just short against North Adelaide.

Due to the departures of multiple star players and premiership coach Rick Watts, it will be much tougher for the Panthers to return to the big stage in 2021. However, rather than dwelling on their losses, South Adelaide executives have turned their attention towards the future of the club. This process started in the offseason by hiring new Senior Women’s Coach Andrew Brockhurst.

A former 131-game player for South Adelaide’s SANFL side and 38-game player for Fitzroy, Brockhurst said that although he has a reasonably limited coaching background at senior level, he has been involved with multiple women’s amateur sides in recent seasons.

“I’ve spent the last few years involved in the women’s program,” he said. “I spent a year out at Christies Beach coaching with their senior group, then coached Flagstaff Hill senior women last year in the Southern Football League. Then the role at South Adelaide popped up, which was unexpected, and I felt confident enough to apply.”

Despite some early interruptions due to South Australia’s COVID-19 restrictions (brought on by the Parafield cluster), Brockhurst is pleased with how his first preseason at the helm has gone.

“Preseason has been good, a little bit fragmented like most people’s preseasons, but since the beginning of December our season’s been right on track,” he said. “We usually run a really important six-week program prior to our actual preseason starting [that] helps girls with the mechanics of kicking the football. We lost most of that, so we had to adapt our program into our preseason and the girls actually ended up training an extra night all the way through until the end of January to make sure we fit all that in.”

In addition to the skills initiative, Brockhurst has prioritised improving his side’s speed of ball movement and adjusting his recruits to the frenetic pace of SANFLW football.

“We have a number of new girls in our squad this year, so getting them used to the pace of the game and ensuring that we’re trying to move the ball as quickly as we can have been major focuses for us,” he said. “We’re pretty controlled coming out of our backline generally, so we’re worried that the speed coming out of there is letting us down a bit. We’re just trying to speed that pace up and move the ball quicker into our forward line. We back our forwards being quite strong one-on-one, so the quicker we can get it there the better.”

The Panthers lost Teah Charlton, Indy Tahau and Tahlia Meyer to AFLW clubs over the offseason. Brockhurst knows these players are incredibly talented and will be difficult to replace.

“[Those three] are hard to replace overnight, that takes time,” Brockhurst said. “We certainly have some young girls coming along that will be stars within their own right, but that will take a little bit of time for some of those to settle in.”

Brockhurst was optimistic about his new recruits, especially those coming from other SANFLW clubs.

“We have some good ins to our squad; Soriah Moon coming from Glenelg will fit nicely into our program, and Alannah Rochow from Norwood will also play a major part for us this season,” he said.

Brockhurst also said that his younger players have impressed him over the summer.

“Gypsy Schirmer has been a standout throughout preseason for us,” he said. “Lauren Clifton is moving really well and Sarah Wright, who’s coming back from an ACL (anterior cruciate ligament) last year, is back into it full swing. We’re looking forward to Sarah finding her way again early on in the season and having another good year for us.”

While regular improvement is the Panthers’ number one focus, Brockhurst said he would not put a ceiling on what his side can achieve this season.

“We will continue to focus mainly on the development of our players,” he said. “Our other aim every single week, as it would be for the every other club, is to win every game that we play in. As for where that ends at the end of season, we will see what happens. But we will be giving 110 per cent to try and compete and be successful in every game we play.”

South Adelaide’s season gets underway on Friday night when they take on the Roosters in a highly-anticipated grand final rematch at Coopers Stadium.