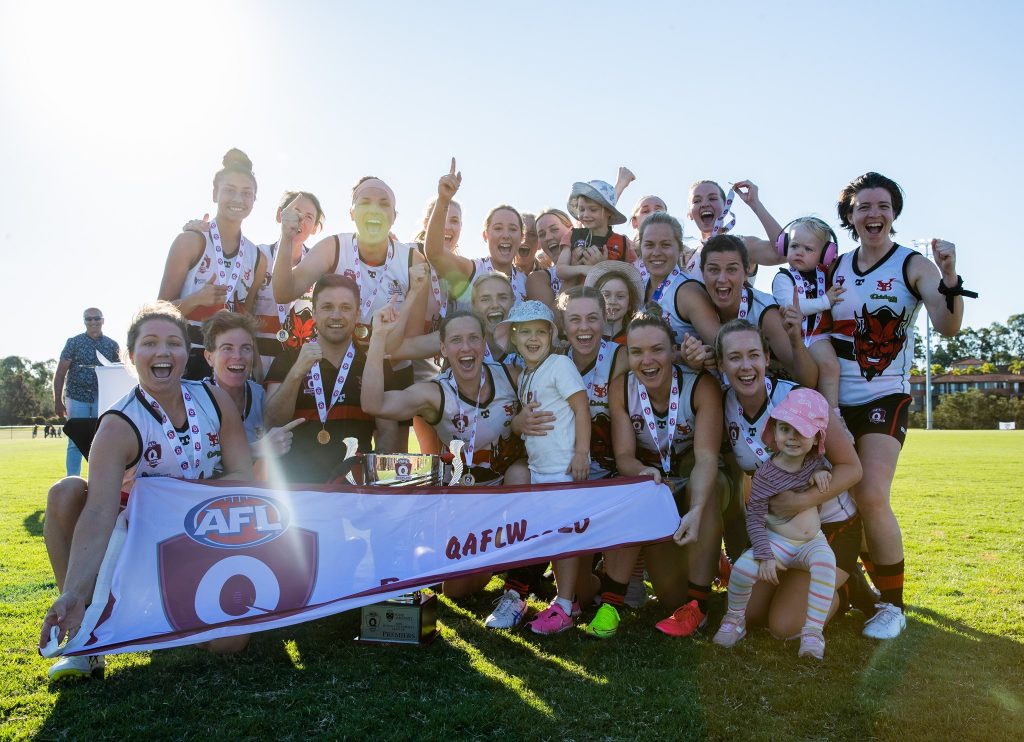 A GRAND final rematch between Yeronga South Brisbane and Coolangatta Tweed opens a much-anticipated first round of action in the Queensland Australian Football League (QAFL) Women’s competition. The QAFL Women’s fixture was released on Wednesday, with last year’s top two sides not having to wait long to face off.

The reigning premiers Yeronga South Brisbane will have the chance to unfurl the flag at Leyhson Park against the Bluebirds from 4.45pm local time on Saturday, February 27. All four games for Round 1 take place on a Super Saturday, with the Coorparoo and Aspley clash at Giffin Park running concurrently with the Devils-Bluebirds game at 4.45pm. In the two earlier matches starting at 2pm, Wilston Grange hosts University of Queensland at Hickey Park, while Bond University takes on Maroochydore at home.

The QAFL Women’s fixture runs for 14 rounds, with a bye over Easter on the weekend of April 3, and then another bye a fortnight later to allow for the 2021 AFL Women’s Under-19 Championships. Special featured rounds this season include an ANZAC Round and a Pride Round, with the latter taking place on Sunday, May 15.

Following the 14 rounds – of which the last concludes on June 12 – there will be three weeks of finals, starting with semi-finals on the weekend of June 19-20, preliminary finals on June 26-27, and the QAFL Women’s Grand Final to take place on Sunday, July 4.

For the second consecutive year, the QAFL Women’s competition will run alongside the AFL Women’s season, which is a benefit for the Brisbane Lions and Gold Coast Suns’ AFLW clubs, according to Queensland State Leagues competition manager Matt Bialkowski.

“The benefit of moving the QAFLW season forward to underpin the AFLW competition allows the Brisbane Lions and Gold Coast SUNS to play their unselected AFLW players in the Queensland State League Women’s competition,” Bialkowski said on the AFL Queensland website.

“This opportunity enables the AFLW players to keep match fit, have access to a high-quality competition and perform at the QAFLW level in an attempt to regain their AFLW spot leading into the AFLW finals.”

One major change in order to allow for the AFLW, the QAFL Women’s sides will now field 16 players and increase their bench side to five (previously four). Younger players in their bottom-age years (turning 17 in 2021) will be eligible to play for their QAFL Women’s side if selected and primarily registered with a youth club. Providing they meet the minimum requirement of youth games, those players can return for the youth finals at the completion of the QAFL Women’s season.

For the full fixture head to the AFL Queensland website.