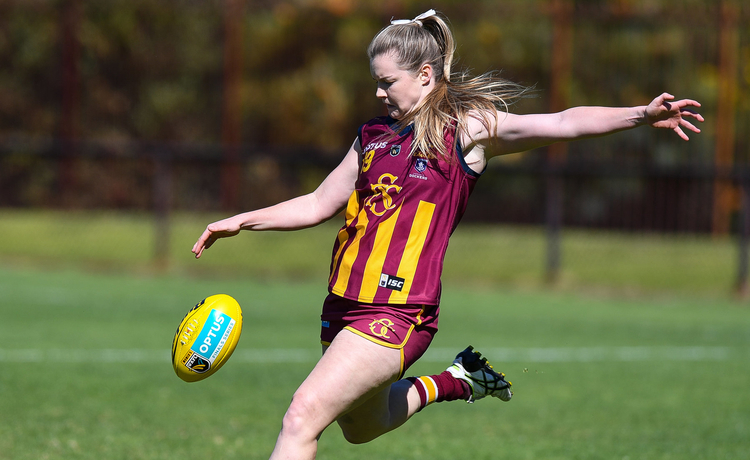 A NEW coach and a renewed focus will see Subiaco amongst the contenders in the West Australian Football League (WAFL) Women’s competition. After reaching the 2020 WAFL Women’s Grand Final following a few near misses after great regular seasons, the Lions just fell short against a determined Peel Thunder on the day.

In 2021, Subiaco has welcomed a new coach in Michael Farmer coming on board to replace player-turned-coach Amy Lavell for the upcoming season. Despite missing out on the ultimate glory in 2020, the Lions did have a couple of players drafted, with Tiah Haynes returning to Fremantle – and has already made an impact – with Maggie MacLachlan a late replacement player for Jess Trend at the Dockers.

With those two out of the side, the Lions still have plenty of youth and experience to rely on, led by Danica Pisconeri who is the reigning back-to-back league best and fairest, and remains a towering figure through both the ruck and up forward. She has plenty of experience, and whilst the likes of Hayley Miller, Janelle Cuthbertson and Ange Stannett are among those on AFL Women’s lists, if they are available at some point will provide a boost to the Lions.

Tarni Golisano has been voted in as Subiaco captain this year, with other leaders being Jayme Harken and Amy Hunt who were named as vice-captains for the team in 2021.

A young star coming through the program is top-ager Charlie Thomas who is an AFL Women’s Academy member and one who knows how to use the ball in the forward half. She is well complemented by the likes of over-agers Abbey Dowrick and Kia Buckley who are both returning from injury. Another top-ager added to the list is Scarborough junior Selina Spiers, with some over-age talent adding some important depth in there too.

Thomas is the Lions’ top draft prospect for 2021, with the natural footballer able to not only execute well by hand or foot, but make the right decisions in doing so. She still has plenty of improvement left in her, but is touted as one of Western Australia’s most promising talents, and will be a leading player at the AFL Women’s Under-18 Championships in a couple of months.

Ellie Blackmore was one of Subiaco’s best in defeat from the 2020 WAFL Women’s Grand Final and will be looking to lead the way again, while playmaker Beatrice Devlyn, ruck Jessica Ritchie and the consistent Lindal Rohde are other names to keep any eye on in 2021.

Subiaco takes on South Fremantle on the weekend, with the Bulldogs still searching for their first win after an inaugural season went without collecting any points. Hungry to start off on the right note, expect the Lions to head in as strong favourites for that clash, but should be another contender in 2021, as more youth get opportunities as the season runs concurrently with the AFL Women’s competition.