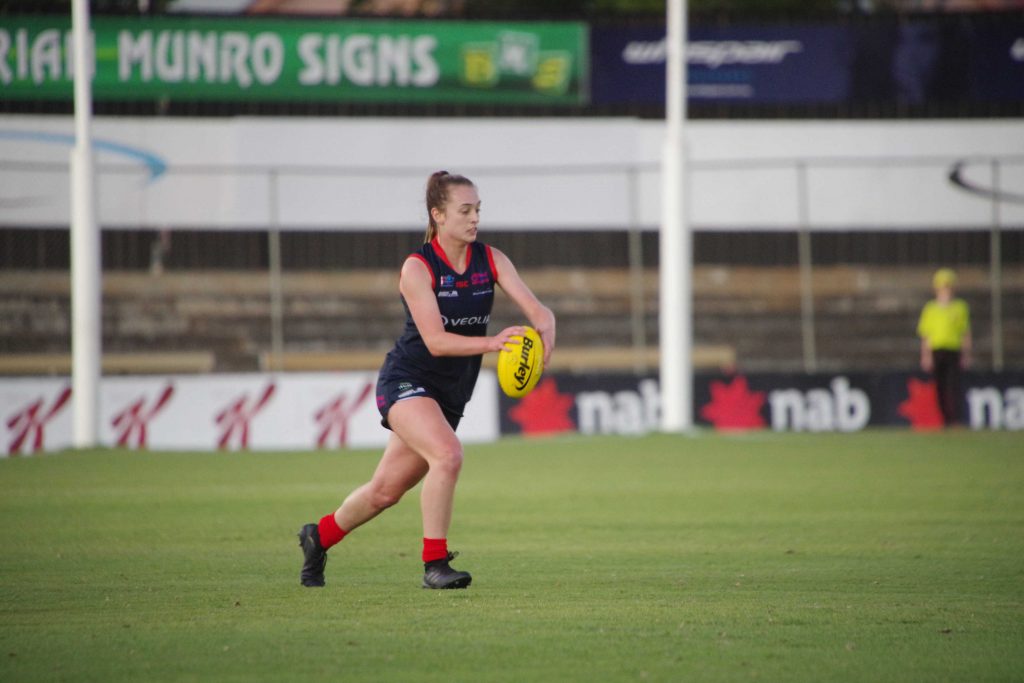 NEW Norwood women’s coach Mat Creeper will be eager to get his SANFLW career off to a bright start when his side kicks off their 2021 season later this month.

The Redlegs have been a consistently strong outfit throughout the entirety of the competition’s existence, claiming the inaugural premiership in 2017 and qualifying for the finals in all four seasons.

Creeper, who worked as Senior Women’s Assistant Coach at the Collingwood Football Club last season, said he was pleased with the clubs off-season, despite being forced to deal with a COVID-related setback prior to the Christmas break.

“The girls have been working very hard since the start of November,” Creeper said. “We capped off our first six-week block with a training camp to the Yorke Peninsula which was well received. “I’m confident to say that most (players) are fitter than they have ever been. We managed to navigate the short interruption prior to Christmas really well, the whole squad was given a program to adhere to in the down time which was challenging but at the same time was completed by all, which allowed us to keep progressing forward without missing a beat upon return.”

The Redlegs were knocked out in the first week of finals by West Adelaide last season – a frustrating defeat considering the side’s agonising preliminary final loss to North Adelaide in 2019.

However Creeper said he felt confident the squad has what it takes to make it all the way this season.

“There are a number of girls who are primed for big seasons, our ruck Leah Cutting is in career best shape and defender Shai Hiscock has been like a wrecking ball thus far,” Creeper said. “New vice-captain Elisha Gallagher is super fit and has bulked up, she looks set for a breakout year and Isabel Martin has taken her game to a new level.”

Creeper identified Jess Macolino, Tesharna Maher, Sarah Branford, Jade Halfpenny, Liz Drake and Morgan Johnston as being among the names to watch out for as the season progresses.

With an established contingent of stars, Creeper also highlighted the squads youth, led by exciting midfielder/forward Alana Lishmund, who is expected to play a prominent role after impressing in her first season at the level last year.

“We have a large portion of returning players, fantastic new recruits plus a solid group of juniors, so our expectation from the outset has been to come together quickly, learn, grow and succeed together,” Creeper said. “We’re always looking for improvement week-in-week-out, so if we can achieve that then we will take greater steps in our development which will lead to greater success.”

Although the club is tipped to make their fifth straight finals appearance, Creeper insists his side “isn’t looking too far past round one”.

“We’re setting our focus on one week at a time,” said Creeper. “We’ve created the pathway for where we would like to be and the process of how to get there, but we are firmly focused on one step at a time. We would like to think that we’ve created a quality list that is capable of being a major player at the pointy end of the season.”

The Redlegs will be seeking revenge over West Adelaide when the clubs meet under the lights of Coopers Stadium on the opening night of the season (February 26).