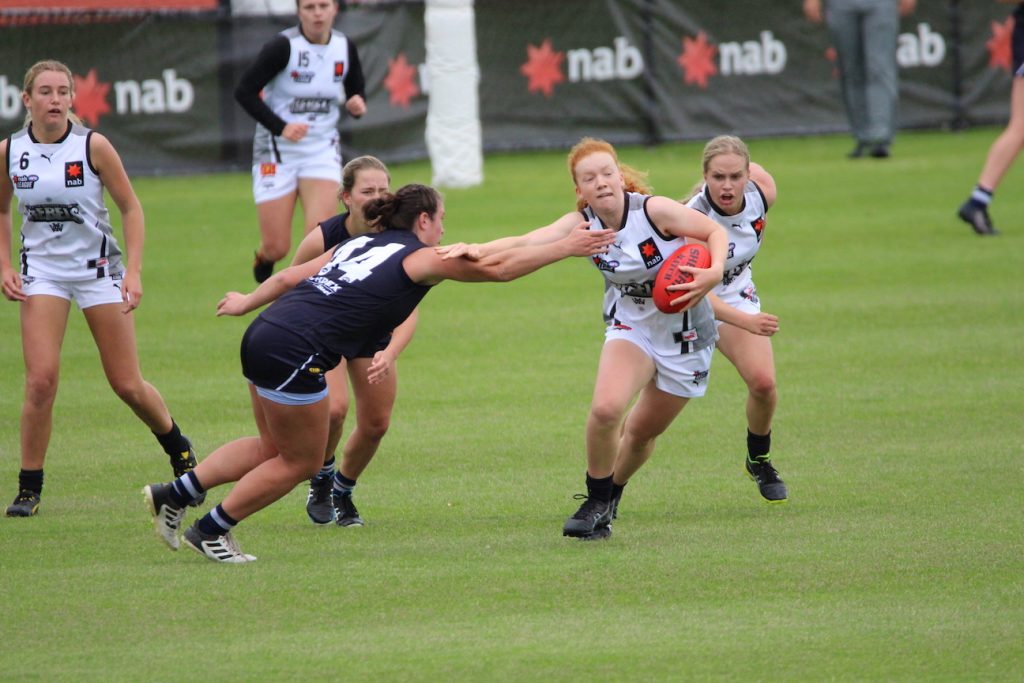 DEBUTS are memorable occasions, and for a number of NAB League Girls, that chance came on the weekend. In this feature piece we take a look at some of those players who managed to catch the eye in their first games, be it due to missing out previously through injury or inexperience, or brand new to their respective club this season.

When looking across the entire competition, five players made the Draft Central Team of the Week for Round 1 and were standouts across all thirds on the ground. Starting in defence, Eastern Ranges’ Mia Busch collected an equal competition-high eight rebounds to go with her 16 disposals, three marks and two tackles. Busch is a 2022 draft eligible player and she enjoyed a memorable debut after being on the list last year but only playing her first game on the weekend.

Starting in the ruck in our Team of the Week was Western Jets’ tall Krystal Russell who racked up 23 hitouts – the second most across the league for Round 1 – to go with a very impressive 11 disposals, three marks and three tackles. She was a standout in the Jets’ loss, earning a spot in the team with our Player of the Week for Round 1, Charlotte Baskaran.

The third debutant who made the starting side in our Team of the Week was Oakleigh Chargers’ Ameille Smith, racking up seven disposals, one mark, three hitouts, two tackles and booted three opportunistic goals. The 175cm forward booted the most goals of any of the debutants this week and helped her side record a memorable win over reigning premiers, Northern Knights.

Earning a place on our Team of the Week interchange were Sandringham Dragons midfielder Keely Coyne and Greater Western Victoria (GWV) Rebels defender Molly Walton. Coyne picked up 16 disposals and laid six tackles in an imposing performance despite the Dragons’ loss, while Walton was steadfast against much more experienced opponents, grabbing three marks from 14 disposals, five tackles and having six rebounds.

DEBUTANTS IN THE TEAM OF THE WEEK: