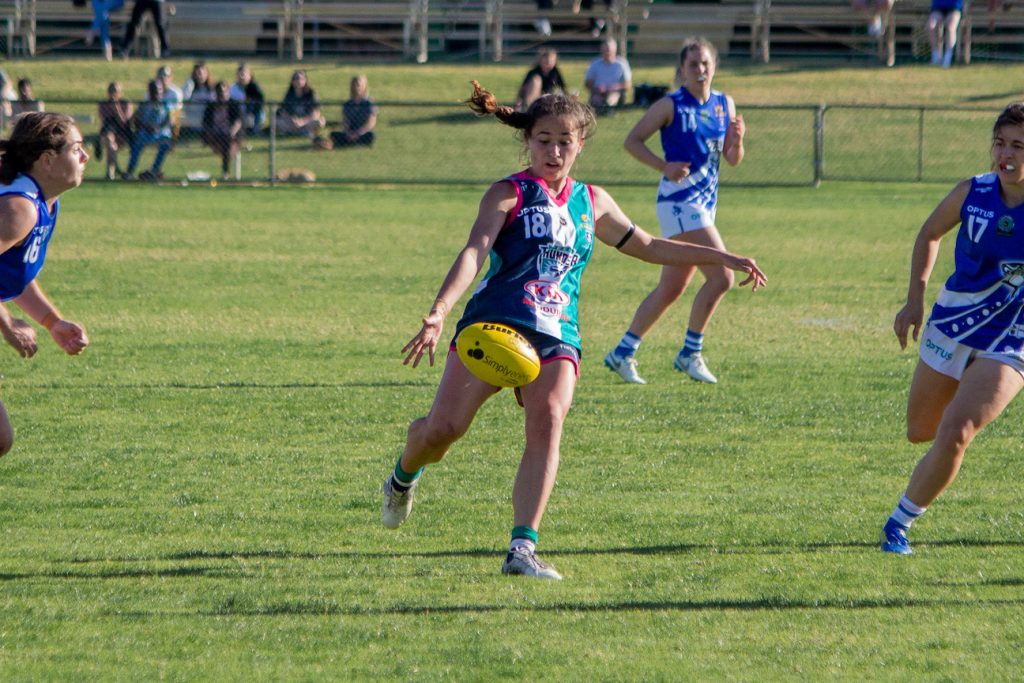 THE wait for the return of the West Australian Football League (WAFL) Women’s competition is almost over, with the 2021 season fixture released this week and teams set to do battle from the weekend of February 20. Initially touted to start next weekend, the season was pushed back a week, with the 2021 WAFL Women’s Grand Final to be played on the weekend of July 3.

Before that though, the six teams – Claremont, East Fremantle, Peel Thunder, South Fremantle, Subiaco and Swan Districts – will face off in 15 rounds, where they will play every other team three times, and have two league-wide byes along the way. The earlier fixture allows those players from Fremantle and West Coast AFL Women’s teams to continue match fitness whilst trying to force their way back into the sides, while also enabling the entire season to wrap up prior to the 2021 AFL Women’s Draft which has been touted to be moved a couple of months earlier than its annual October date.

Round 1 kicks off with reigning premiers Peel Thunder able to unfurl the flag at David Grays Arena up against the previous premiers, East Fremantle. Runners-up Subiaco will head to play last year’s wooden spooners, South Fremantle at Fremantle Community Bank Oval, while Swan Districts hosts Claremont at Steel Blue Oval. Fans will not have to wait long for a WAFL Women’s Grand Final rematch, with the Thunder and Lions set to do battle in Round 2 on the weekend of February 27.

The two bye weekends are on April 3 and May 15, with the 2021 AFL Women’s Under-18 Championships to be played in the second week of April as well. For those interested in some young guns to watch for the upcoming season, it is hard to look past Peel Thunder jet, Courtney Rowley who has been a strong performer at the level for a number of years now. Coming into her top-age year, Rowley is touted to be the top West Australian talent, with the smooth-moving skilful outside player one who shares similar traits to St Kilda’s Georgia Patrikios.

Another player to keep an eye on is Subiaco’s Charlotte Thomas, with her ball use sublime playing off half-forward. She is so clever around goals and can hit the scoreboard, but also push up the ground and have an impact as well. Speaking of hitting the scoreboard, Amy Franklin is a 180cm key forward who can clunk grabs, but then cause sleepless nights for defenders because when the ball hits the ground she can burst away with great acceleration for a player of her height.

A number of other names to keep an eye out on include East Fremantle’s Chloe Reilly who has terrific goal sense and knows who to take marks, whilst Peel Thunder’s talent does not stop at Rowley, with Bethlyn Pasco and Beth Schilling also amongst the talent there. Swan Districts’ Emma Nanut was a reliable source of composure in the back half for the Swans last season, but is versatile just about anywhere, while South Fremantle’s Tayla Whincup and Poppy Stockwell are other names to remember throughout the 2021 WAFL Women’s season.

Some over and mature-age talent to remember include Subiaco’s Abbey Dowrick – sister of West Coast’s McKenzie – as well as Claremont’s Jess Low and East Fremantle’s Rosie Walsh, who all earned AFL Women’s Draft Combine invites last year. Swan Districts’ Nyra Anderson remains a natural ball winner, while her teammate Sarah Wielstra is an example of a player who came a long way in a short time and will be one to watch this year.