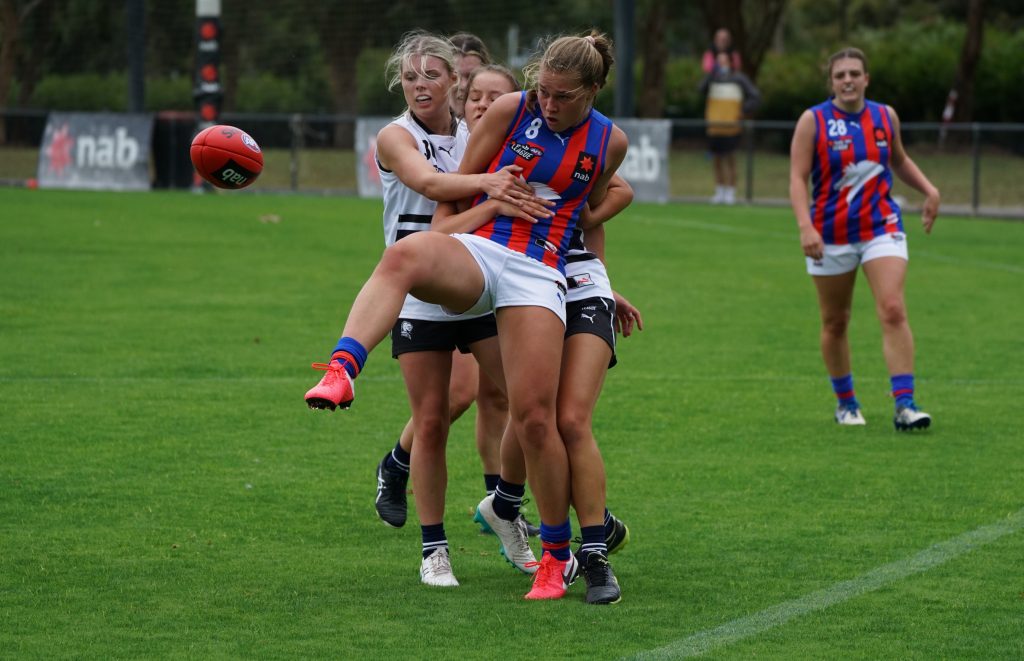 THE OPENING round of NAB League Girls action for 2021 saw the cream rise to the top after 11 months away from competitive football, with a couple of metro gems dominating the stats sheet. Draft Central Player of the Week nominees Charlotte Baskaran (winner) and Charlie Rowbottom topped the charts in multiple areas and both achieved round-high disposal hauls of 28 as clear top performers for their respective teams.

Western’s Baskaran also laid 11 tackles and earned the most Draft Central fantasy points (113) to put her head and shoulders above the rest in a well-rounded display. Even more remarkable, her feats came in a 21-point loss at the hands of Eastern. Rowbottom was just as damaging with a competition-high eight inside 50s, showcasing her potential to impact going forward. Add two goals to the mix, and it was a complete performance from the 18-year-old Oakleigh jet.

A five-way tie in the tackling department highlights just how competitive Round 1 was, with Baskaran leading a star-studded pack on 11. Highly-touted Calder talent Georgie Prespakis was involved in every contest and got her hands dirty, joined by top Gippsland midfielder Grace McRae, impactful Tasmanian prospect Perri King, and promising Eastern performer Bridget Deed. Deed’s Ranges teammate Mia Busch was also tied for the most rebound 50s (eight) with GWV’s Chloe Leonard.

While the players above could not be separated, there was one forward head and shoulders above the rest in front of goal this week. Tasmania’s Amy Prokopiec adapted beautifully to her fresh forward role with four majors, helping the Devils trump Gippsland in emphatic fashion. She finished one goal ahead of opportunistic Oakleigh forward Ameille Smith, who snared three on debut.