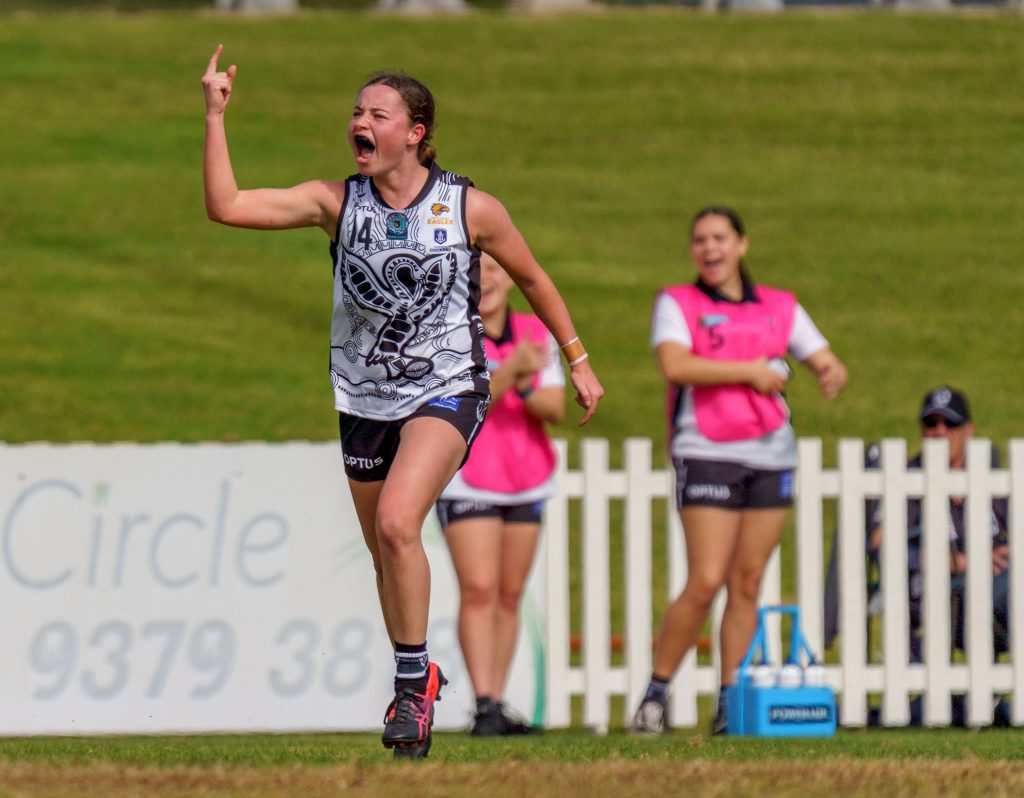 AFTER a tumultuous 2020 season, Swan Districts are looking for a much more stable and consistent year in 2021 as the Western Australian Football League (WAFL) Women’s returns. The club is gearing up for a big season after an interrupted fixture in 2020, and even though a shortened preseason has been limited further by back-and-forth COVID-19 restrictions, Swan Districts Female Football Manager Jo Taylor is positive the team has done enough to come into the season confident in their ability to challenge the competition.

“You know, we’ve had a really positive preseason, new coach on board and a whole lot of new assistants and strengthened our strength and conditioning department in bits and pieces,” Taylor said.

“We’ve had a really good, positive sort of preseason and some time on the track. “We’re pretty confident, and when I say confident, I’m not talking results. “But we’re confident that we’ve done the work and that we should have a really positive season.”

With new head coach Adam Dancey at the helm – who spent the last two seasons as a specialist coach with Carlton in the AFL Women’s – the side should be raring to go, with an exciting playing group made up of a couple of experienced heads, but predominantly young talent which Taylor said is the club’s aim.

“We have a really young list again, we’ve got some more youngsters through, which is something that we’ve always sort of strived to do,” she said. “So we’re excited to see what they can do as well.”

But a spanner was thrown in the works as Western Australia went into an unexpected five-day lockdown last week. While every club was impacted, Taylor says that the state-wide tightened restrictions limited Swan Districts from a couple of additional opportunities compared to their regular schedule, including a leadership camp and joint training with the WAFL Men’s team.

“Yeah it has (interrupted preparation). “We’re all in the same boat so it’s okay, but for the Swans, we had a sort of a camp planned for (the) weekend that we cancelled along with training on Tuesday and Thursday, and on Thursday, we were actually having a joint session with our WAFL team and a big member’s night,” Taylor explained. “So that would have been a really, really good occasion, you know, the coaches got together and came up with a session so that we could promote our sort of one club philosophy and get the girls and the guys out there training together.

“We’re just hopeful and looking forward, obviously. So we’ve had this lockdown, but but my information is that it shouldn’t affect the start of our season… we should still be able to start our season on the weekend of the 20th of February, you know, we’re just excited and pumped to try and get a full season in and hopefully with minimal disruptions and to get back to some normality.”

Heading into the 2021 season, the Swans are focused on playing an “attractive” brand of footy, which comes with a high work-rate, hard attack on the ball and an exciting style of play that will showcase the skillset of all the players on thee field.

“We like to use our skill and our speed. So, you know, we’ll win it in the clinches, but we’ll get it to the outside and move the ball,” Taylor said. “Historically, we try to play some pretty attacking football and, and attractive football – always promoting the game as well.

“A brand that is hopefully, fingers crossed, high scoring, attractive to watch and, just exciting. We just want our girls to always be having fun, you know, they’re learning and they’re adding to their skillset, but they’re enjoying what they’re doing. And the best way to do that, I think is to make sure that you’ve got a game style that promotes people to play with their natural talents. So you know, you really want those girls to be able to thrive on and with their natural ability and just grow that.”

Speaking of natural ability, Taylor suggested some players to keep an eye on as the season begins, with Sarah Wielstra, Melisha Hardy and Jessica Cox all impressing throughout the preseason.

“We’ve had a fairly big list turnover in the last year or two and we’ve got a lot of really young people coming through… and it’s not the usual suspects,” Taylor said.

“Sarah Wielstra, she came to us for the first time last year, she’s a sort of ruck/forward, has spent some time as a train-on with Fremantle in the offseason, and I expect her to have a breakout season. She’s just so raw but she’s a really good talent. “A young indigenous girl Melisha Hardy, she’s an East Perth junior, but East Perth don’t have a team in the WAFLW so is playing with Swans and she’s been training the house down.

“Jessica Cox is someone who’s been with us for a few years and she’s just put in a mountain of work, she had a, I guess a breakout season last year in our midfield but I expect her to take the next step even more so this year.

“So that would be three. I mean, there’s more, but there’s probably three that I think are going to have significant seasons.”

The playing group has benefited from seeing a couple of their counterparts picked up in the 2020 AFLW Draft, with Shanae Davison (West Coast) and Mikayla Morrison (Fremantle) selected at pick 18 and 30 respectively, while Mikayla Hyde was selected as an injury replacement for Fremantle just 10 days before making her debut during Round 1.

“I think WA along with Queensland and South Australia, our young talent is probably fortunate, we only played I think six games but to actually get six games in and to be able to showcase their talent was just, you know, you can’t put a value on that,” Taylor said. “I think it was invaluable for our girls over here in WA, the Swans girls, but also just in general, for those young ones to be able to show their talent again, in a pretty good competition in the WAFLW.”

“We’re just excited to be able to get back to that and hopeful that you know, our restrictions over here in WA can keep us safe and keep the footy going.”

Swan Districts begin their 2021 WAFLW campaign against Claremont on the weekend of February 20.