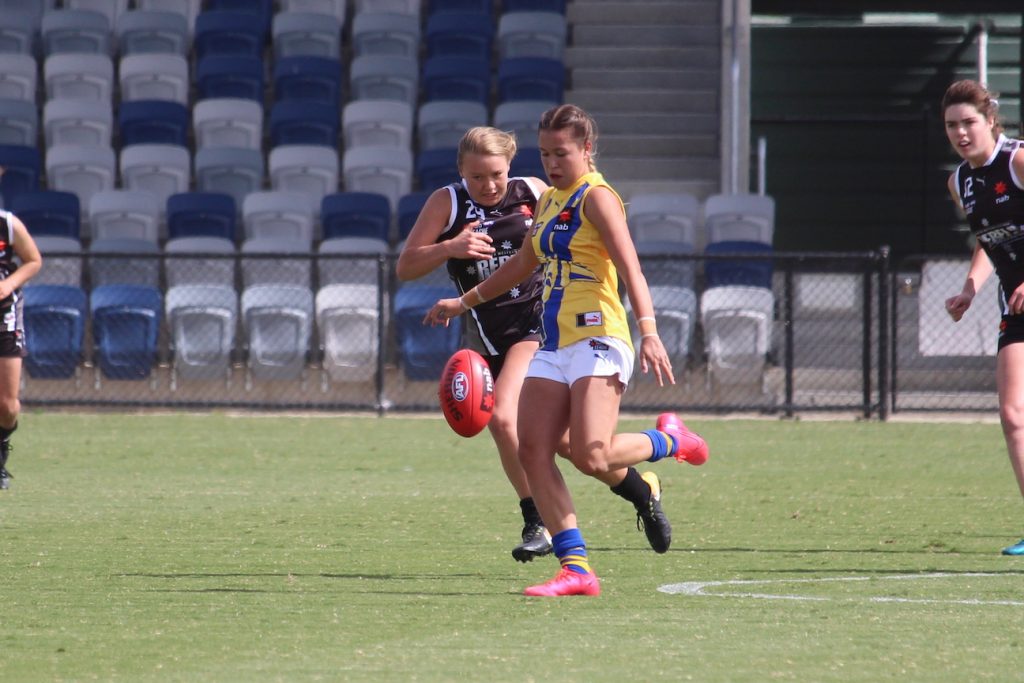 WESTERN Jets bottom-ager Charlotte Baskaran has taken out the opening round’s Draft Central Player of the Week Award after a best on ground performance in her side’s loss to the Eastern Ranges. Not eligible until next year’s draft and having made her debut as a 14-year-old back in 2019, the silky-skilled Baskaran is one to watch for the future.

Averaging 20.3 disposals, 6.0 tackles, 2.0 marks, 2.7 rebounds and 3.7 inside 50s last year from three games, Baskaran has started the new season on fire playing off a wing. Against the Ranges, she amassed 28 disposals – 23 kicks – as well as five marks, 11 tackles, eight inside 50s and three rebounds. In the Player of the Week poll, she was voted in ahead of fellow young gun, Charlie Rowbottom, who also had 28 touches and booted two goals.

The 28-disposal effort eclipses her personal best at the level which was 25 last season during the Jets’ draw with Murray Bushrangers. In describing Baskaran ahead of the 2020 NAB League Girls season, coach Zachary Read described her strengths as “elite skills and decision making”, which shines through on match day, with her ability to slice up defences going forward.

WESTERN JETS AT THE COMBINE INTERVIEWS: