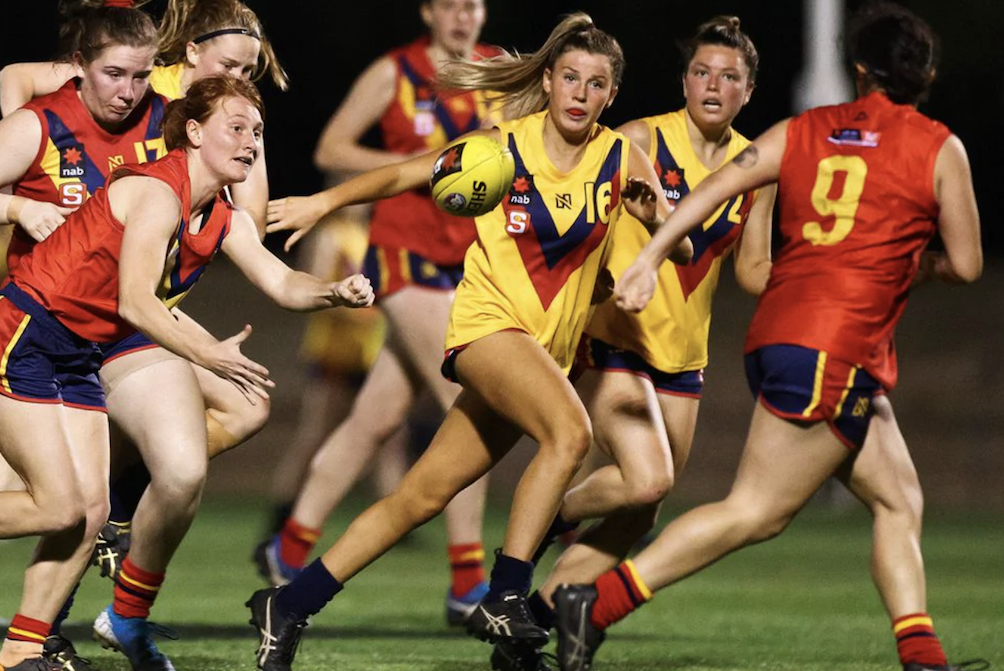 TALENTED West Adelaide teenager Zoe Venning is looking to build on her previous seasons at South Australian National Football League (SANFL) Women’s level in 2021. The now draft-eligible mid/forward has come a long way in a short space of time, and is eyeing off being drafted at the end of the year.

“I started footy not long ago so haven’t been playing too long, maybe four years, five years,” Venning said. “I started at Westies, I’ve been there for three years now, so this is my third season.”

“I felt I went alright, much better than last year,” Venning said of her 2021 performance. “I was not very good last year, so there will hopefully be an improvement. “I’m not strong at one aspect I find myself at, I’m okay at all of them, I don’t have a weakness but I don’t have a strength in any of them, so I kind of see that as a positive as well.”

On the field, Venning is known for her fierce attack on the ball, something she prides herself on. She is not afraid to crack in and win the contested ball, but also knows when to time her runs to enter a contest or drop back.

“A massive strength of mine is my hard ball gets, so I’m not afraid,” Venning said. “And my ability to read the play, so I tend to get a lot of ball because I work out to play a kick behind and in the stoppage, so I’ll always have an extra second to get to the ball.”

Having seen a number of her teammates in past years get drafted into the AFL Women’s, Venning said she hoped to follow in their footsteps. In particular, Rachelle Martin is a fellow hardnut that Venning has looked up to and aspired to be like when it came to training standards and her attack on the contest.

“She (Martin) tried so hard at training, she’s always hard at the all and she’s someone I look up to as a football player,” Venning said. “She hasn’t got a game this season (so far for Adelaide) but she got one last season.”

Having spent time around the likes of Martin and other Adelaide AFL Women’s listed players such as Madison Newman and Chelsea Biddell, Venning said the experience only helps her strive to become the best possible player she could be.

“Definitely and I just like them being in my team because they’re such a role model, it makes you push yourself and go ‘I want to be like that’, that’s the goal,” she said.

Now with the season fast approaching ,Venning has her mind set on both short and long-term goals for herself and the Westies.

“My goal for the year is to get drafted and have a good season with my team, hopefully play finals,” Venning said. “Then something if I could improve across, my left, right handball, left right kick, just the action of both hands, making sure my skill execution is on point by the end of the year.”

West Adelaide kicks off its 2021 campaign at Coopers Stadium against Norwood, the side it knocked out of the finals series last year, the second of a double-header at the venue with a grand final rematch opening proceedings from 6pm local time.