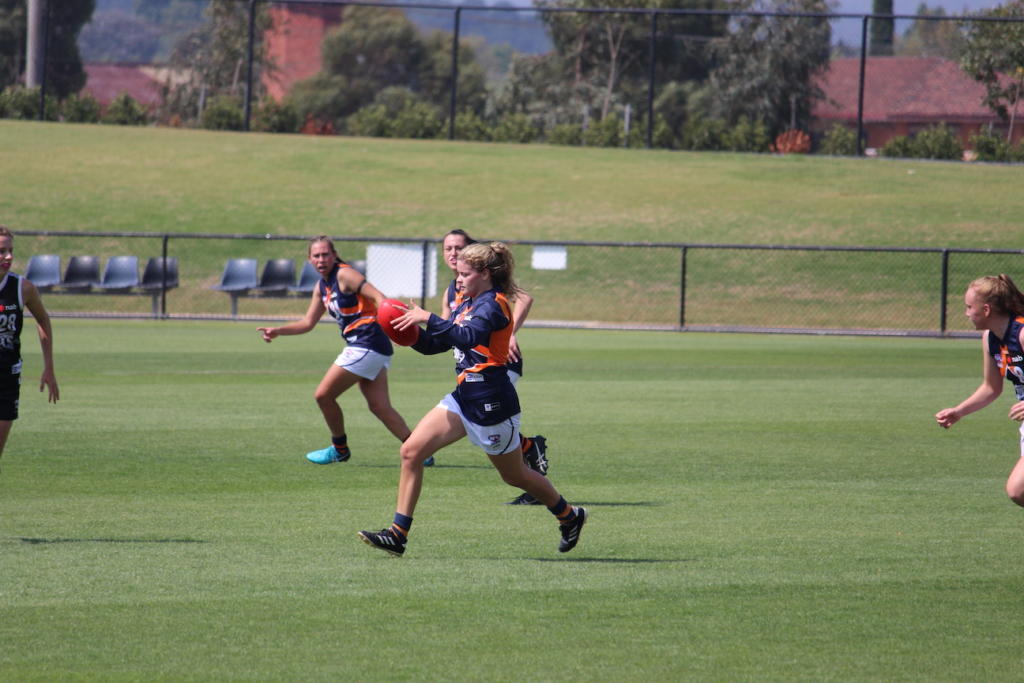 AFTER almost 12 months of waiting, the NAB League Girls competition will kick off today for the first of nine rounds and three weeks of finals in 2021.

The season will have eight consecutive weeks of action between February 6 and March 28, before the players have a break for the AFL Women’s Under 18 Championships. The final round will be played on the Anzac Day weekend, with finals to begin on the first weekend of May.

The highlights include the Northern Academies entering the fray in Round 6, with the two Queensland Academies – Brisbane Lions and Gold Coast Suns – taking on Northern Knights and Eastern Ranges respectively in a double-header at Latrobe University. In the same round, Sydney Swans Academy will travel to face Geelong Falcons, while GWS GIANTS Academy takes on Murray Bushrangers. Northern Territory Academy will feature in two matches either side of the AFL Women’s Under 18 Championships against Greater Western Victoria (GWV) Rebels and Eastern Ranges.

Given 13 teams are full-time in the competition, at least one team will receive a bye each week in the first seven weeks, to play eight matches this season. The Labour Day long weekend will only see three matches played, including a special Friday night fixture between Dandenong Stingrays and Oakleigh Chargers at Bluescope Recreation Centre in Hastings. Bluescope Recreation Centre will be another home for Dandenong Stingrays, while Tasmania Devils will play four home games at four different venues.

Due to COVID-19 restrictions reducing the amount of matches able to be played at grounds without sufficient time for cleaning of changerooms, there will be minimal double headers aside from grounds large enough to host teams thanks to multiple changerooms. These grounds include Epsom Huntly Reserve and Highgate Recreation Reserve.

The opening round kicks off this Saturday with the first official bounce coming at Kilsyth Recreation Reserve where Eastern Ranges host Western Jets. Up north, Murray Bushrangers take on Bendigo Pioneers at Yarrawonga Football Ground, and Gippsland Power host Tasmania Devils at Highgate Recreation Reserve. On Sunday, Geelong Falcons take on GWV Rebels at Deakin University, before a double-header at Highgate with the remaining four metropolitan teams – Calder Cannons and Sandringham Dragons, and Northern Knights and Oakleigh Chargers – lock horns.

Dandenong Stingrays have the bye in the first round before hosting the Dragons in Round 2 at Frankston Park. The first double-header at Epsom Huntly Reserve on Valentine’s Day will see Bendigo Pioneers and GWV Rebels go head-to-head, before Murray Bushrangers and Geelong Falcons face off.

The full fixture can be found on the NAB League app.