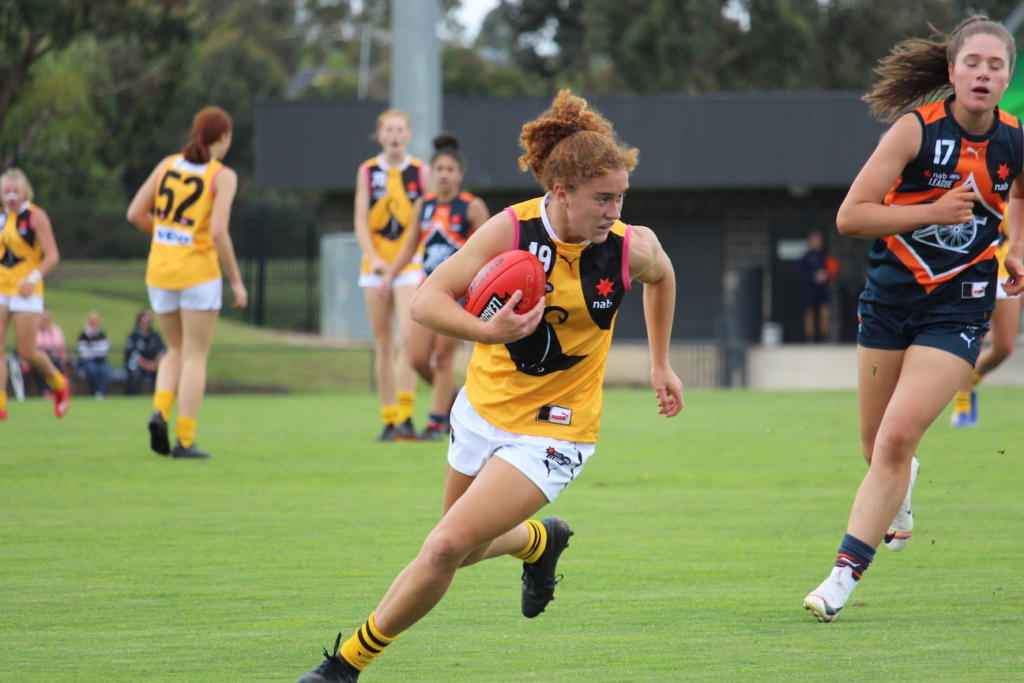 The clear top performer across the board had to be Murray Bushrangers’ Madison Gray who had the highest vertical leap and running vertical leap at 57cm and 81cm respectively, as well as finishing second in the agility (8.72 seconds) and sixth in the 20m sprint (3.319 seconds). Remarkably, Gray broke the record for the running vertical jump set by Maddison Levi last year (75cm). There were a number of players who featured in multiple Top 10s, such as Tasmania Devils’ AFL Women’s Academy member Perri King, finishing seventh in both the vertical jump and 20m sprint, while teammate Madison Brazendale finished second in the 20m sprint and yo-yo test to show a great balance of speed and endurance. Gray’s teammate Molly Kennedy won the agility test with a time of 8.68 seconds.

Not too many NAB League followers would have been surprised to see Amber Clarke top the 20m sprint, posting a blistering 3.164 seconds, while she also finished fourth in the agility. Western Jets’ Montana Ham finished top three in both the standing and running vertical jumps, while Oakleigh’s Rianna Thiele also recorded Top 10 finishes in the jumping tests. Northern’s Zara Flanigan was the clear standout in the yo-yo test – the first time the yo-yo has been used for the NAB League Girls – running a 17.2, while also finishing equal sixth in the running vertical jump. The other players to finish in the Top 10 for multiple categories were Calder Cannons’ Zali Friswell (20m sprint and yo-yo) and Sandringham Dragons’ Bridie Hipwell (agility and yo-yo).

The Top 10s from each test are listed below: