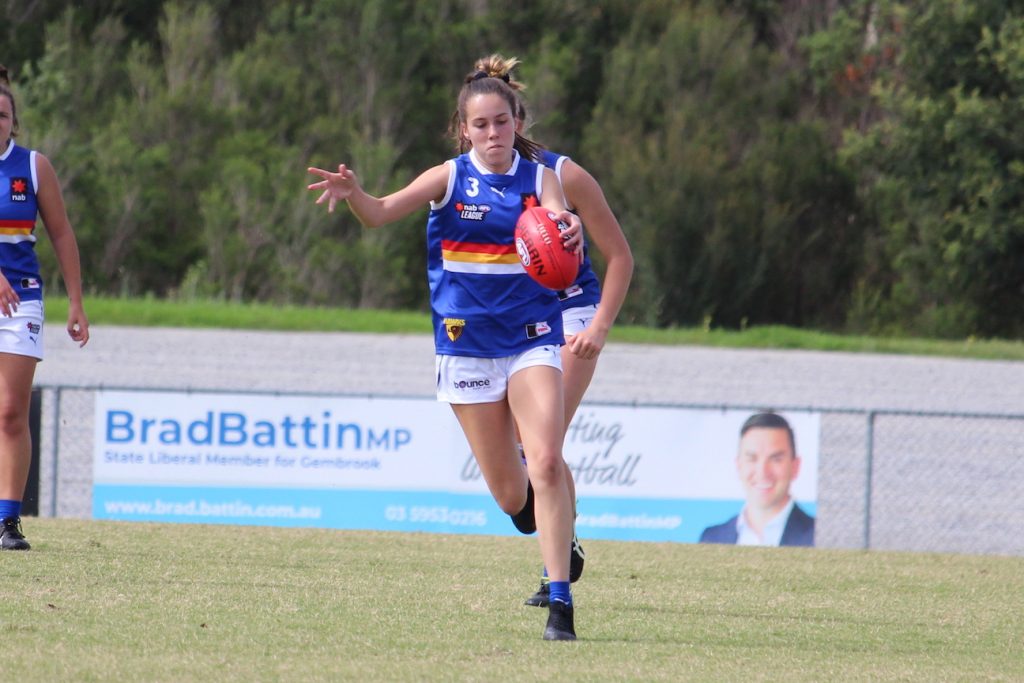 EASTERN Ranges have taken time easing into training, but head coach Travis Cloke is confident the team is in really good shape heading into the season, saying the girls are ‘happy, fit and healthy’

“This is the first year they’ve had a proper program in place that’s been full time,” Cloke said, “So we’ve tried to ease them into it as much as we can, but understanding and explaining to the girls that they had Round 1 coming in less than 8 weeks.” “We missed a few sessions, pre-Christmas due to some storms and post-Christmas due to the heat.”

With the changes to coach allocation within the NAB League clubs due to COVID, Cloke is excited to be taking on the role across both the boys and the girls programs.

“I was in Queensland when it all came about, I was jumping out of my skin to come back and be involved with the NAB. It’s a space I’ve been pretty passionate about my whole career, especially over the last five years when I was transitioning from player to coach,” Cloke said. “I owe it all to Luke Power, he dragged me to New Zealand four years ago with his group and from there I’ve really found that love for NAB League and youth development programs.”

“Our staff at the Eastern Ranges, a lot of them have been involved at NAB League level before which is great, so I lean on them for ideas and how we go about things, and I can bring a fresh look and ideas to the program going forward.”

When asked who had impressed most over the preseason, Cloke was pleased with the entire squad.

“Here’s the thing, do you look at 19-year-old girls? 18, 17, 16? We got a couple of 15 year-old girls as well.” But obviously looking at our older girls, we’ve got Georgia Campbell, she’s really athletic, got really good height, can take a mark and obviously her skills are very good. We’ve got four or five girls that are training at VFLW at the moment, so we don’t see them as much but when we do, we see the standards of their learning at VFL.”

“Another young lady Jorja Livingstone, obviously great pedigree from her father at Richmond, but the standards she drives in our group as a young lady is amazing, she runs extremely well with a 7:17 2km time trial. “I look forward to seeing how all our girls perform in our NAB program, it’s new to how it was run previously, but it’s an opportunity for our girls to grow and learn.”

Cloke noted that the “whole group” had really developed over the preseason rather than just individuals.

“From the first session when I saw the girls to the last session on Thursday night, it’s been amazing to see their growth, not just as footballers but also as young ladies, and that’s the important factor I want to drive, we’re not just athletes and we’re not just footballers, we’re also part of the community,” Cloke said.

“Anyone that comes into our program, boy or girl, at any age, I want them to leave a better person not just a better athlete. “We try to really touch base on that holistic approach, making sure that our girls that have finished school are doing part-time work, they’re at university, they’ve got something going on. “For our girls that are doing Year 12 this year, lets work with them, make them feel comfortable so the stress and anxiety isn’t there, if you need to have a night off, have a night off, lets be real and understanding that our education is more important than kicking a football around.”

The Ranges 2021 campaign will kick off hosting the Western Jets on Saturday February 6, playing at Kilsyth Recreation Reserve.