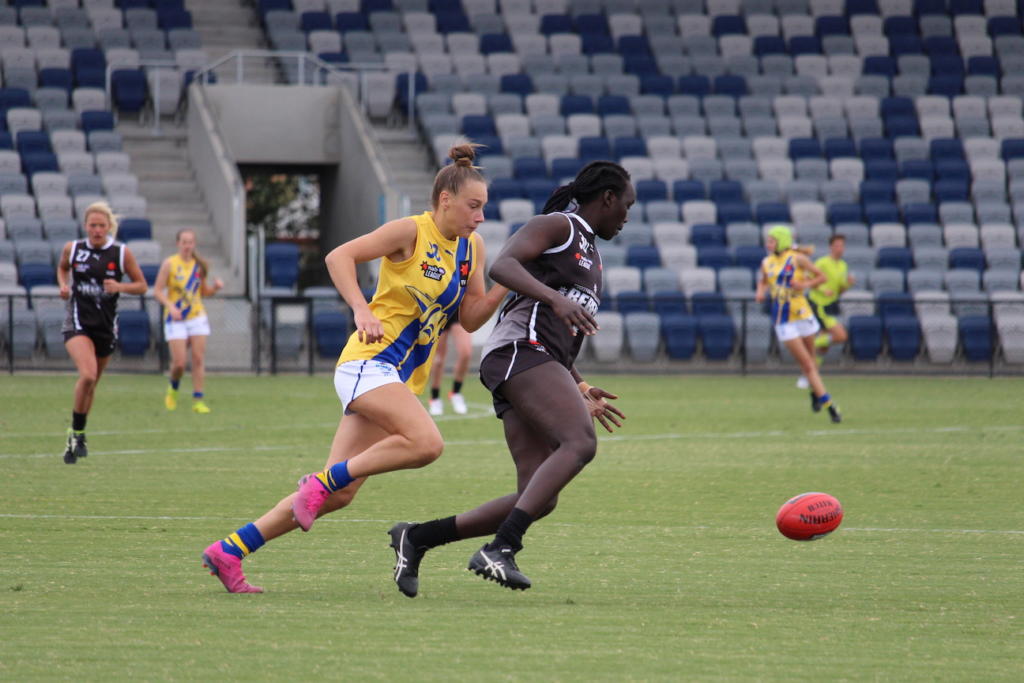 THE GREATER WESTERN VICTORIA (GWV) Rebels are making the most of an interrupted preseason, with Talent Operations Lead Phil Partington making the most of the squad being all together when it happens, such as last weekend’s NAB League Girls Preseason Testing Day.

“This (NAB League Girls testing day) is the fifth time we’ve had our girls all together since November,” Partington said. “It’s a credit to Rookie Me and also the AFL to have a testing day like this. “To see the whole squad and girls get the whole experience of testing is fantastic for them, not only as athletes but also as people.”

Looking to optimise the players’ time as a whole squad, the Rebels had a leadership development session planned for after the testing.

“The girls haven’t really spoken too much about that sort of stuff.” Partington said in relation to leadership group selection. “We’ve got Damian Ross our leadership consultant, and David Loader, will do a two-hour session with the girls, speaking about our values of the football club and program, then they will select a leadership group for the year.”

The effects of COVID-19 were felt in the NAB League with staff allocation heavily affected across the boys and girls programs. Despite the challenges teams have been confronted with, Partington is confident in the Rebels’ coaching staff for the year ahead.

“We’ve got a great coaching staff that’s just been appointed, we’ve got a lot of AFL experience,” Partington said. “David Loader has been at North Melbourne Football Club for five years, and Jason Lappin, who’s one of our assistant coaches, has been in the AFL system for 12 to 13 years, so the girls are learning a lot.

“During that COVID period we made sure we kept in touch with our girls through Zooms and other social media sites to make sure they’re doing their work and just to have someone to speak to as well. “A lot of our girls come from country farms, so they’re isolated, so it’s really important we keep a social connection with our kids and we’ve done that pretty well with our coaching staff which is good.”

When asked who had impressed over preseason, it is no surprise Partington mentioned the two Rebels in the AFL Women’s Academy squad.

“Certainly Ella Friend and Nyakoat Dojiok have trained well over pre season, so expect some really good games out of that,” he said. ”Paige Scott who’s a younger girl, 2022 draft eligible, she’s been really impressive too the way she’s been going in our trial games. “We’ve got some good girls coming through, we’ll be a competitive group and the main thing is our girls will enjoy their footy and we’ll get our best results when we really enjoy our footy.”

It wasn’t only staff allocation affected by COVID. With training having to be heavily modified due to clubs being unable to play practice games, the Rebels had to change how they went about it.

“I suppose before Christmas was more the fundamentals of the game and getting a bit of a fitness base up,” Partington said. “The girls were given a good program over that Christmas period, and they’re self-driven so they’ve been not only pushing themselves, but also each other on Facebook.

“Our trial games have been just more game simulations, not so much trial games but more how do we play in these situations and a bit more game sense for them. “We had our last one last Wednesday and we’ll roll into Round 1 this week.”

A feel good story is brewing at the Rebels as well, with 2002-born defender Stephanie Glover returning this year after an anterior cruciate ligament (ACL) injury in 2020. Partington said she will fit in down back as one that has been really good during the pre-season phase.

The Rebels will kick off their 2021 campaign against Geelong Falcons at Deakin University on Sunday, February 7.