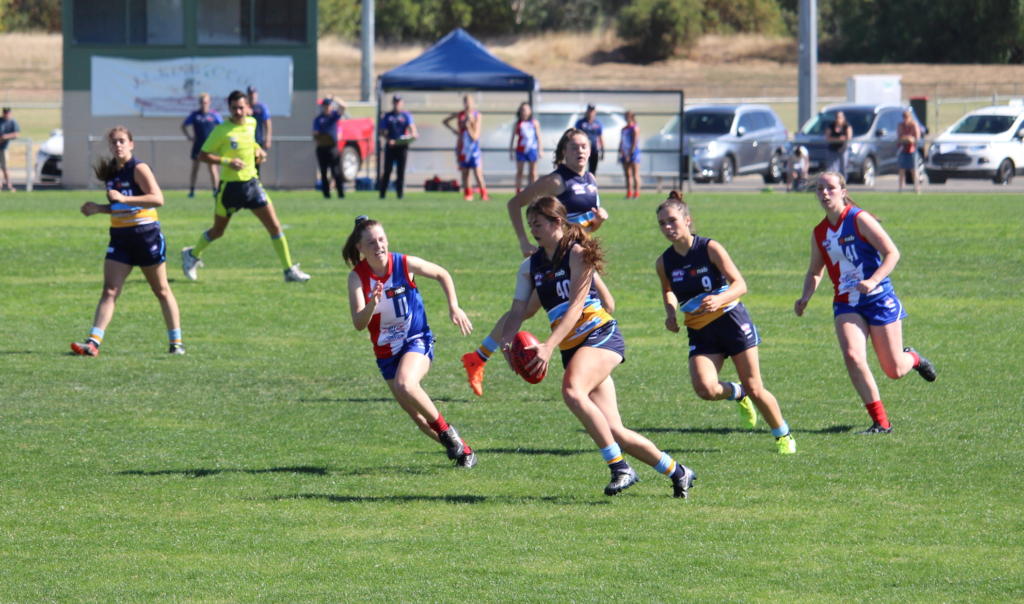 IT has been somewhat of an unconventional pre-season for Bendigo Pioneers with the changeover of coaches due to Damien Truslove making his way back to New South Wales over the summer period and subsequently getting stuck there due to the COVID-19 outbreak. However that has not put a dampener on the Bendigo players who according to Talent Operations Lead Brooke Brown are chomping at the bit to get the season underway.

“Pre-season has been really, up and down for the girls,” she said. “Unfortunately, our coach, headed back to New South Wales prior to Christmas, and has been stuck up there and hasn’t been back since and unfortunately he decided to stay in New South Wales. So, the girls have been under the watchful eye of our interim coach, Danny O’Bree.”

“I can say post-Christmas the enthusiasm and I guess the work that the girls have done throughout the Christmas break has certainly shown. Since that Christmas break, they’ve been training the house down which is really good but most importantly, they’re just having fun. And given the year they had last year that’s all we want from these girls at the moment just to have some fun.”

With Zoom becoming a focal point in everyday life, many of the players have gotten accustomed to communicating with the coaches via that platform while also absorbing as much information as possible from interim coach O’Bree and a number of assistant coaches.

“Damien who is the head coach at this point in time has been nothing short of amazing. Even though he’s been stuck in the red zone, he hasn’t once stopped contacting, communicating with the players, but most importantly he hasn’t stopped communicating with our staff and he has daily conversations and zoom meetings to catch up with interim coach Danny O’Bree so the girls are very, very well looked after,” Brown said.

“Our part-time coaches have been nothing short of amazing and this year we’re lucky enough to have ex-AFLW Collingwood player Emma Grant on board as one of our assistant coaches. “As I said, the girls are well looked after that they understand what the situation is I guess with Damien and taking everything in their stride.”

Despite a wealth of off-field obstacles, Brown said the group are more than excited to get back out on the park after the year that was 2020 with the season cancelled prematurely due to the COVID-19 pandemic.

“They’re pumped, they’re so excited,” she said. “It’s actually quite, funny to watch them run around and the enthusiasm is just mind boggling to see these girls just really excited to head to Yarrawonga in a couple of weeks’ time to play our first game.”

“They’re competing for spots, they want to play, they’re excited to play because they’ve missed out on so much in the past year. “We’re all excited for them and, as I said, win, lose or draw, as long as they walk off the field with a smile on their face and they’ve learnt something then we as a program have won.”

AFL Women’s Academy member Tara Slender headlines the Bendigo Pioneers outfit and is set to once again be a key cog for the Pios throughout their campaign given her ability to play at both ends of the ground and overall leadership qualities.

“We’ve got our NAB League Australian squad member in Tara Slender,” Brown said. “She’s certainly someone that has trained really, really hard and shows great leadership skills over the course of the preseason and, and she’ll certainly be one to watch.”

Outside of the Academy member in Slender, Brown highlighted a couple of other exciting prospects that are gearing up for a big NAB League Girls season crediting their performance and commitment over the off-season to their overall development.

“There is another couple of players that have really shown, certainly in the last month that their development has come a long way, and certainly their fitness over the Christmas season and their enthusiasm to play has grown, and they’re Jayda Richardson, who is I think from the Moama region. Jayda is a forward, and has shown some great development over the course of the last couple of weeks and Maddie Marks, who will probably predominantly play ruck/forward. “She has certainly shown that she’s got the skills and attributes to probably play at a higher level in a forthcoming year.”

With some exciting top-age talent amongst the mix the Pioneers also have some budding up and coming youngsters that are eager to get out onto the park and ply their trade with Lila Keck, Bryde O’Rourke and Arkie Donnelly noted for their potential.

“Bottom-age players we’ve got a few girls that are just fizzing to play football,” Brown said. “They nicked down as a 15-year old so they’re now 16/17, and they’re Lila Keck who’s a small forward and Bryde O’Rourke, who’s a midfielder, who has shown a lot of potential and a lot of hard work. “I don’t think she has missed a training sessions in preseason.”

“Arkie Donnelly, who’s a defender, so she’s a 17 year old defender this year so they’re probably six girls but I mean I could talk about all of them. “Certainly, those six girls are showing that their preseason is going to hold them in good stead, in the forthcoming season.”

A main focus for the team in the upcoming NAB League Girls season is to have fun. After such a challenging 2020 with COVID enforced cancellation of the season many of the girls have been unable to take the field for close to 12 months and the Pioneers are eager to ensure that the players enjoy every moment they can out on the field and get the basics right.

“Some of these girls, as I said haven’t played footy in a year or two years,” Brown said. “Some are very, very raw. “We’ve got some girls that are very young. “We just want to get the basics right. “And we’ll be competitive. “And that’s the most important part, if we’re competitive and we can walk off the ground and we can say that we’ve, we’ve done our best and then certainly from my perspective and Danny O’Bree’s perspective that’s all we can ask them to do.”

Bendigo kickstarts its 2021 NAB League Girls campaign off against Murray Bushrangers on Saturday at Yarrawonga..