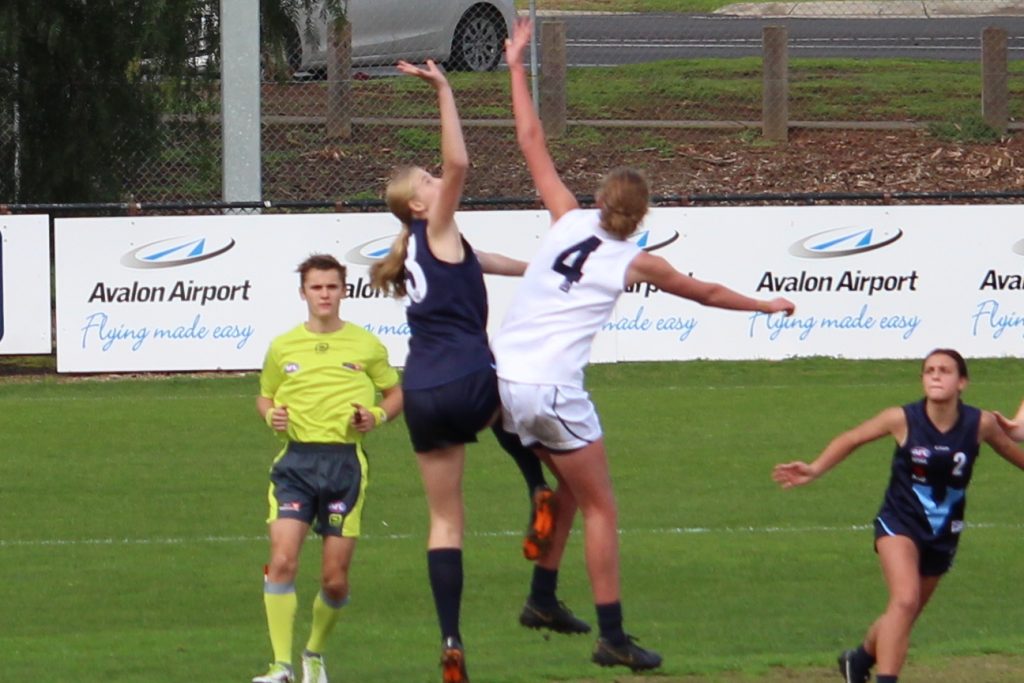 THE 2021 NAB League Girls season is set to bounce down on Saturday, with players looking forward to their first taste of competitive action for nearly 12 months. Gippsland Power is one of the sides in action on opening day, poised against the Tasmania Devils at Highgate Recreation Reserve.

Power tall, Grace Matser is one prospect looking to impress in her draft year, with the 186cm ruck readying for her first outing in Gippsland colours since April 2019. The high-level basketballer managed six games as a bottom-ager that year but did not feature in the shortened 2020 season, making her layoff even longer than some.

Having committed to football, the developing key position player is adapting to the code and has made some serious strides in preseason. Gippsland coach Rhett McLennan identified her as a “standout” on the track thus far.

“I think (there have been) two real standouts,” McLennan said. “Grace Matser, she’s our ruck from Korumburra, she’s done a power of work over that lockdown period and showed great self-motivation. “To get herself in fantastic condition and still develop has been sensational.”

Matser attended the NAB League Girls preseason testing event hosted by Rookie Me, and told Draft Central of some of the attributes she is looking to bring to the fore across season 2021. Given she ticks the ‘basketball background’ box, Matser says some of those skills have transferred into her football.

“I feel like I can read the ball really well,” she said. “From basketball you’ve got to know how to read the play so I can tell where everything’s going. Also just general craft around the ruck and all that kind of stuff.”

“I (want to) just to be a real presence around the club, be a real voice out there and obviously have that confidence as well. Also hopefully getting drafted to an (AFLW) team would be amazing

On the other hand, Matser is still developing parts of her game which, as a tall player, will inevitably help her make a bigger and more consistent impact on games. In these aspects, the 18-year-old says confidence is key.

“Definitely my confidence around the ball (is an area of improvement),” she said. Especially in packs, being able to be that tall target around the ground.”

Having only begun her footballing journey in 2017, Matser’s rate of development has been steep. The raw and athletic prospect represented Vic Country’s Under 16 side in 2019 and says among her favourite aspects of the game is its “team environment.”

“I started in 2017, just with the local youth girls team down at Korumburra and went to try out for the Gippsland Power that same year,” she said. “I was a bit young to play but I’ve been with them for four years and I’m absolutely loving it.

“I just love the team environment, just how the girls get around each other and how they’re so supportive. Also the physicality of it as well.”

Expect to see Matser feature prominently in the Power’s NAB League Girls campaign this year, with some exciting talent coming out of the Country region once again.

The Draft Central crew also chatted to a number of Matser’s teammates and young guns from around the competition on preseason testing day, all of which can be viewed on our YouTube channel across the coming days in the brand new ‘At the Combine’ series. Don’t forget to subscribe for more!