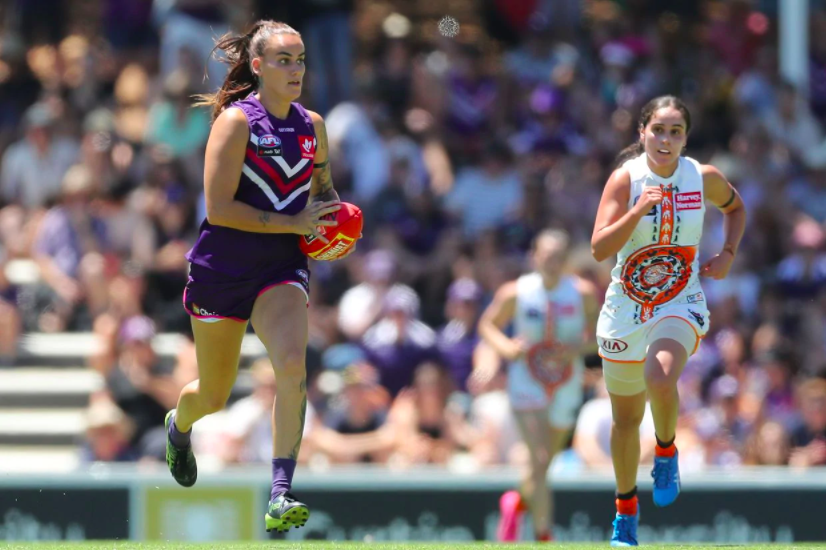 THE AFL Women’s season bounced down on Thursday night and produced plenty of eye-catching moments across its opening round, no less on the stats sheet. We take a look at some of the interesting statistical quirks and broken records to come out of the weekend’s action, while also giving a nod to the individual stat leaders across each category.

>> SCROLL for the Round 1 stat leaders

Outstanding individual performances from Fremantle’s Gemma Houghton and GWS’ Alyce Parker put them atop multiple categories this week, with both arguably their respective teams’ best player at Fremantle Oval on Sunday. Houghton became the first woman to achieve a game of over 20 disposals, 10 running bounces, and three goals – a feat the likes of Dale Thomas, Brent Harvey, and David King all managed in the men’s league. She topped four key stat lines, while Parker lead in three areas as two clear player of the week candidates.

Parker and GWS teammate, Rebecca Beeson may have led all comers in Round 1 with 28 disposals apiece, but Melbourne midfielder Karen Paxman was on track to easily trump those numbers at half time of her outing against Gold Coast. The 32-year-old amassed 13 disposals in the second term to take her first half tally to 19, putting her well on track to beat Anne Hatchard‘s AFLW record of 34. She finished with 25, but the damage was done as Melbourne ran out 21-point victors.

North Melbourne nearly toppled multiple other records in its 62-point destruction of Geelong at Kardinia Park on Sunday. The Roos’ romp made for the third-highest winning margin in AFLW history, and was their second-highest total across three seasons in the competition. One thing the Kangaroos did achieve was the highest-ever opening round percentage (788.9) in AFL/AFLW history, which inevitably aided the competition as a whole in managing the highest-scoring AFLW opening round.

Featured Image: Docker Gemma Houghton was the dominant stat leader in Round 1 | Credit: Will Russell/AFL Photos