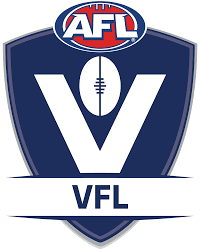 THE AFL yesterday announced the start date for its revamped Eastern seaboard state league competition, set to commence on April 17. While standalone and AFL-aligned clubs from New South Wales and Queensland are to be included in the league, its name remains the Victorian Football League (VFL) with 16 of the 22 clubs based in the state. A full list of the teams can be found below.

The home-and-away season will consist of 19 rounds, with each club to play 16 matches and enjoy three byes each. At regular season’s end, a top eight finals structure commencing on August 28 will whittle the teams down to two, scheduled to face off on the weekend of September 18. The full fixture will be released later this month.

Running concurrently with the NAB League and AFL Premiership seasons, the VFL is set to feature AFL-listed players across 14 of the teams, while Under 19 pathway prospects will also be aligned to clubs via their talent regions. Clubs from each state will have connection to community and pathway programs throughout the season.

All clubs have commenced preseason, with practice matches set to get underway in March and return-to-train protocols remaining in mind after a Covid-affected season in 2020. The new campaign marks a return to state league action across the Eastern seaboard, with both the VFL and NEAFL seasons scrapped last year.