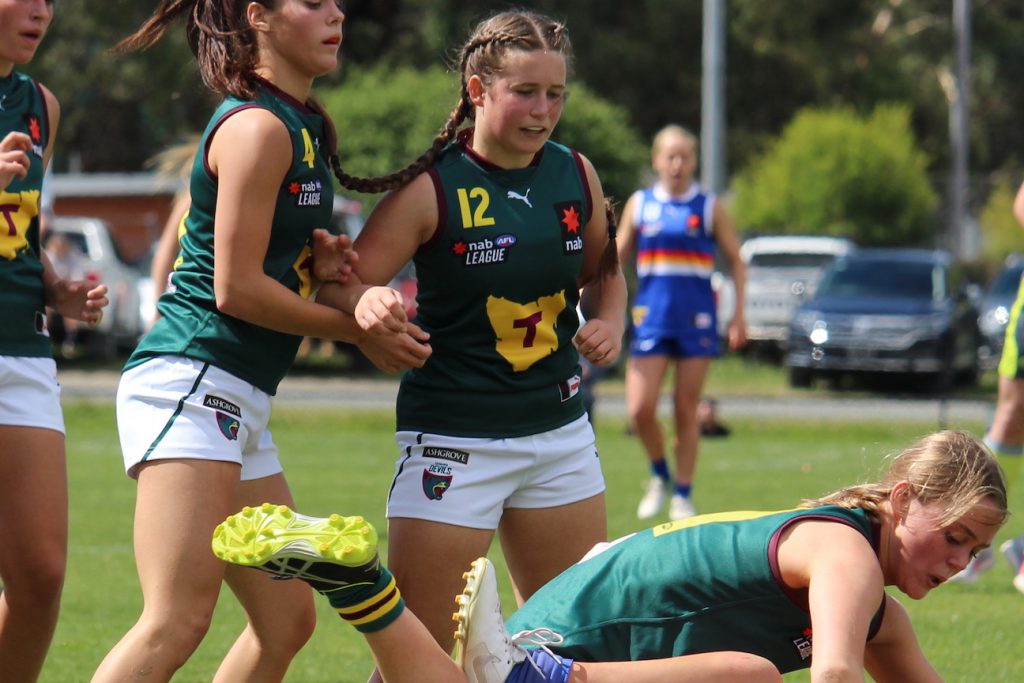 ZOE Bourne enjoyed her experience with Tasmania Devils in the NAB League Girls last season, however brief it might have been. The team lost both its games, but it was a memorable time for the talented teenager who now has a team-oriented goal for the 2021 season.

“As a team goal I think just to win some games,” Bourne said. “Obviously we didn’t get much of a chance last year, but I think we have a really strong team this year so hopefully we can get over there and win a few.”

The top-age player has come through the development pathways in the Apple Isle, following her brother into the code, and making her way all the way to the Devils’ program at the elite junior level.

“I started footy when my brother played a lot of football when he was growing up and I sort of got around it then, and then I started playing for North Launceston Juniors,” Bourne said. “So this will be my fourth season of footy. “I played for them for two years, and then went to North (Launceston) TSLW for a year, and then unfortunately that collapsed. I started playing Devils last year, and this year obviously Devils and playing for Old Scotch in the NTFA.”

Predominantly a pressure high half-forward, Bourne is a fierce player who is clean at ground level and eyes off crumbing the tall forwards when inside 50. Using her speed and agility at ground level, Bourne is able to create scoring opportunities through separation from her opponent. In 2021, the North Launceston now Old Scotch-aligned talent is looking to improve her fitness in a more challenging competition.

“Being able to get the ball a lot more, then using it a bit more and using it a bit more smarter with the ball,” Bourne said. “It’s (pathway) definitely been a big change, last year playing Devils was a lot different to playing club football. “The standard is very different, I find it a bit more challenging, but it’s a good challenge. “It’s really eye-opening and you get to know that kind of standard so it makes you a better player.”

Her brother has been someone she has looked up to throughout her football journey and now as she enters her top-age year, she is looking to perform to her best to just see where her football can take her.

“He’s the one I’ve watched playing footy and I wanted to get into it because of him, and he taught me all the foundations and skills that I’ve been able to bring to club footy,” Bourne said. “I guess I’ll just see how far I can go through the Devils program and maybe the draft and see where that goes.”