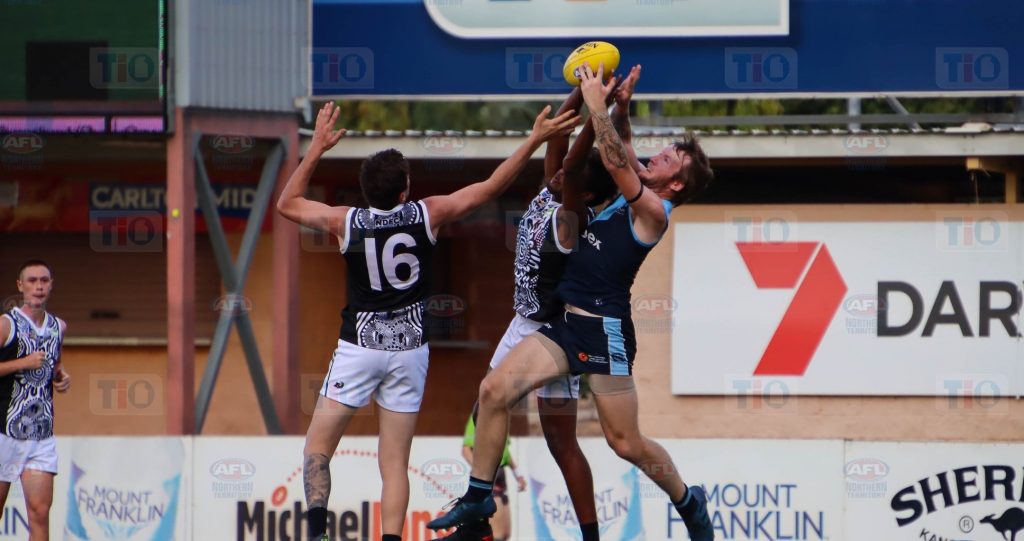 ROUND 15 of the Northern Territory Football League (NTFL) Men’s Premier League got underway on Tuesday, as Waratah defeated Wanderers by 38 points to take out the Foundation Cup. There are still three games left to play out though, with all of them scheduled for Saturday in what could be the day this season’s finalists are confirmed. Nightcliff, St Mary’s, and Darwin will be out to strengthen their standings in the top five and forge some winning form in the last month of action before finals.

Nightcliff meets Tiwi at TIO Stadium on Saturday afternoon in a battle between first and last, with the winless Bombers still searching for their first points of the season. Rooted to the bottom of the table, Tiwi has lost its first two games after the Christmas break by a combined 331 points, conceding 426 points in said outings to see their tally of 50-plus point losses rocket to nine overall. On the other hand, Nightcliff is riding a six-game undefeated run and has a wealth of prime movers who should be full of confidence after the Northern Territory’s representative triumph last week. The previous meeting between these two sides came in Round 9 as the Tigers got up by just 15 points, but signs are looking ominous as they prepare to lock horns once more. Tiwi has something to play for as club stalwarts Paddy Heenan and Bradley Palipuaminni play their 200th games, but expect the reigning premiers to show no mercy against a depleted Bombers outfit.

An opportunity to move up to second spot beckons for St Mary’s when it faces Southern Districts at TIO Stadium on Saturday evening, with the Crocs fighting to stay alive in season 2020/21. The Saints had their seven-game winning run ended last time out by Nightcliff, but remain one of the form teams of the competition heading into the final month of home-and-away action. Districts are all but officially out of finals contention having lost five of their last six games, sitting three games out of the top five with just four rounds left. The Saints got up by 38 points in the Round 9 reverse fixture and with double the amount of wins as their weekend opponents, will come in as deserving favourites. The pressure of needing to be perfect will inevitably either spur on or freeze Southern Districts, making for an intriguing end to the Crocs’ campaign – starting here.

Darwin will be out to cement finals qualification when it travels to face Palmerston at Cazalys Arena on Saturday night, with some top five jostling still to do. The Buffs are three games clear in fifth but two games off fourth spot, making it almost certain they will finish the regular season as they are. They still have a sniff at the top two though and will look for a big percentage booster in this clash. The lowly Palmerston has only beaten Tiwi thus far (twice) to sit seventh, suffering four-straight losses of late. Having already twice gone down to Darwin this season for a combined margin of 88 points, the Magpies will be up against it once again here. They can compete when at their best, but the Double Blues comfortably have their measure.