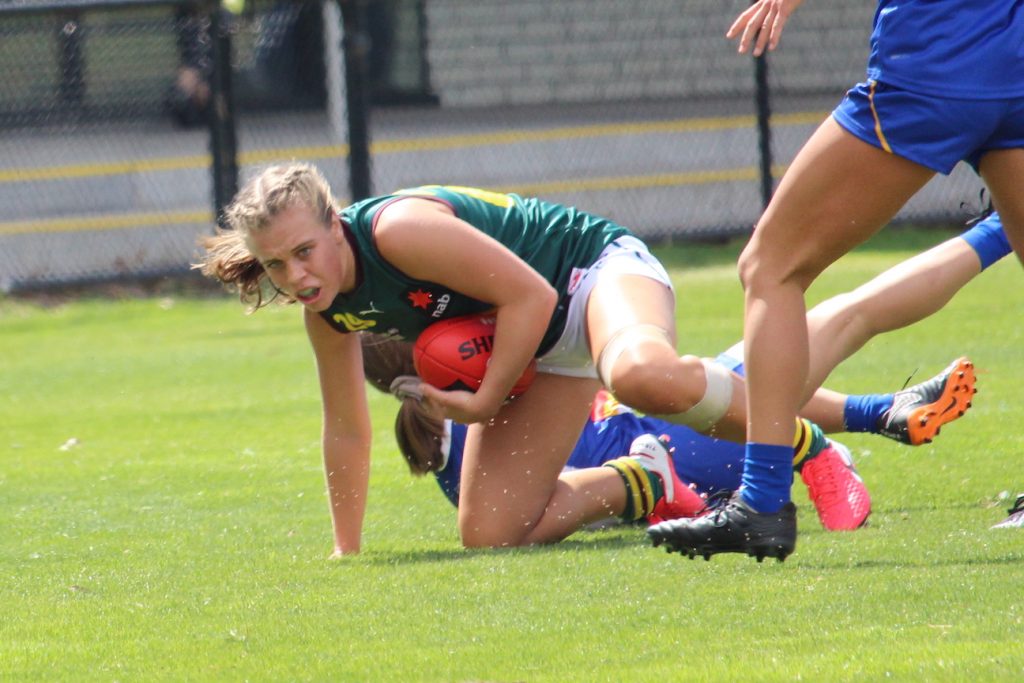 A TALENTED dual-sport athlete, Australian rules football defender Jemma Blair knows the toll that travel takes on someone expected to hit the road multiple times a week. Having taken up the sport in the Northern Tasmania Junior Football Association (NTJFA) with East Launceston, Blair balanced her fledgling football career with a netball one that took her all across the Apple Isle.

“I’d have two or three netball games a week, and one or two football games a week, so that would probably be about five trainings a week as well,” Blair said. “On the weekend I’d always be around the state with netball and footy.”

Blair’s football journey began five years ago, and soon she moved through the pathway in the NTJFA, then joined North Launceston, and was selected for Tasmania Devils.

“I grew to love the game and also played a bit of netball as well, so playing side by side with those two sports. “Then last year I was fortunate enough to start with Devils, and also North Launceston Football Club in the TSL, which has unfortunately collapsed so I’ve now gone to Old Scotch this year as well.”

The travel was “quite difficult” for the teenager, with the sports often clashing, and Blair having to pick between training sessions for both sports.

“A lot of the time I had to choose between which training to go to because it did clash a bit, and both playing at state leagues as well, it was a bit of travelling as well,” Blair said. It was all across the state.”

Having tasted NAB League Girls action last year for the Devils, Blair has enjoyed running out of defence and creating plays in transition down the field.

In 2021, Blair is eyeing off improving her skills and hitting targets more often, as well as becoming a more consistent mark. Her goal is to play more games and become an established player at NAB League Girls level.

“Last year we didn’t have much, it was quite a quick season with Devils, so hoping for a longer season this year and to get a few games over in Melbourne,” Blair said. “And definitely meeting new people and seeing how far I can go.”

Blair’s father has been her inspiration over the years, and the teenager considers him her idol. Looking forward, Blair is aiming to achieve everything she can in the sport and just go as far as possible.