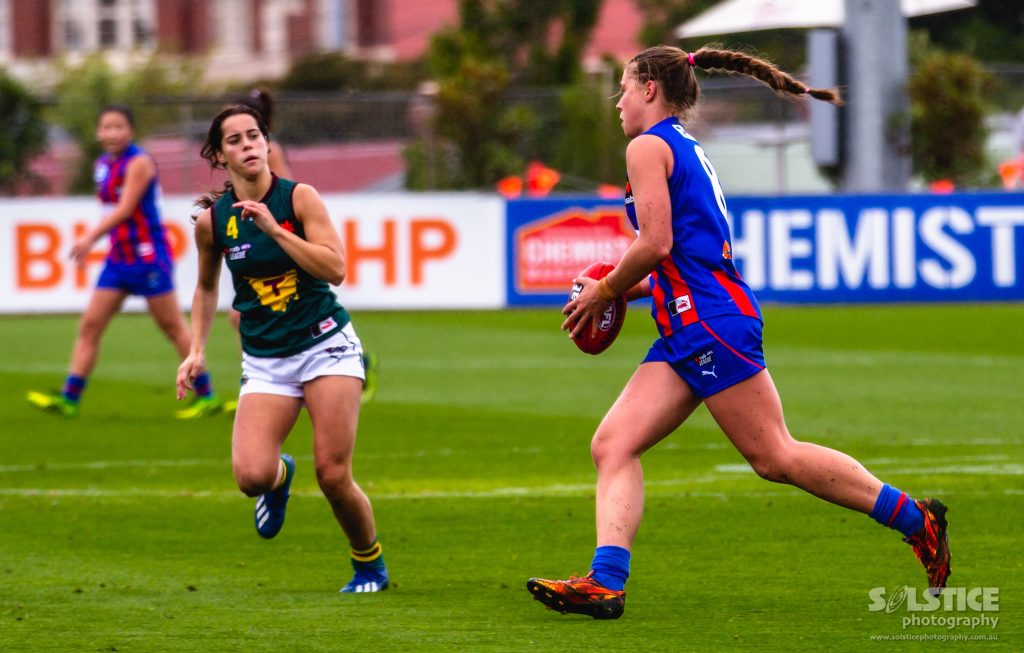 OAKLEIGH Chargers regional talent operations lead, Jy Bond says his troops are “looking sharp” ahead of what is set to be a whirlwind 2021 NAB League Girls season, starting February 6. The Chargers have undertaken a changing of the guard with Bond now overseeing both the girls and boys programs, and new coach Jason Davenport tasked with the same duty. Despite an elongated break and some disruptions during preseason, Bond says he is happy with the progress shown ahead of season proper.

“It’s been pretty interesting, obviously coming back after COVID having hired a coach (Marco Bello), then that coach left then we had to hire a new one (Davenport)… so that was pretty disruptive,” he said. “Having said that, the boys and girls still had a pretty good preseason and they’ve been working hard. “The girls looking really sharp, which is great. They’ve been training well, we’ll probably have a pretty competitive team again with a fair few top end talents running around so we’re pretty confident.”

With no time for practice matches, each region is relying on match-simulation and intraclub hitouts to help bring their players back up to speed after nearly a whole year away from competitive action. Expectations are being tapered, but after a promising 2020 campaign was cut short, the Chargers are hopeful they can compete at a high level once again.

“We’re not really expecting them to come out and play at their best straight away, but we’re hopeful that with a few weeks they’ll be back at sort of the level where they left off last year.”

“We’ve just got to make sure that we look after the health and well-being of the girls and we’re not really prepared to put them into that sort of match situation so early, but we’ll do a lot of match simulation and small-sided match practice at trainings to make sure they’re right for Round 1.”

While on-field success was difficult to measure in just two games, albeit with an average winning margin of 76 points, Oakleigh can still put a sizeable tick next to 2020 given its presence at the draft. Three Chargers were selected within the first 26 picks of the AFL Women’s draft, adding to the six graduates taken within 23 picks on the men’s side. In the modest words of Bond, it made for a “pretty good result” overall.

“Alice (O’Loughlin) was a bit of a surprise packet, we knew that she was definitely capable,” he said. “I know (former coach) Luke O’Shannessy was a big wrap for her, she’s definitely got a great athletic profile and it seems like she’s going really well down at North Melbourne. “We were obviously pretty confident of Mimi (Hill) going quite high. She’s just been an exceptional player for us over the last two years and then Joanna Lin, I think I was quietly confident about Joanna and I know Luke and I we do really love the way she went about it. “I watched a couple of games last year and I was really impressed with her courage… she’s definitely got something to offer so for her to go to Collingwood was a great result.”

Despite the turnaround of top-age guns the departure of some promising multi-sport athletes, Oakleigh is well-stocked across the board. Arguably atop the region’s talent pool is Charlie Rowbottom, the sister of Sydney midfielder James. She is one of many draft-eligible prospects Bond identified as promising after putting in strong preseasons.

“We’ve got Charlie Rowbottom, probably one of the most talented girls on our list at the moment,” Bond said. “Kalarni Kearns is another one who’s thereabouts, Amanda Ling is strong midfielder that we’re hopeful that will develop this year, Stella Reid is another player who has shown an exceptional amount of skill and ability to read the play over summer, Taylah Morton we’re looking to play in a few different roles this year, (and) Eliza James is definitely up there, she’s had a great preseason. “So we’ve certainly got some talented girls running around, we’re pretty excited with the girls to be honest.”

Others on the radar, albeit not yet of draft age include some potential father-daughter selections. 2004-births Gabriella Rawlings (daughter of Jade) and Jemma Rigoni (Guy) are part of the program along with Jasmine Fleming, the daughter of former Australian Test cricketer, Damien. Another middle-ager, Ruby Vanden-Boom is a developing tall who the Chargers will also look to utilise this season. She is quite “raw” according to Bond and also competes as a high-level rower.

Fleming, a promising cricketer, is one of a few players who will be rested for this weekend’s preseason testing event, but Bond says there are no glaring injury clouds over the squad heading into Round 1. The leadership group has been voted on by the players, set to be announced at the club’s jumper presentation night shortly.