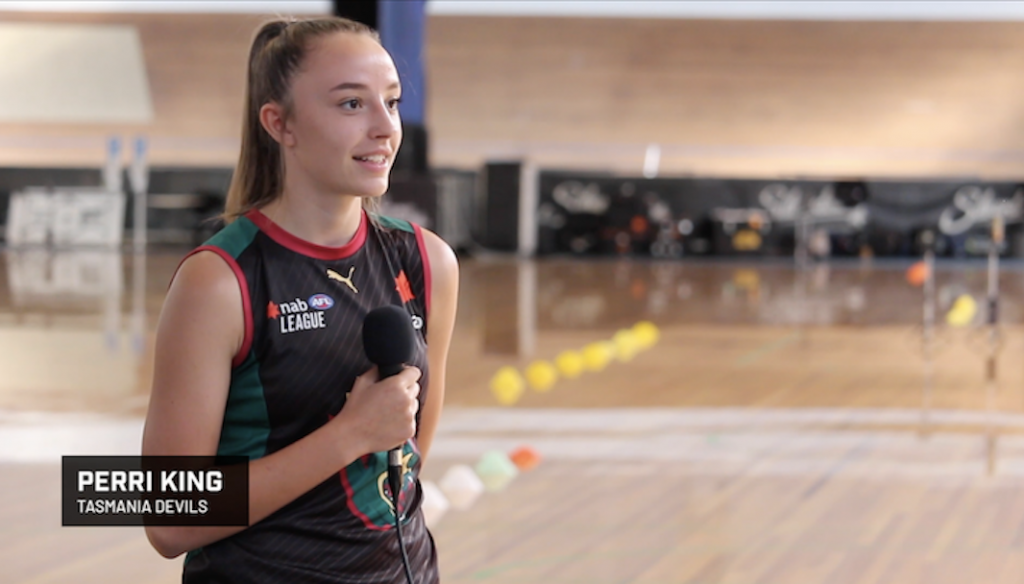 IN the first of some brand new exciting content as promised, Draft Central is giving its readers exclusive interviews with the future stars of Australian rules football’s elite competitions.

On Draft Central’s YouTube channel, there will be “At the Combine” interviews where you hear from the aspiring draftees themselves about their journey and goals.

Starting with the Tasmanian Devils’ NAB League Girls, there will be a number of talented footballers speaking to Draft Central, beginning with the first video release later today. From next week, the Victorian NAB League Girls interviews will be uploaded, and then further states in the coming weeks.

The “At the Combine” interviews are designed to provide an insight into what the draftees are going through in the final years of their junior career.

Make sure you are following Draft Central on YouTube to catch all the latest content, and there will be plenty more exciting content on the way.