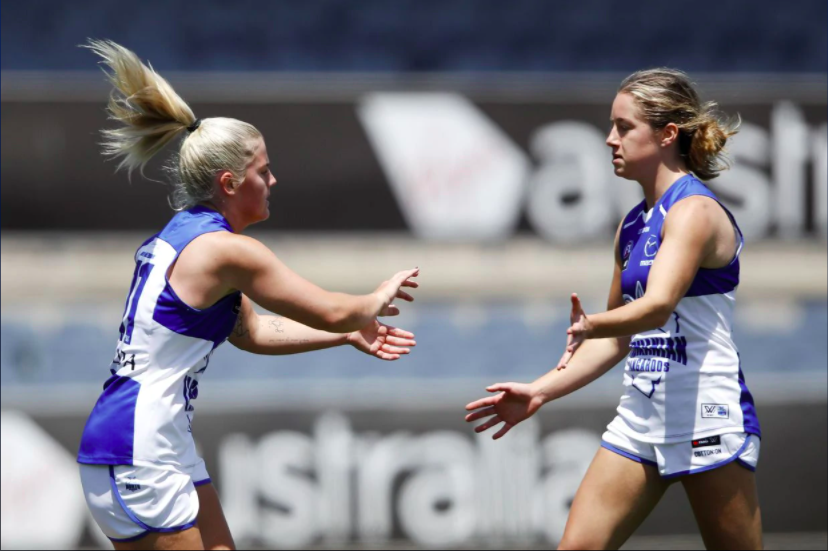 PERENNIAL premiership contender, North Melbourne will be hoping to bounce into consecutive finals series’ after its promising 2020 run was cut short. The Roos managed to maintain much of their strong core heading into this season and have added even more quality – not just to the overall squad, but also to the starting lineup with a star returnee. Under new head coach, Darren Crocker, expectations will be high at Arden Street.

A shock opening round loss to Melbourne could have derailed North Melbourne’s season before it even started, but instead served to emphatically kick the Roos into gear. The Roos got on the board with a steady three-goal win over GWS in Round 2 and never looked back, notching three victories of over 40 points among a fearsome undefeated run heading into finals. After finishing top of Conference A at 5-1, North was very nearly handed another upset loss in the postseason, but narrowly accounted for Collingwood to qualify for the would-have-been preliminary finals round. Skipper Emma Kearney was named vice-captain of the All Australian squad, joined by fellow midfielders Jasmine Garner and Ash Riddell in the side as outstanding individual performers. Kaitlyn Ashmore finished as leading goalkicker with 10 goals, one major ahead of Garner in the most potent side competition-wide.

A handful of draftees were joined by emerging former-Richmond midfielder Grace Campbell in finding their way to Arden Street, adding some spark and plenty of potential to the Roos’ squad depth. 25-year-old Campbell is a raw talent who brings plenty of speed and tenacity to the engine room, making the squeeze for spots all the more tight after five appearances in her debut AFLW season.

Bella Eddey headlined the Roos’ draft haul at pick 13 and is aptly nicknamed ‘Silk’, credit to her wonderful skill on the ball. The 18-year-old will likely start forward alongside fellow NAB League graduate Alice O’Loughlin, but both have the potential to move through midfield in future. Also among the fresh faces are surprise father-daughter selection Amy Smith, VFLW coup Georgia Hammond, and Tasmanian Brooke Brown. North VFLW product Katelyn Cox was also given a chance through unlisted free agency after Elisha King‘s season-ending hamstring injury.

Fans of all clubs will likely be looking forward to seeing what Jess Duffin can produce upon her return in 2021, with the former Magpie ready to add to her seven outings in the blue and white during 2019. An All Australian that season, the 31-year-old is far from finished in the top flight and will slot straight back into the Roos’ defensive setup. Her clean skills will only aid North’s ability to move the ball efficiently via foot, only raising her side’s potential to hurt the opposition going forward. With stars aplenty already littered across the Roos’ starting side, Duffin looks primed to serve a reminder of her own talents.

Kearney, Garner, Riddell, Jenna Bruton – the list goes on. This North Melbourne side is stacked through the midfield and as has already been showcased, the Roos are as lethal as any side going forward. Dominating out of the middle goes a long way to doing exactly that on the scoreboard, which is the most significant factor in North’s premiership potential. Kearney and Garner can find the goals, there’s Emma King rotating forward through the ruck, Kate Gillespie-Jones standing tall, and the dynamic duo of Ashmore and Daisy Bateman inside 50 – all of whom prove that North has the stock to capitalise on its engine room prowess.

It is difficult to find a fault with this North Melbourne side on paper, but one may ponder whether the Roos have missed the boat. 2019 may have been their inaugural season, but the Roos missed finals despite looking like a top two contender. Their run was cut short last year through no fault of their own, so can they maintain that level of performance for a third year running? Other teams like Fremantle and Carlton are only getting better, while Adelaide will be hungry to bounce back from a down season. The Roos have the stock and have only added to that, but the pressure will be on.

One of the competition’s powerhouse teams will surely accept nothing less than another finals win in 2021, with the chance for a maiden AFL Women’s premiership beckoning. The Roos’ stars are aligning and there are very few weaknesses to be exploited across the ground, making Crocker’s side one of the teams to beat once again. A tough early-mid-season fixture will truly test North’s credentials.