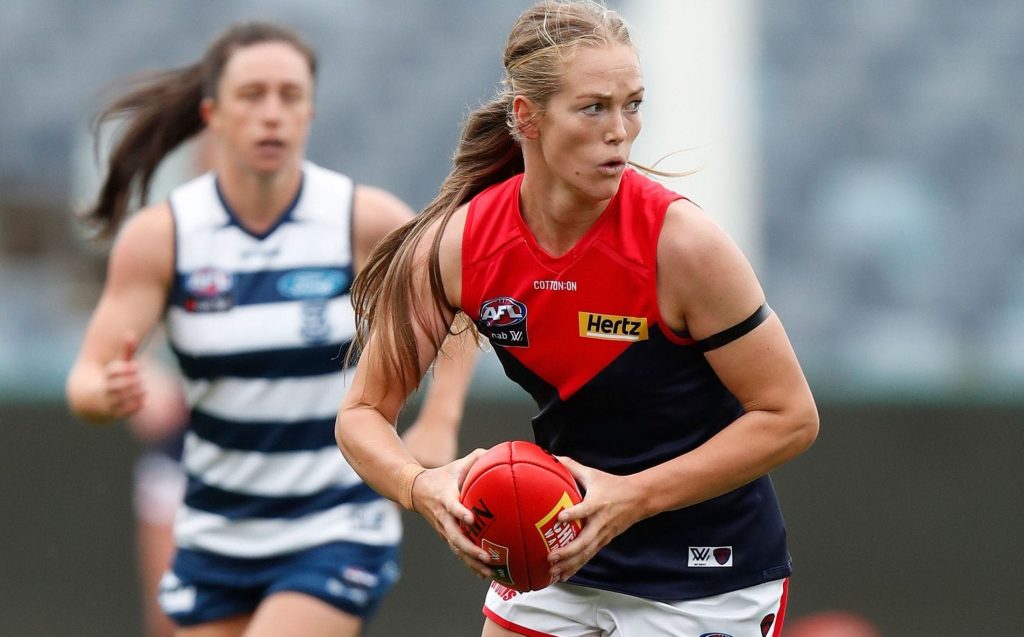 ONE of the most consistent sides in the competition, there is no doubt Melbourne have a great team at their disposal with plenty of gamechangers amongst the playing group and exciting talent in their midst. But a mass exodus and flurry of young newcomers in 2021 could see a highly different campaign this season, with many wondering what is next for the Demons and whether they can take that next step in the competition.

The Dees took a great step forward in season 2020, launching their maiden finals campaign and winning some excellent matches while they were at it, including a three-point come-from-behind cliffhanger over GWS GIANTS in the semi-final, a 59-point blitz against West Coast Eagles and a 20-point victory over fellow finalists, Collingwood. But losses to newcomer St Kilda and star-studded Carlton did the side no favours, while a constant injury cloud seemed to hang over the club with Ainsley Kemp, Shae Sloane and now-Blue Maddy Guerin sidelined with respective season-ending anterior cruciate ligament (ACL) injuries, and both Lily Mithen and Lauren Pearce missing in action throughout the season in patches. Factor in Daisy Pearce’s return from having twins in 2019, and the side exceeded all expectations to finish third in Conference B and on the overall ladder in 2020. Quiet achiever Shelley Scott won the club’s Best and Fairest, while influential trio Karen Paxman, Libby Birch and Goal of the Year winner Kate Hore were all selected for the 2020 AFL Women’s All-Australian team.

Melbourne welcomed a flurry of newcomers for 2021, adding six new faces during the 2020 AFLW Draft, following a huge trade period in which six experienced names departed the club. The Dees rocketed up the draft order though, leaping into top 10 contention – top three in Victoria – and picking up six young guns – Alyssa Bannan, Eliza McNamara, dual athlete Maggie Caris, Megan Fitzsimon, Mietta Kendall and Isabella Simmons – who will help drive the side into the future. The Dees also picked up a third Irish recruit in Lauren Magee to join the likes of Niamh McEvoy and Sinead Goldrick, who joined the club for 2020.

With so many talented players at their disposal, any number of Melbourne’s players could be the key link in season 2021. But with big departures across the field, this could be Tyla Hanks’ year to really take the midfield by storm after playing much of her first few seasons up the ground. The 2018 draftee will now enter her third season after showing plenty of promise across her first few seasons, and with an excellent turn of speed and sticky fingers, Hanks’ work rate and impact around the ground are unquestionable.

While the Dees seem to be one of those sides that continuously sits outside finals contention over the past few seasons, something that could give the side a boost is their consistency. From finishing third in the first two seasons, to sitting fourth overall during the first conference season in 2019 and making finals in 2020 – again finishing overall third if we were to combine the two conference ladders, Melbourne certainly has the ability to remain a clear contender, especially given the talent at their disposal with Mithen, Hore and Eden Zanker all making clear strides last season. But consistency means nothing though if there is no development, so fans will hope for another step forward this season.

Realistically, the main question mark hovering over the Dees in 2021 is how they will fare after losing a heap of experience over the off-season. The loss of goalsneak Aliesha Newman was one thing, but former co-captain Elise O’Dea also departed the club for Carlton – as did Guerin, with both players looking for a fresh start – sees a loss of depth through the midfield and driving forward. Factor in the additional losses of stalwarts Bianca Jakobsson, Harriet Cordner and Kat Smith, and the Dees have quite a few significant holes to fill.

The fact that they have been unable to go that one step further over the past few seasons could be detrimental to the side as it looks to navigate a new season with a flurry of new faces. That being said, the Dees no doubt have the talent at their disposal, but will just need to create some more consistency through a much younger midfield this season. Expect the hunger to well and truly be there after an incomplete season, and a competitive playing group in 2021.