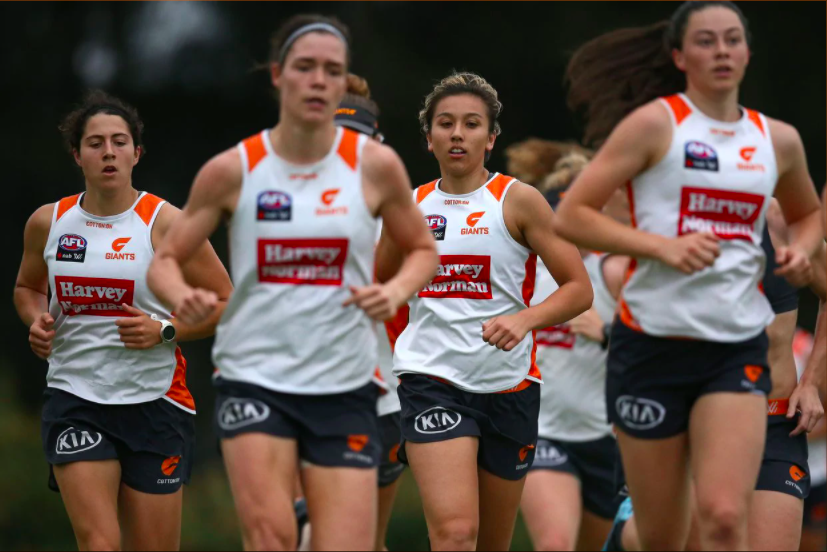 GWS has been one of the competition’s most consistently solid teams since inauguration, without really breaking through and joining the elites. Last year, the Giants took a massive step towards that status with the club’s first ever finals appearance in its winningest campaign to date. In 2021, the foundation side will again look to match it with the best and go one step further with a postseason victory.

Not much was expected of the Giants in 2020, but they broke through for their most successful season yet with four regular season wins and a maiden finals appearance. Unfortunately, their run came to a heartbreaking end at the hands of Melbourne, who beat them by three points in a dramatic come-from-behind effort at GIANTS Stadium.

Earlier in the year, the Giants went win-for-loss in the first five rounds before breaking through for consecutive victories on the eve of finals, placing them second in Conference A at 4-2 overall. A redemptive Round 6 win over Adelaide and one-point opening round thriller against Gold Coast were the highlights, as GWS became a side able to win the games expected of them while remaining just a step off the absolute contenders.

Former Melbourne youngster Katherine Smith was GWS’ sole trade signing, joining the orange and charcoal on a two-year deal and promising to add some versatility to the squad. While predominantly known as a defender, the Victorian is also able to play as an inside midfielder and is in a good age bracket for her new side’s direction. She spent all of 2020 on the sidelines after tearing her anterior cruciate ligament (ACL) but should make a return this season.

With Yvonne Bonner out of action in 2021, the Giants picked up another Irishwoman in Brid Stack, who unfortunately suffered a serious neck injury in the club’s preseason hitout against Adelaide. The Giants took on a trio of players at the draft and one undrafted free agent in 34-year-old former basketballer, Erin Todd. Queanbeyan product Tarni Evans headlined the crop at pick nine, a dynamic forward/midfielder who is one of the most talented teenagers around the nation. She could slot straight into the Giants’ starting line-up in her debut season.

A 2018 All Australian, Erin McKinnon is the Giants’ player to watch this season. She dipped a touch below the lofty standards she had previously set last year, but at just 22-years-old, the 189cm ruck has plenty of scope to come on quickly and dominate for years to come. McKinnon is a monster in the hitouts, averaging over 22 per game across her first three seasons and directing plenty to the advantage of her midfielders. With the potential to move forward and impact more with contested marking, McKinnon could take hold for the Giants this year.

The Giants have long been lauded for their consistency and the stability of their list overall, which proved a large factor in them exceeding expectations in 2020. With Alicia Eva at the helm of an unchanged leadership group, Alyce Parker quickly becoming a top five player in the competition and a solid spine forming, there is no reason why the Giants cannot continue to perform at a high level.

With a finals spot earned last year, the Giants have been assigned a relatively tough fixture and after a series of challenges over the last six to 12 months, starting well will be the priority. However, Fremantle and Melbourne make for two formidable opponents among the opening fortnight of action, and will help answer the question of whether GWS can truly hang with the top sides.

The Giants have a strong core of experienced leaders who should again help them account for the bottom sides, but breaking through to beat those in premiership contention lingers as the next big step for this team. Expect another run to the finals, with the target of a postseason win in both GWS’ sights and the realm of possibility.