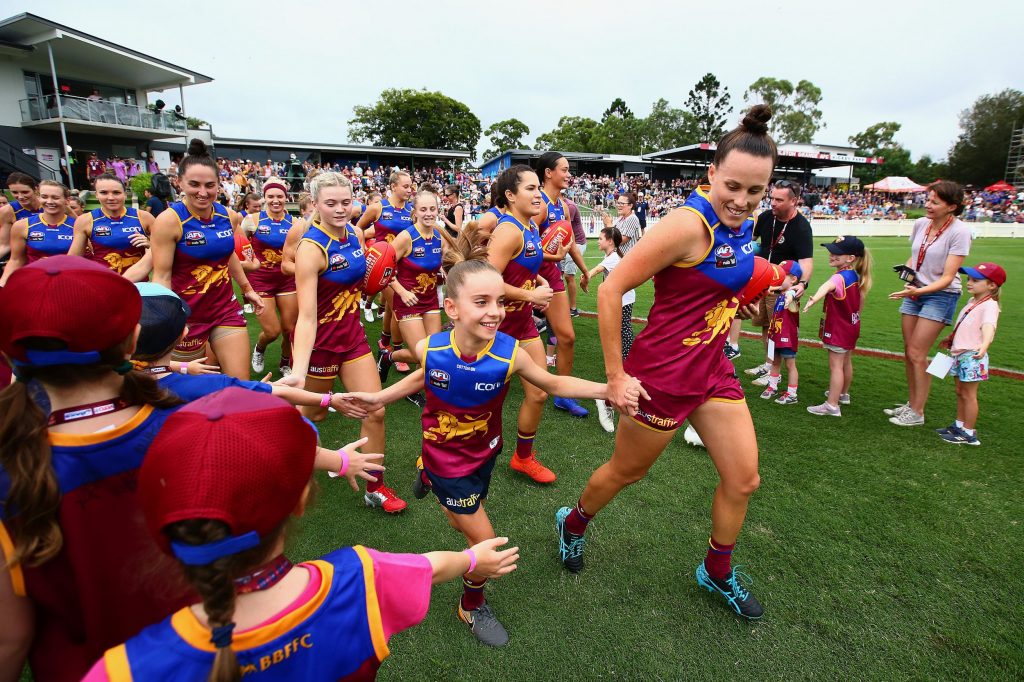 BRISBANE made a surprise finals appearance last season and will again be reaching for the stars under coach Craig Starcevich in 2021. Having continually undergone a wealth of list changes, the Lions’ squad is relatively young but more settled now and has the backing of brilliant leaders who look poised to continue their quest in proving the naysayers wrong.

The Lions were far and away the biggest surprise packet early last season, going undefeated across the first four rounds and setting the base for eventual finals qualification. A drawn Q-Clash in Round 3 was the only blemish on Brisbane’s record in that time, until a top-of-the-table clash with Fremantle sparked a string of three losses. Having gone down to the Dockers and Collingwood to end the regular season, Brisbane put up a fight against Carlton come finals time, but ultimately fell away in a game indicative of its season as a whole.

At the end of it all, the Lions had a third place finish in Conference A to show for their efforts as stalwart defender Kate Lutkins was named her side’s sole All Australian representative. The likes of best and fairest winner Emily Bates and spearhead tall forward Jesse Wardlaw enjoyed breakout seasons, helping form a good springboard for the Lions to leap off heading into 2021.

Another promising draft crop should put the Lions in good stead in terms of squad depth, with a good mix of talents entering the den. Zimmorlei Farquharson headlined Brisbane’s intake at pick eight, putting her behind Gold Coast’s Annise Bradfield as the second Queenslander selected overall.

The speedy half-forward/winger is a threat on the attack; impacting both in the air and at ground level while also applying her pace going both ways. She represented her state at the Under 18 National Championships in 2018 and 2019, impressing as an under-ager and going on to win this year’s QAFLW premiership with the Yeronga Devils. The Lions Academy graduate has great versatility, a trait consistent with the remaining draftees.

Indy Tahau was the next taken at pick 37, another athletic type whose dynamism suits a range of roles. The South Adelaide tall has family ties to the Sunshine State and has already played senior football, promising to bring great competitiveness across all levels for the Lions. Mature-age recruit Ruby Svarc, the sister of 2020 standout Cathy, is another promising inclusion. The former Essendon VFLW dasher plays much like her sibling with terrific run-and-carry, moving the game forward aggressively. At 27-years-old, her readymade status suits the Lions’ upward trend.

Elsewhere, Brisbane’s only trade action saw Taylor Smith recruited from Gold Coast. The developing Suns Academy product is a tall with good athleticism and upside. Courtney Hodder was a rookie selection, while Beth Pinchin finally gets her shot at the top level as a replacement player, as Sharni Webb sits out the 2021 season due to pregnancy.

Listed at number five in Draft Central’s AFLW 10 Under 10 to watch series, Nat Grider is one to keep an eye on this year. The 20-year-old is poised to enter her third season of top flight football and after playing just twice in her maiden campaign, will be full of confidence having cemented her spot across all seven games in 2020.

The versatile 171cm defender went from strength to strength last year and now has some solid experience under her belt, making her a dependable option when shutting down opposition forwards, intercepting or rebounding out of the back half. With the potential to also play through midfield, Grider has some promising upside and came into the competition as a highly touted junior. Should she continue her upward trajectory, she could be a key player in Brisbane’s push for consecutive finals berths.

Most point towards Brisbane’s youth upon first glance at its list, but make no mistake that the famed ‘foundation eight’ will be at the centre of their side’s premiership quest. The crew of inaugural Lions will be shaved down to seven this year with Webb’s absence, but are well represented in the leadership group with skipper Emma Zielke flanked by vice-captain Breanna Koenen, 2020 All Australian Lutkins, Shannon Campbell, and Bates. Fellow foundation members Ally Anderson and Jess Wuetschner are also set to go around once again and have proven their class across multiple seasons. Should these unmistakable leaders continue to bind together and support the Lions’ exciting youth, they could climb to the top of the tree in years to come, if not now.

A lingering theme surrounding Brisbane’s 2020 campaign was its steep fall-off after the halfway mark. The Lions were able to lean on their mix of hardened leaders and youthful exuberance to go undefeated across the first four rounds, but came up short against some stiff opposition thereafter. Capturing greater consistency across the whole season will be key and the growing experience levels of the squad as a whole should put Brisbane in good stead. But having arguably overachieved in 2020, the question remains; will the Lions fall away again in 2021?

Brisbane is beginning to look like a settled squad after bearing the brunt of expansion, with the building blocks of a finals contender now set. Experience will count for a lot as the Lions strive to become more consistent and set the standard for a raft of promising youngsters to work towards. A better-than-expected finish in 2020 will perhaps bring some unwanted expectation, but this is a side capable of fighting and causing upsets against highly fancied teams caught lacking. Finals should again be the goal, but it will be tough.