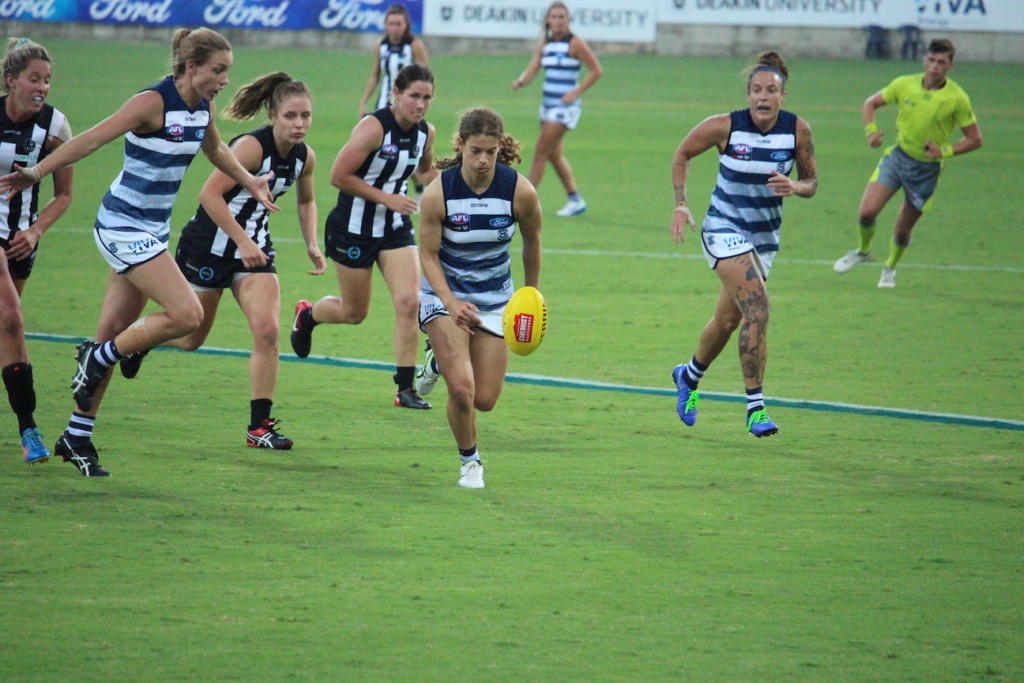 IN a unique series for the lead-up to the 2021 AFL Women’s season, Draft Central will look at 10 players who have played under 10 games to watch this year. Whilst it would be easy to pick those who finished high in last year’s Rising Star, or top picks this year, we have opted to look at players who have been around at least two seasons but have only managed to play nine games or less. We conclude our countdown with our top player, Geelong’s Nina Morrison.

The top two players in our 2021 AFL Women’s 10 under 10 to watch list were clearly the standouts of the eligible talents. Both North Melbourne’s Ash Riddell and Geelong’s Morrison have the potential to be top 10 players in the competition if they live up to their potential. Unfortunately like most players in this list, injury has just impacted them thus far over their short careers, and only had one full healthy season.

For Morrison, the first pick in the 2018 AFL Women’s Draft and inaugural selection at the draft by expansion club Geelong, she had a starring debut against Collingwood in Round 1 of the 2019 season. She picked up a Rising Star nomination thanks to a whopping 22 disposals, eight tackles and kicking the match-winning behind in a clear best on ground effort.

Then it was like a nightmare that no one saw coming. The incredibly talented Morrison was gone for the year, having ruptured her anterior cruciate ligament (ACL) at training during the week without playing another game. It meant the player many had already dubbed as the Rising Star winner and next big thing, would need to wait another 12 months before truly making a sustained impact on the competition.

While her 2020 season was very good – she played all six games – the nightmare reoccured again, with the talented midfielder doing her second ACL in the final match of the season. It was terribly bad luck for such a determined and focused young player, but instead the teenager went to work on recovering again, and just last month, she was back at full speed running as she “eyed an early return” according to coach Paul Hood in the Geelong Advertiser.

Erin Phillips managed to return in 12 months without complication, and whilst Geelong are likely to be overly cautious with the teenager given her age and having done it a second time in 12 months, there is little doubt Morrison will leave anything out there to try and get back.

It might be slightly questionable Morrison being at the top of this list if she cannot get back on the park, but on talent alone, you have to admire what she is capable of, and when she does return – which many hope is sooner rather than later – it will only be good news for everyone involved.