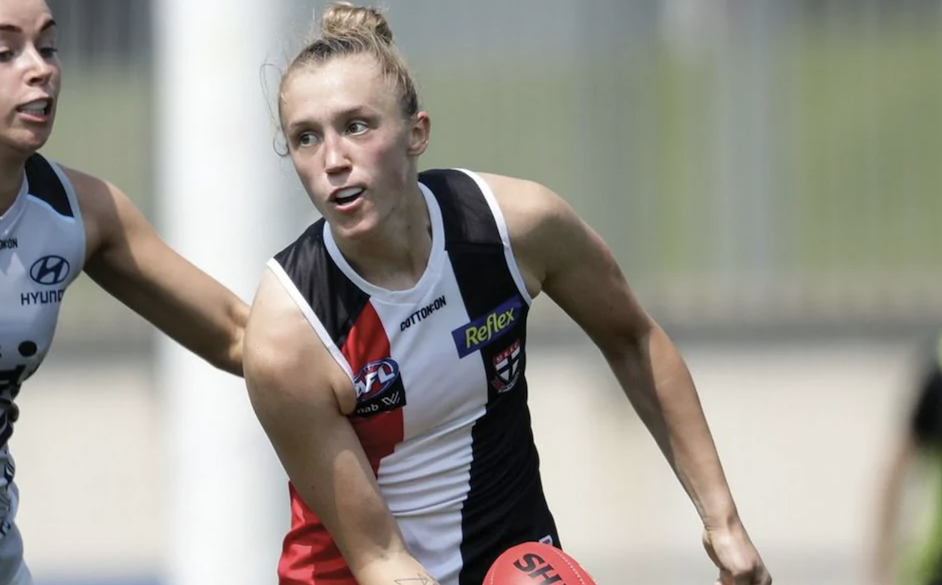 IN a unique series for the lead-up to the 2021 AFL Women’s season, Draft Central will look at 10 players who have played under 10 games to watch this year. Whilst it would be easy to pick those who finished high in last year’s Rising Star, or top picks this year, we have opted to look at players who have been around at least two seasons but have only managed to play nine games or less. We continue the countdown at number three with St Kilda’s Darcy Guttridge.

When thinking about players who have played less than 10 AFL Women’s games, there was a certain double-take when it came to the third ranked player on the list. St Kilda’s Guttridge crossed to the expansion club from Collingwood over the previous off-season, where she played five games in the red, black and white. It was two more than her three matches in the black and white, having had a first year curtailed by injury in 2018.

Having now played three seasons, Guttridge has only managed the eight games, but with a clean run at it, expect the talented utility to add plenty more over time. Having made her debut in Round 5, 2019 and playing the remaining matches for the Magpies before opting to join the Saints, Guttridge played up forward after being a defender for her junior career.

Coming out of Gippsland Power where the Magpies picked her up with selection nine in the 2017 AFL Women’s National Draft, Guttridge has the versatility to play anywhere as she showed with both St Kilda and in the VFL Women’s. What makes Guttridge such a valuable player is her run and dare to take the game on, using the ball well, and having the composure to pick out targets down the field.

A nature leader having captained her club and state sides at junior level, Guttridge is one player that has so much upside and could become one of the top players in the competition. A key cog in St Kilda’s line-up, given the Saints have so much talent up forward, the ex-Power player could slot in off half-back or along a wing and use her precision skills to deliver cleanly inside 50. The fact she got forward and booted two goals for the Saints last season further shows off her versatility.

While she is still adapting to the elite level after injury issues early on in her career, Guttridge is one of those underrated players who could be a huge surprise packet in 2021 with her second consecutive full preseason behind her.