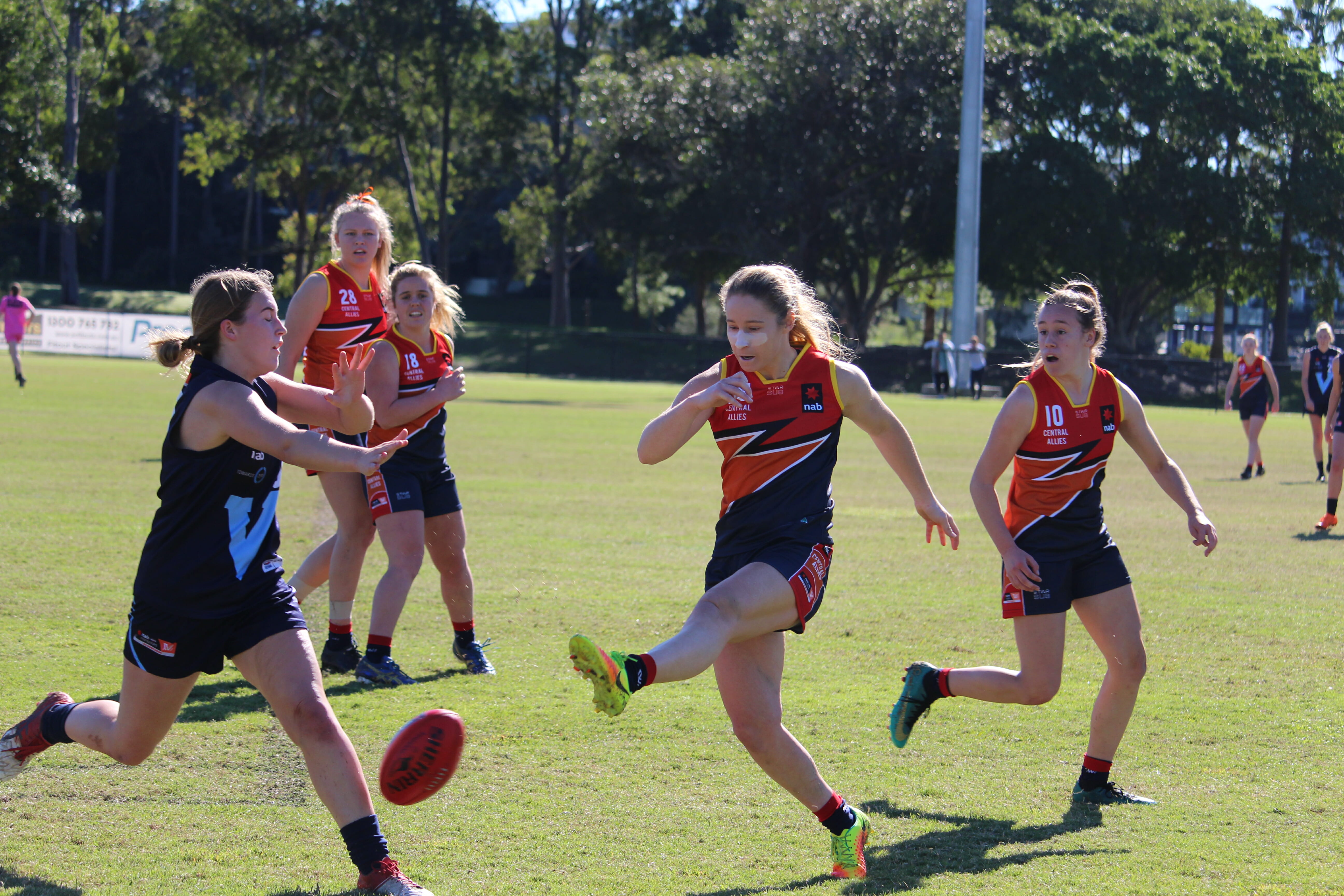 IN a unique series for the lead-up to the 2021 AFL Women’s season, Draft Central will look at 10 players who have played under 10 games to watch this year. Whilst it would be easy to pick those who finished high in last year’s Rising Star, or top picks this year, we have opted to look at players who have been around at least two seasons but have only managed to play nine games or less. We continue the countdown at number seven with Adelaide’s Nikki Gore.

Being a one-club state and the most successful club in the AFL Women’s history, there are plenty of Adelaide talents yet to really stamp their authority at the elite level. The club is brimming with depth, more so than just about any other club, and it is especially difficult to crack into the midfield of the Crows, with so much experience rolling through there. For recently turned 20-year-old Gore, the 164cm midfielder is one who could really make the transition from prospective talent into star quality.

The eighth selection in the 2018 AFL Women’s National Draft made her debut in Round 6 of the 2019 season, and has managed seven games in her two seasons, booting two goals. Having emerged through the South Australian pathway – playing in a premiership with Christies Beach and then back-to-back flags at South Adelaide – the ball magnet is no stranger to success. It has been Adelaide’s success that has kept the talent biding her time in the South Australian National Football League (SANFL) Women’s competition.

Gore is a huge tackler which matches her offensive attributes, not afraid to throw herself at the contest and win the hardball, as well as spread to the outside and use her unbelievable pace to burst away from congestion. Having only played the one game in the Crows’ second premiership season of 2019, Gore started to establish herself in the AFL Women’s side more often, earning six games in 2020, where she averaged the 6.5 disposals.

Her preferred role is on the inside, but when the likes of Anne Hatchard and Ebony Marinoff are there, it makes it difficult to have permanent minutes onball. However with Erin Phillips returning to have a proper full season, the likes of Gore playing through the midfield allows the talented Phillips – and players such as Eloise Jones who can play midfield – to play forward and use their strength overhead to dominate opposition defenders.

Whilst South Adelaide fell short of the flag in 2020, Gore was a key contributor to the side, particularly once the competition resumed later in the season, and the midfielder never took a backwards step. With the youth at the Crows continually growing – now including South Adelaide teammates such as Hannah Munyard and Teah Charlton – Adelaide is a huge chance to win its third flag, and the likes of Gore stepping up will only help achieve that goal.