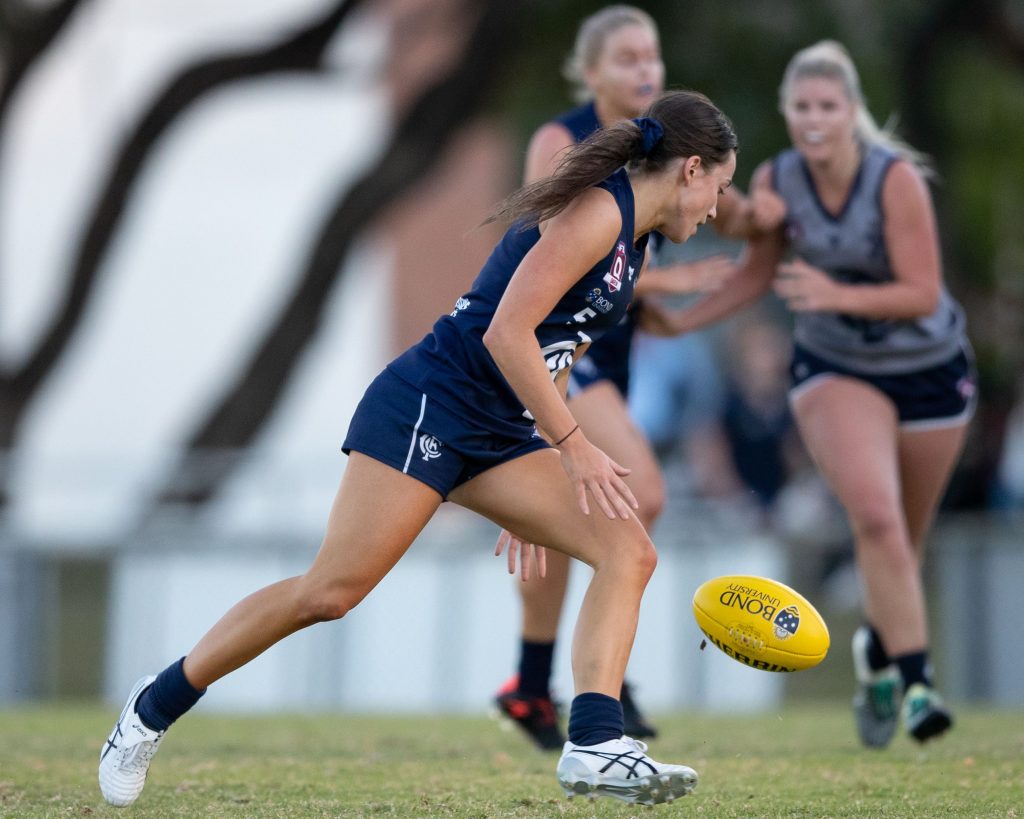 IN a unique series for the lead-up to the 2021 AFL Women’s season, Draft Central will look at 10 players who have played under 10 games to watch this year. Whilst it would be easy to pick those who finished high in last year’s Rising Star, or top picks this year, we have opted to look at players who have been around at least two seasons but have only managed to play nine games or less. We begin the countdown at number 10 with Brisbane Lions’ Jade Ellenger.

Brisbane is going through a rebuilding phase after making two grand finals in its formulative years, and the Lions are making great strides. Ellenger is one of a number of talented prospects who are competing for a spot in the Lions’ outfit. Having played both her games in 2019 and not able to add to that tally in 2020, the reason the versatile utility makes this list is her form from last year’s Queensland Australian Football League (QAFL) Women’s competition.

Running out for Coorparoo, Ellenger was a star, finishing two votes off the winners – a three-way tie with Lions’ teammates Jordan Zanchetta, Taylor Smith and Isabel Dawes – with nine for the season. Despite only playing the two games, the 164cm defender who can also push up the ground and rebound well, and based off her state league form, is every chance to make 2021 her year.

Ellenger does the defensive things well, and is a reliable tackler and one who can fill a role wherever her side needs her. Kicking two goals in her debut against Carlton, Ellenger showed she can drift forward and hit the scoreboard, and will take an opportunity with both hands. Having now made Team of the Year for the QAFL Women’s two years running – including in the Kings’ 2019 premiership season, Ellenger is a class above at state league level and every shot to put together a strong season.

The Lions’ core is strong and hard to crack into, but Ellenger has the talent – as evidenced at junior level for Queensland – to force her way into the side with great form. While she has yet to show her wares consistently at the top level, the Brisbane side is brimming with young talent poised to transition from good young talent into established senior talent, and Ellenger – based on her consistent state league form – is definitely in that bracket.