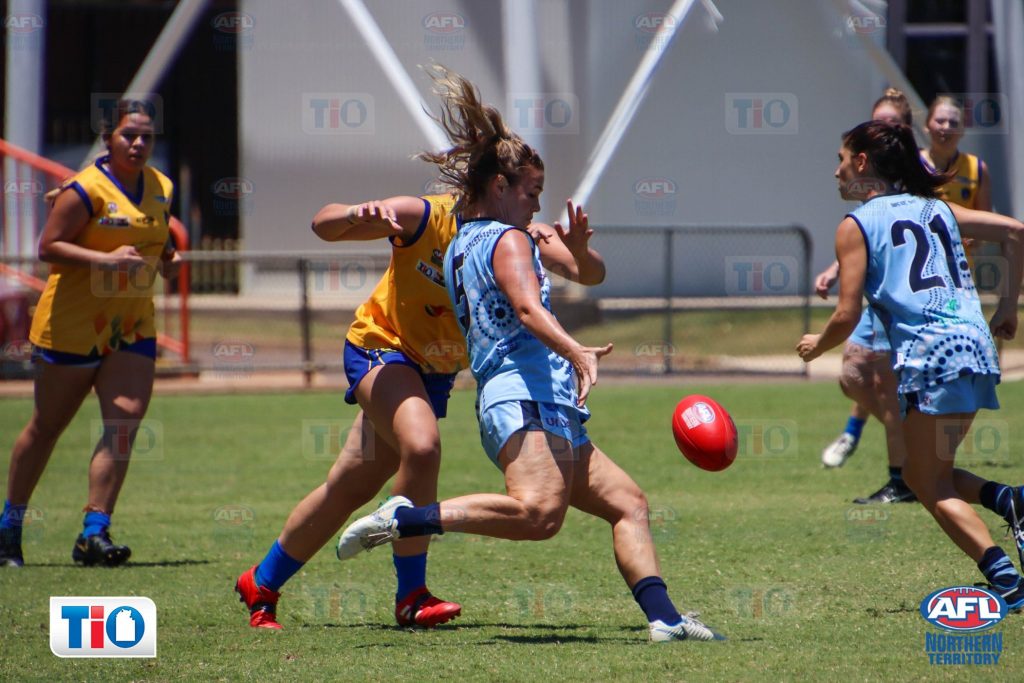 It is been a solid start to the season for the Darwin Buffettes collecting eight wins out of their twelve outings, putting them in good stead for the remainder of the season. In their past five encounters the Buffettes have registered three straight wins while also entering the summer break off a bye meaning they will be raring to go once the season recommences.  They have shown on more than one occasion that they have the firepower to mix it with the best and will be eager to continue that form against Tracy Village in their first game back next year.

Zoe Anderson has been a steady stream of goals for the Buffettes throughout the season so far managing 16 majors from nine outings while Michaela Roberts is not too far off the pace with 11 of her own. Delsey Ah Wang has also been a solid contributor for Darwin slotting eight goals while Johanna Dodsworth has chimed in at times with eight goals. In terms of best performers Jemma Iacono has been a consistent figure as has Dominique Carbone and Katelyn Hazlett with the latter two both registering an appearance in the bests four times. Another player to keep an eye out for is Kiera Kurnoth who has proven to be a livewire when she gets going.

It has been a relatively up and down season for Nightcliff who have definitely enjoyed some peaks but so too some troughs boasting a six-four win loss ratio. However they have been steadily building, registering two wins in their past five games while also experiencing a bye and notching up a draw against the higher placed Southern Districts showcasing their ability to take it up to sides. They will have their work cut out for them when Round 13 comes around, however taking on top of the table Pint who will be raring to go after a solid break.

When looking at potency inside 50 it is hard to go past current Nightcliff leading goalscorer Jacqueline Anyon-Smith who has made a name for herself with her innate goal sense. She has recorded 16 majors for the year while Mickayla Ward has also been a handy option in front of the big sticks with 13 goals of her own. Although she has only played six games this season Emma-Lou Wolsey is a real x-factor able to navigate the goals and currently boasting 12 majors while Rose Russell has steadily added to her total with 10 for the season. Eliza Morrison is a regular fixture in the bests credit to her star power across the ground as is Emily Casey and Lauren Gooden showcasing the amount of depth the squad has.

Sitting towards the bottom of the ladder the seventh placed Palmerston Magpies have experienced their fair share of losses throughout the 2020/21 season already and will be eager to rectify a few areas over the break. It has been a difficult past five games for the Magpies with the side currently on a four game losing streak but in saying that have faced three of the top four teams. Unfortunately the job will not get any easier when it returns in January faced with the 2nd place St Mary’s who are being in scintillating form.

Under trying circumstances Crystal Browne has been the go-to-girl in front of the big sticks for Palmerston leading all-comers with 10 goals while Arthurina Moreen was handy in her three outings but has not played since mid-November. The likes of Natasha Medbury and Tabitha May are also solid contributors for the Magpies with the two able to find the goals with May also frequently recognised in the bests for her consistent efforts. Iesha Ronberg is another consistent performer able to ply her trade, named in the bests nine times alongside May while Billie Byers is more than capable of popping up and playing her role.