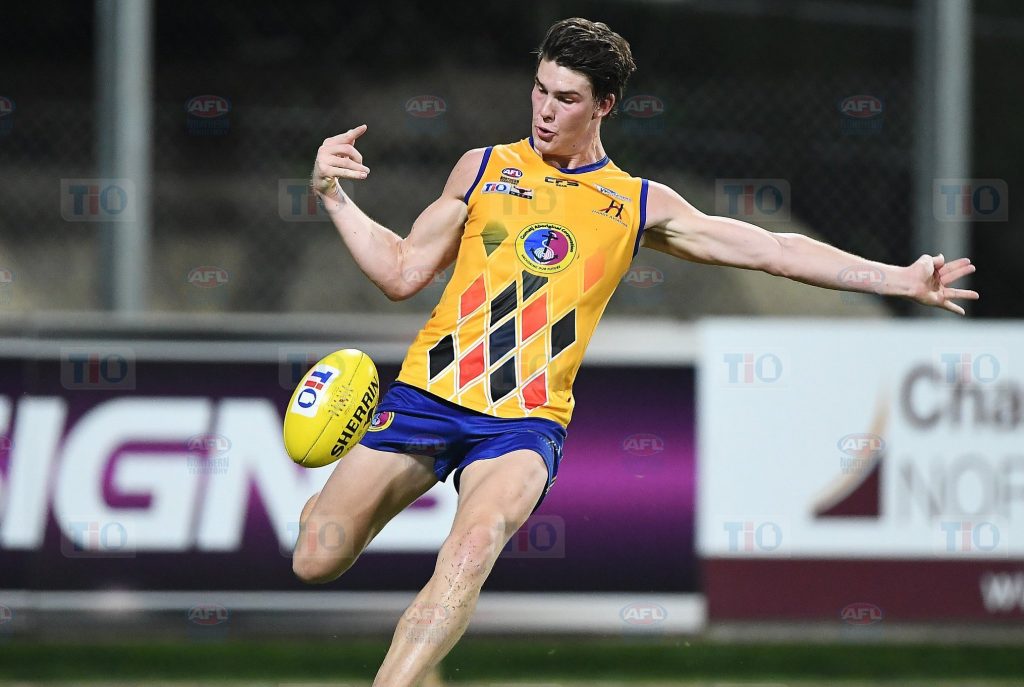 THE FINAL round of Northern Territory Football League (NTFL) Men’s Premier League action for 2020 is set to play out this weekend, before the eight sides enjoy a well earned mid-season break. A clash between Wanderers and St Mary’s looms as the pick of the bunch, with both sides boasting eight wins and looking to stake their claim as Nightcliff’s greatest threat. Meanwhile, the remaining top five teams are set to take on those currently below them in an opportunity for each to strengthen their positions before the upcoming interval. That, and more in our Round 12 preview.

Darwin will be looking to get its finals push back on track when it takes on Tiwi at TIO Stadium on Saturday, marking the teams’ first meeting since Round 1. The Buffs have lost four of their last five games but put enough early runs on the board to remain among the finals places as it stands. Conversely, Tiwi remains winless after 11 games and despite a couple of recent close calls, were trumped by over 50 points once again last week.

The potential absence of star recruits Mason De Wit and Fletcher Carroll spells trouble for the Bombers, who will have plenty to cover in defence and through midfield. Dion Munkara and Brayden Rioli have been named among the squad, so could provide the flexibility Tiwi is after as magnets furiously shuffle. Darwin is set to regain some experience in Matt Campbell, while Joey Collinson adds some further firepower for the Double Blues. Young guns Antonio James and Cade Abala are among those pushing for a call-up.

Two teams which returned to winning ways last week meet on Saturday evening, as Nightcliff plays host to Southern Districts at TIO Stadium. The Tigers have gone 2-1-1 in their last four outings, with that one loss coming at the hands of their weekend adversaries. The Crocs lost consecutive games after the breakthrough win, but convincingly returned to winning form last week against Palmerston and will look to again put pressure on the top five. Not many teams beat Nightcliff twice in a season though, so the Crocs are up against it.

The back-to-back reigning premiers have had most of their stars settle into the lineup, with their raft of depth options rotating through. Daniel Bowles is a big name in line for an immediate return, while Zach Brain has been named at half-back and Luca Goonan again finds himself teased with top flight selection, named on an extended bench. Will Farrer is in the mix for Southern Districts, while the likes of Brandon Rusca and Ed Barlow will be keen to hit the ground running after missing last week’s big win.

The game of the round poises Wanderers and St Mary’s against each other, two sides with eight wins under their belts and vying for a top two spot. The Muk Muks came up trumps in their previous meeting with St Mary’s, winning by 26 points back in Round 2. Things look a touch different this time around, with the Saints riding a five-game winning run while Wanderers have gone 1-1-1 in its last three outings, bouncing back last time out against Tiwi. Only half a game separates these two teams, with Nightcliff still the team to beat atop the table.

St Mary’s is set to be buoyed by a huge state league coup in star South Fremantle midfielder Haiden Schloithe. He only adds to the Saints’ fearsome engine room, which looks likely to combat Wanderers’ run with a combative ground level game. Leader Raphael Clarke is also in line to return to the top flight, with the Saints side settling nicely. Liam Patrick has been named for Wanderers, while Shaun Mannagh looms as a massive inclusion. Brett Eddy leaves a big hole in Wanderers’ front six, but the likes of Simon Bates and Round 11 Rising Star Jesse Motlop should handily pick up the slack.

Waratah will be looking to solidify its standing within the top five when it travels to face Palmerston at Cazalys Arena on Sunday night. The Warriors had previously flown under the radar as a premiership threat, but notched wins over some of the top sides to gain a positive record thus far. Palmerston has beaten Tiwi twice but remains embedded in the bottom three, with the previous meeting between these sides ending in a 69-point drubbing in favour of Waratah.

Some more positive news for Palmerston comes via its team sheet, with bookends Sandy Brock and Daniel Stafford set to take the field. Brock should free up Tyrrell Lui down back, while Stafford will likely take a scoring load off Nigel Lockyer Jnr. Aaron and Alwyn Davey have been named on the extended bench. Waratah’s Jake Wild looks set for a Premier League debut, while Abe Ankers looms as a big inclusion to run through midfield alongside recent recruit, Darcy Lang.