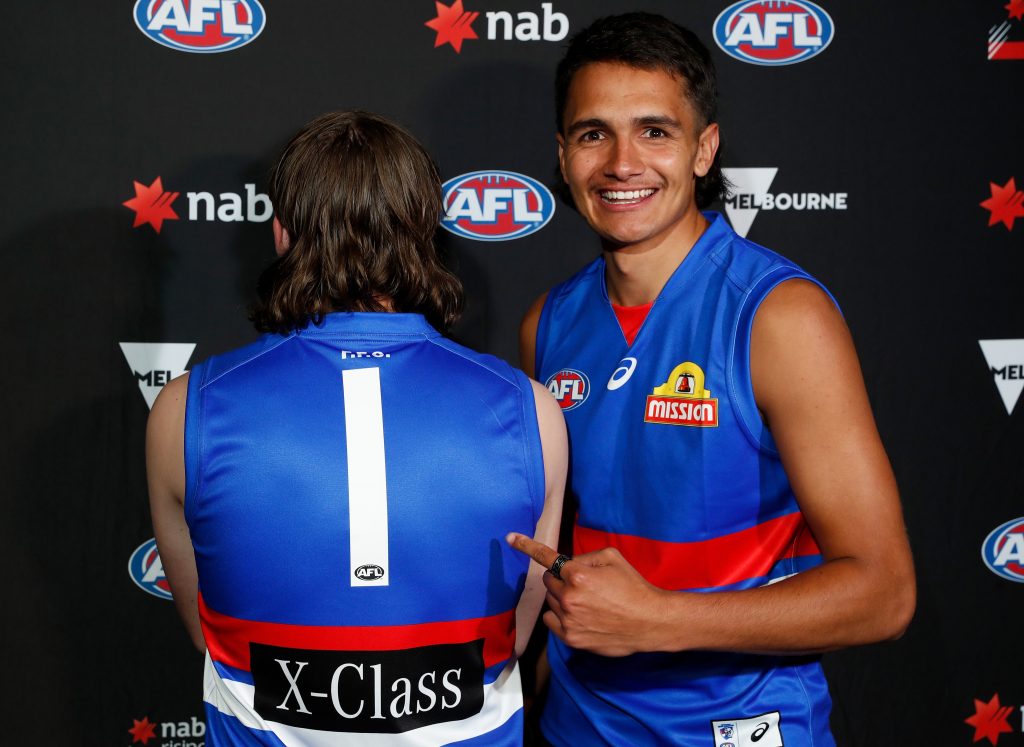 WITH the consensus best player available in this year’s draft tied to their Next Generation Academy (NGA), the Western Bulldogs did a heap of early work to ensure their man would arrive at the kennel, along with at least one more National Draft selection. The momentum of a bumper trade period carried on into the next intake opportunity and is set to put the Dogs in good stead for another finals push in 2021. Boasting a spine which is filling out nicely and a ridiculously deep midfield, Luke Beveridge‘s side looks primed to ascend in the coming seasons.

The Bulldogs were well prepared to match a bid for NGA gun Jamarra Ugle-Hagan anywhere within the top three, and did so without second thought when Adelaide put them on the board with the very first pick. Their remaining selections were effectively wiped, leaving only a late third rounder to look forward to thereafter.

Ugle-Hagan promises to form a formidable forward combination with Aaron Naughton, adding even more aerial firepower and match-winning ability. The Oakleigh Chargers graduate is quick off the mark and has a sizeable vertical leap, making him near-impossible to stop on the lead. Despite the lack of a top-age season, he has long been pegged as this year’s first choice and could quickly become one of the competition’s elites. He should be in the frame for an early debut.

With just one more point of call in the National Draft, the Bulldogs added another raw and athletic talent in Dominic Bedendo at Pick 55. The lean Murray Bushrangers product has outstanding athleticism across the board and good versatility in the the sense that he can play either up forward or as a wingman. His ceiling is quite high, but there is plenty of development left to make and strength to be added to his 187cm frame.

The only other fresh face to arrive at Whitten Oval was 19-year-old Lachlan McNeil, taken in the Rookie Draft. After being overlooked last year, the Woodville-West Torrens midfielder remained in the conversation with a quality SANFL League campaign for the eventual premiers. His inside-outside balance and running capacity would have appealed to the Bulldogs, who admittedly now have an embarrassment of riches in the engine room.