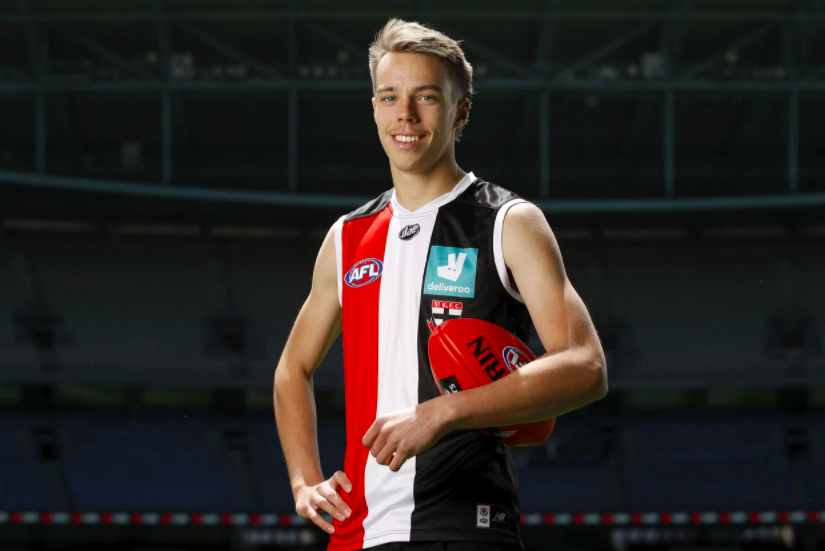 ST KILDA is a side looking to crack the top four and after climbing all the way to sixth at the end of this year’s home-and-away fixtures, the Saints are truly ascending. Having recently targeted established, mature-age talent to accelerate their development, St Kilda has hardly been the most active club come draft time over the last few years. That theme continued in 2020, but handy key position depth at either end sees the Saints’ squad filling out quite nicely in anticipation of a top four tilt.

Tom Highmore was the only other new Saint selected across both the National and Rookie drafts, making for a shrewd choice at Pick 45. The 22-year-old defender was overlooked as a GWS Academy product in his draft year, but has since put plenty of runs on the board in the senior NEAFL and SANFL competitions. His move to South Adelaide this year proved fruitful, as the 192cm interceptor quickly established himself as a premier player in the league. He is a strong marker who proves just as capable with ball in hand and promises to add great long-term depth to St Kilda’s backline. He should push for selection in 2021 and is a pick which suits St Kilda’s upward trend.