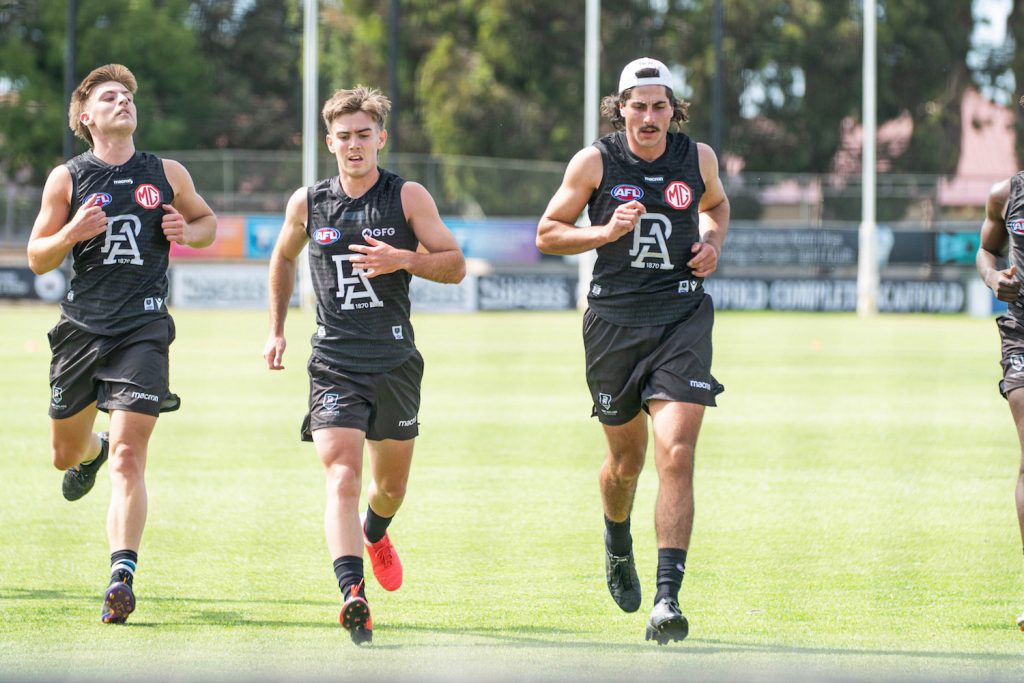 HAVING obtained some of the competition’s most exciting young talent at the most recent few drafts, Port Adelaide had far less flex to get creative in 2020. This year’s minor premiers went in knowing that their star Next Generation Academy (NGA) product would attract a first round bid, and only had one more pick to make after matching in that exact range. A long-term selection rounded out the Power’s National Draft intake before a couple of familiar names, both young and experienced, entered the ranks as rookies the very next day.

Port staff would have breathed a sigh of relief when Essendon opted not to place a bid on NGA product Lachlan Jones within the top 10, with Adelaide and GWS other suitors immediately after. Collingwood ended up being the club to pull the trigger at Pick 16, making the decision to match an easy one for Port Adelaide. The brutish defender is a readymade prospect at 186cm/89kg and is fresh off a terrific season with SANFL premier, Woodville-West Torrens. He blends attack on the ball and rebound penetration with a strong defensive acumen, making him a versatile type who looks like slotting straight into the Power’s back six.

Pick 49 was Port’s next point of call and Ollie Lord was the name called out. The Sandringham Dragons graduate is a key forward who continues to grow, with Power recruiters are high on his athleticism and competitiveness. Port’s current key forward stocks mean Lord will be allowed some time to develop and hone his craft after little exposure at NAB League level, though his APS performances for Geelong Grammar last year pointed towards plenty of promise. He is also the grandson of 1962 Brownlow Medallist, Alistair Lord.

Looking at the rookie intake, and Port pulled a surprise by announcing they were set to add formerly retired Collingwood defender, Tyson Goldsack to their list. The addition of father-son prospect, Taj Schofield was far less surprising after the Power committed to him beforehand, with his availability outside of the National Draft a nice bonus. He brings a neat set of skills on the outside and plenty of versatility to play as a half-forward or half-back given his typically clean disposal between the arcs. He is another who will be given time to develop, with durability a slight concern across his junior career.