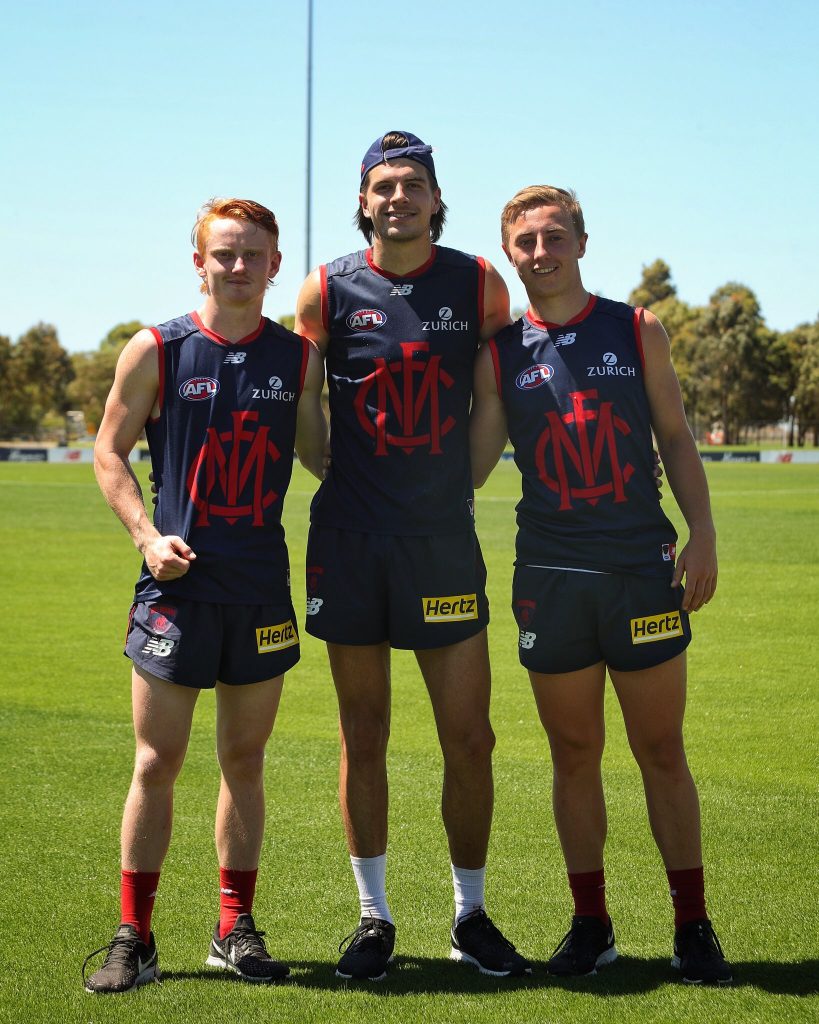 MELBOURNE’S rollercoaster 2020 season ended in a ninth place finish and the lingering feeling of disappointment, but a sense of assuredness was somewhat restored as the Demons managed to gain two first round picks in this year’s draft. The move to trade back up the order and bring in a trio of top 35 talents marked a job well done, as a couple of classy smalls were joined by a developable tall prospect in what was an all-local draft haul. With a couple of spots potentially remaining open on the outside and in Melbourne’s front half, these players may well get a senior chance in their debut seasons.

Consecutive first round picks opened the show for Melbourne, who looked to have had running machine, Max Holmes snatched from under their noses by Geelong immediately beforehand. Nonetheless, his former Sandringham Dragons teammate Jake Bowey marked a great first selection followed by a slight slider in Bailey Laurie, who was linked to GWS’ picks in the teens.

Bowey is a tough 175cm prospect with clean skills and great speed and agility. He can play a number of roles but made the wing his own as a bottom-ager and also has the potential to develop as a small forward. Laurie is similarly brilliant skill-wise, particularly by foot, known to carve up the opposition with his baulks and forward carry. The 179cm Oakleigh Chargers graduate achieved premiership success with the side in 2019 and along with Bowey, should have fans quickly warm to him.

The selection of Fraser Rosman, another Sandringham product, proved Melbourne’s final point of call at the draft and was a more prospective pick than the previous two. At 194cm, Rosman is an athletic marvel with great speed, endurance, and vertical ability which translates to his versatility. His size suggests he can own the forward 50 arc in future, but Rosman is also capable of rolling further afield. He has had little exposure with only two NAB League appearances last year, with his draft bolt coming on the back of promising preseason performances.

Melbourne was one of the rare sides not to make any rookie selections, meaning its three-pronged National Draft haul were the only fresh faces taken in after trade period. With Bowey and Laurie, the Demons have added some much-needed class going forward in support of 2019 draftee Kysaiah Pickett, while Rosman could become a fearsome key forward in the long-term, but has great flexibility otherwise.