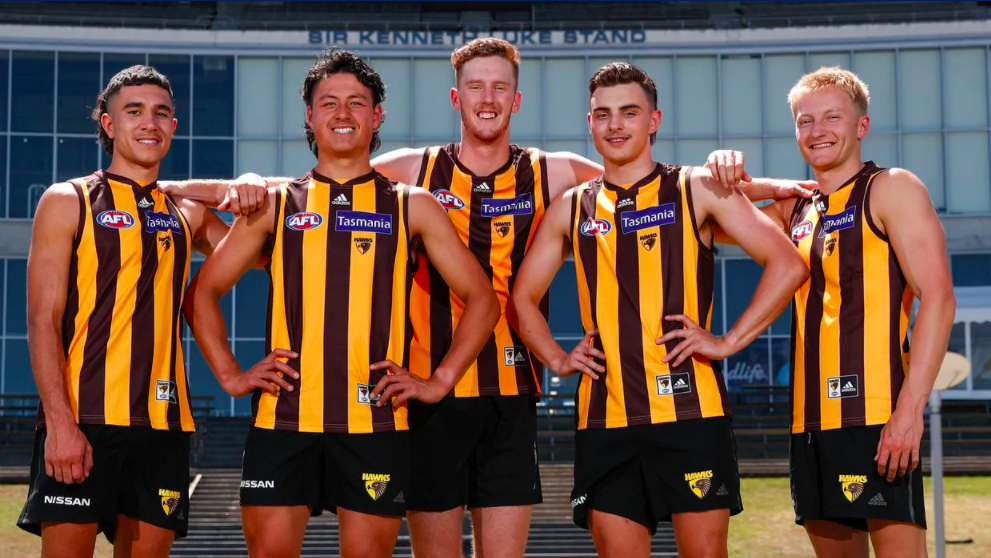 WITH the disappointment of a 15th place finish comes great hope via the draft and in 2020, Hawthorn came into the event holding its earliest pick since 2005. The Hawks have a history of making good on their high-end selections and filled an immediate list chasm with their first choice on the night, while also gaining some exciting long-term prospects and taking little time to match a bid on their own homegrown talent. A haul of four in the National Draft was capped by one more rookie selection the very next day, making for a handful of fresh faces set to inject even more enthusiasm to the Hawks’ developing list.

Hawthorn’s first pick hinged on much of the action amongst the top five, with the Hawks reaching a happy medium in terms of picking for list needs and the best available talent. After a failed bid on Swans Academy member Braeden Campbell, West Australian Denver Grainger-Barras was the Hawks’ man; the best defender in the draft and an athletic one at that.

At 195cm, he is a terrific intercept marker and has great versatility in the sense that he can lock down opponents or play as a loose man across the back half. The Swan Districts product could well slot straight into James Sicily‘s role from the get-go, while also freeing him up to swing forward or be let off the chain once he recovers from his long-term knee injury.

The Hawks then looked towards bolstering their small stocks with the selections of Seamus Mitchell (Pick 29) and Tyler Brockman (46). While some small forwards are picked for their defensive acts, these two will likely prove selections made on speed and upside. Both are wonderfully quick and have serious x-factor, able to ply their trade as high half-forwards or even closer to goal.

Neither are quite the finished product, but promise to put together handy highlight reels if given a chance at senior level early on. Hawthorn’s recruiting staff were obviously quite high on their talents having jumped on them a touch early, but the pair could prove well worth the price in quick time.

In between those picks came a bid on Next Generation Academy (NGA) product Connor Downie, a driven and professional character who was set to captain the Eastern Ranges this year. The outside midfielder/defender loves to take the game on and boasts a penetrating left-foot kick, allowing him to gain meterage at a good rate.

Having put four years of work into Downie through their NGA program, the Hawks were prepared to match a bid in the 25-range, so snaring him 10 picks later than that was a bonus. Another outside runner in Jack Saunders rounded out the draft as a rookie pick, adding line-breaking and ball-winning ability to the Hawks’ midfield stocks. The 180cm talent played a key part in Norwood’s Under 18 and Reserves sides this season.