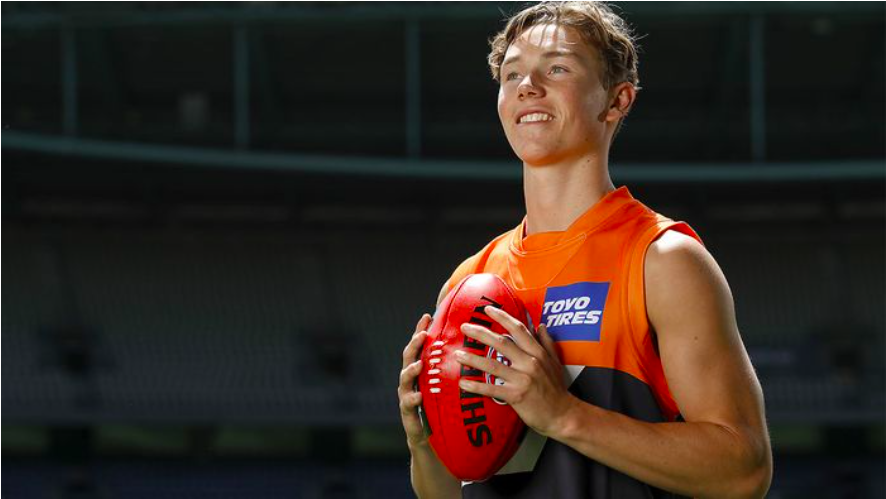 HAVING lost some key personnel at the trade table this year, Greater Western Sydney (GWS) held a strong hand coming into this year’s draft with four first rounders and five picks within the top 30. While their final haul changed via live trading, the Giants came away with five terrific talents at the National Draft and added another fresh face among their three-pronged rookie intake. After a disappointing 10th place finish in 2020, GWS will hope to hit back with force next year and should be well stocked for sustained success with more draft hauls like this one, adding to an already stacked list.

A hat-trick of picks within the top 20 meant GWS had some trading flex, but the strategy was to reassess after those initial selections should a trade agreement not be reached. The latter ended up being the case, with top 10 slider Tanner Bruhn the Giants’ first selection at 12. Potentially the best pure midfielder in the draft behind Will Phillips, the 183cm Geelong Falcons graduate is relentless on the inside and driven to improve. While he adds to the raft of GWS midfield options, the Giants rate his versatility and can see him impacting with his mix of class and intent either down back or up forward.

The Giants then moved to bolster their outside running stocks with picks 15 and 18, making somewhat prospective selections in Conor Stone and Ryan Angwin respectively. Stone doubles as a medium forward but has the aerobic capacity to play further afield, as proven during his time with APS side St Kevin’s. He booted five goals on his NAB League debut for Oakleigh before contributing to its premiership triumph. Angwin has already drawn comparisons to fellow Foster native Xavier Duursma, with his slender frame juxtaposed by fearless attack on the ball. He is another strong runner who looks set to develop in outside roles, but has the potential to fill out and impact either up forward or on the inside.

A trade with Collingwood saw GWS bolster its 2021 hand with another first-rounder, but it came at a cost with the Giants’ remaining top 30 picks going the other way. That left picks 58 and 59 to manufacture something with and a pair of defenders rounded out a solid haul. Cameron Fleeton was called out first, a versatile type who can play tall, small, offensive, or defensive roles down back and was set to co-captain the Geelong Falcons this season. Jacob Wehr is a mature-ager who starred in Woodville-West Torrens’ premiership success in 2020, showcasing enormous class and poise off half-back. His decision making by foot is a real asset which appealed to many clubs.

Sam Reid and Zach Sproule were given rookie lifelines as re-listed players, with NSW/ACT zone selection Will Shaw a surprise Category B listing by the Giants. The classy outside runner was part of the GWS Academy before running out for the Murray Bushrangers and Bendigo Pioneers, but was overlooked in his top-age year. Having swept over vision of him, the Giants were keen to get Shaw on board as a long-term depth option.