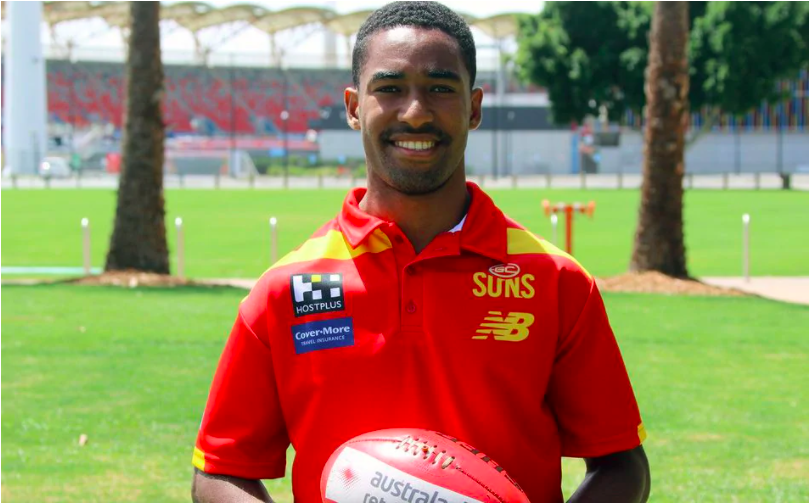 THE 2020 AFL National and Rookie Drafts have been run and done, with plenty of fresh faces entering the elite system despite limited exposure, opportunities, and football this year. Often times, the best gems and values picks are found in the Rookie Draft and this year is no different, with a bunch of selections not read out during the official event seeing hot prospects get their chance. We take you through some of the names who have snuck onto lists via pre-listing or Category B eligibility, perhaps flying under the radar having been confirmed away from the glamour of draft night.

Gold Coast is arguably the team with most relevance to this kind of category, with a total of five pre-listings made as part of the Suns’ draft concessions. Top 25 talents Alex Davies and Joel Jeffrey made their way onto the primary list, with the former an academy product and the latter aligned through Gold Coast’s access to the Darwin zone. Davies is a tall inside midfielder who thrives at the contest with great poise and clean extraction, while Jeffrey is an athletic swingman who stands out aerially and has great upside.

Rhys Nicholls and Aiden Fyfe are other academy graduates who were called out during the Rookie Draft, both promising to add some outside run and class to the Suns’ squad. Their listings were somewhat of a formality, but also show the growth of Gold Coast’s talent program. International scholarship holder Hewago Paul Oea earned a Category B slot after being overlooked last year, potentially bringing great speed and excitement to the forward half. ‘Ace’, as he is affectionately known, hails from Papua New Guinea and represented the Allies during last year’s Under 18 championships.

Another Queensland academy product in Carter Michael also earned rookie selection, pre-listed by Brisbane having been an integral part of the Lions’ pathway setup. The versatile midfielder’s selection slipped under the radar and was only announced after the fact, but he has long been linked with a spot on the Lions’ list. He is a Category A rookie, while Irish convert Deividas Uosis has been listed as a Category B prospect. The Lithuanian-born athlete was announced as a Lions coup early in 2020, but will only officially join their list come 2021.

Will Shaw was somewhat of a surprise get by GWS, with Marc Sheather Sydney’s only other academy selection after matching bids for Braeden Campbell and Errol Gulden. Shaw is a former Giants Academy member who played for both Murray and Bendigo in the NAB League but was overlooked as a top-ager before getting his chance with the Giants, who value his outside run and class. He was eligible for selection as he falls in the Giants’ NSW zone. Sheather is a versatile option for the Swans who can play above his size up forward, down back, or even through midfield. He has athletic traits which appeal and a readymade kind of build. Both are said to have been put into Category B slots.

Adelaide wasted little time in announcing the Category B listings of Next Generation Academy (NGA) members James Borlase and Tariek Newchurch, who managed to slip through past the National Draft. Both are fast-developing talents, with Borlase a strongly-built defender who is the son of 246-game Port Adelaide champion Darryl, while Newchurch is a zippy small forward with x-factor and a wonderful eye for goal. They are far from the finished product, but could play a part in the Crows’ rebuild having capped off a massive overall draft haul.

Elsewhere, a couple of monster basketball converts also earned Category B selection, with Paul Tsapatolis landing at Geelong and Mate Colina snapped up by Richmond. Melbourne NGA prospect Deakyn Smith carries some interest after missing out on this intake, but will train with the club in hopes of nabbing a spot in future. Port Adelaide father-son Taj Schofield was one who did find a home in the Rookie Draft after the Power committed to him, adding great value at essentially no cost.