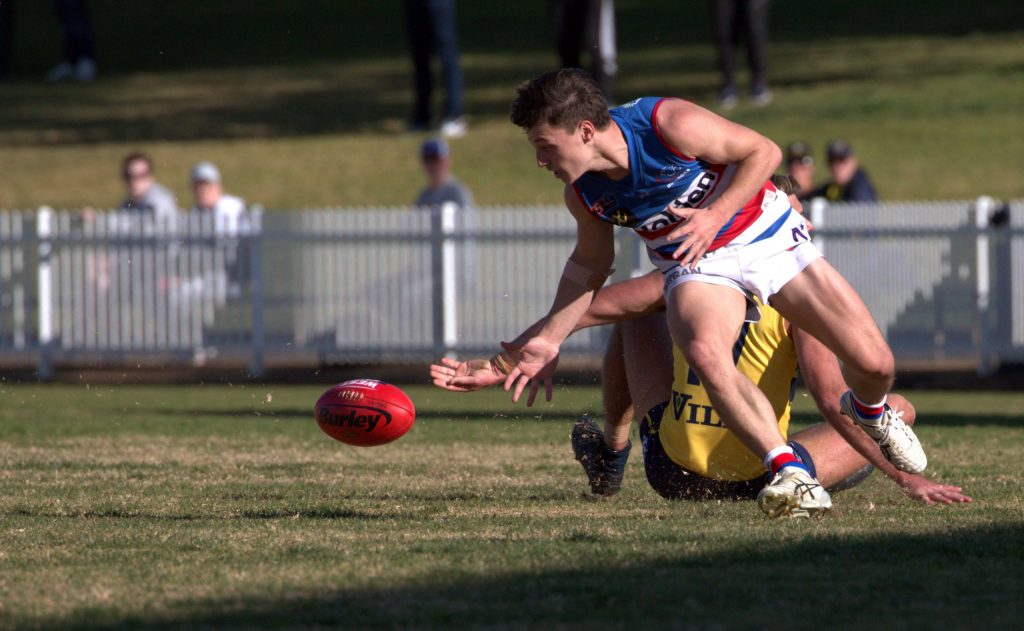 CARLTON is a side pushing hard to become a finals threat once again having proven one of the competition’s sleeping giants for far too long. The Blues finished 11th in David Teague‘s first full season at the helm and attacked trade period hard, addressing their need for speed by bringing in Adam Saad and Zac Williams. Such quality came at a cost as Carlton’s first pick slid down to 37, but as the resultant haul shows, there was still plenty of quality available in the second round. Having gained some long-term small forward depth and one of the great sliders of this year’s intake, the Blues are well poised to have another crack at the top eight in 2021.

With two second rounders in the bank and decent live trading record, the Blues were in a good spot to potentially move up the order. Having held their hand, they can ultimately be happy with the result.

Corey Durdin became the first new Blue at Pick 37 and has long been one of the most highly-touted juniors out of South Australia. He was the Under 16 Division 1 MVP in 2018 and went on to feature at senior SANFL level over the next two years. Repeat hamstring injuries hampered him towards the end of 2020, but his turn of speed, tackling pressure, and dominance at ground level are exactly what Carlton would have wanted in a small forward selection. He should challenge for a debut in year one and while he looms as a long-term Eddie Betts replacement, could also play more of a Dayne Zorko role given his midfield acumen as a junior.

With Pick 41, the Blues snared an absolute bargain as Jack Carroll remained on the board. The classy West Australian midfielder may not have been in Carlton’s plans leading into the event, but proved too good to pass up at that range – especially given he was said to have first round suitors. After cutting his teeth on a wing and off half-back, the 188cm prospect transitioned to the inside this season and became a terrific contested ball winner. His clean hands, agility, and class on the ball point towards great upside and he should have plenty of development left being a December birth.

19-year-old Luke Parks was the Blues’ sole rookie selection and a great one at that. The Sydney Swans Academy graduate moved over to the SANFL with Glenelg after being overlooked last year and was superb across a full League season. Intercept marking is his great strength and he should provide solid depth down back given Carlton is running a touch thin in that department, at least as far as talls go. With one list spot left to fill, the Blues may look to bolster that even further with former Saint Jonathan Marsh said to be among those in contention, while the recently delisted Callum Moore is also back training with the club in search of another chance.