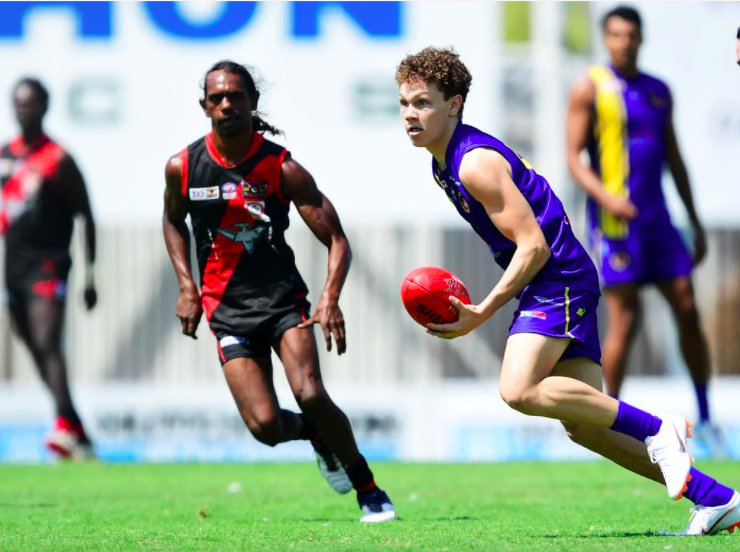 THE RACE for the final top five spot is set to heat up again in Round 11 of the Northern Territory Football League (NTFL) Men’s Premier League, as Waratah and Darwin look to take out premiership contenders and fend off a chasing Southern Districts. Meanwhile, Wanderers will look to boost its percentage against the winless Tiwi Bombers as it battles for top spot, opening a TIO Stadium double-header on Saturday. That, and more in our weekend preview.

Wanderers and Tiwi open the Round 11 proceedings at league headquarters on Saturday afternoon, serving as the first fixture in a TIO Stadium double-header. The Muk Muks are fresh off a frustrating draw against fellow frontrunners Nightcliff, with only percentage separating them from the Tigers at this point. Against the 0-10 Tiwi Bombers, a chance to bridge that gap presents, though the bottom side is getting closer and closer to registering points in 2020/21. The Bombers look like going in without Allen Christensen and Ross Tungatalum though, two players who could have proven game-winners. Without them, Tiwi’s run-and-gun style will do well to breach a Wanderers defence consisting of young gun Brodie Newman, Braedon McLean, and Warwick Williams, while competition leading goalkicker Brett Eddy lurks up the other end. A midfield battle between Tiwi’s Fletcher Carroll and gun Eagle Dane McFarlane also looms, with both players among the best Premier League performers thus far.

Southern Districts will be out to keep in touch with the top five when it locks horns with Palmerston at Norbuilt Oval on Saturday. The Crocs went down in disappointing fashion last week, while their weekend opponents made it two from two against Tiwi and registered a rare win for season 2020/21. Sitting sixth and seventh respectively, time is running out for either side to make something of their current campaigns. Having unfortunately been overlooked at the AFL Draft, Brodie Lake has been named in Districts’ extended squad alongside young forward Tom Demamiel. Lake should provide some good versatility and depth to the lineup, while Demamiel might help steer the Crocs’ forwardline back to some scoring form after managing just four majors last week. Alwyn Davey features among Palmerston’s side, with Chris Williams another big name set to return for the Magpies through midfield.

A clash with heavy finals ramifications is set to go down at TIO Stadium on Saturday evening as St Mary’s and Darwin lock horns in what looks likely to be game of the round. Both sides are riding win streaks which see them edging into the premiership race; with the Saints’ four-game run beginning with a win over Waratah in Round 7, while the Warriors have recently taken out Wanderers and Darwin en route to fourth spot. Raphael Clarke returns to the St Mary’s fold as fellow leader Shannon Rioli goes the other way, but the Saints lineup has looked well settled in recent weeks. Waratah’s balanced side was bolstered by new signing Darcy Lang last week, and backman Lynden Dunn is said to be another former-AFL inclusion this time around as Tahs look to prove their credentials as a serious contender at the top.

Both Nightcliff and Darwin will be looking to make a swift return to the winners list when they do battle at Nightcliff Oval to see out Round 11 on Saturday night. The Tigers have gone 1-1-1 in their last three outings but remain top of the pile in their premiership defence. After a fast start, Darwin’s early streak was brought to a halt by Nightcliff in Round 5 and more recently, the Buffs have lost three of their last four matches. Dylan Gordon looms as a handy addition for Darwin with young guns Isaac Seden-Kurnoth and Antonio James also in the mix for a return. Tom Boyd has been named in Nightcliff’s squad as Danny Butcher again looks to break the grade, pointing towards great squad depth. Veteran Cam Ilett has been in good goalkicking form of late, not to mention Kyle Emery, who has booted 33 majors this season. He should have an entertaining shootout with Double Blues spearhead Brodie Foster, who lays claim to 27 majors thus far.